A commercial vineyard is investigating planting native plants and cover crops under vines as an alternative to spraying herbicides on the area. 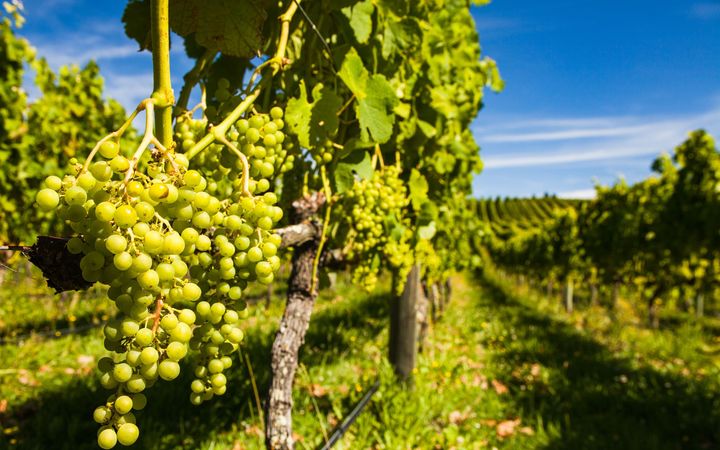 Villa Maria's co-ordinator for the project, Raquel Kallas said conventional practice in New Zealand vineyards was to maintain a bare strip under the vines by applying herbicides, typically two or three times per season.

But she said planting low growing native plants or other cover crops would reduce the use of chemicals and tractor fuel and improve soil health.

"It has the potential to reduce the labour required for weeding in the long-term. Other benefits could include increased biodiversity, improved soil structure, reduced runoff and potentially better retention of soil moisture."

Preliminary data from a trial that has been running since spring showed that the native plants and cover crops are not competing with the vines for water. The plants had also not affected vine vegetative growth at this point in the season, Ms Kallas said.

"The management of the vineyard floor is very intensive - it's incredible the amount of time and money we spend on it,

"So finding something that takes care of itself would be a dream come true," she said.

Kallas said the biggest challenge if the project proved successful would be the cost of establishing native plants on a large scale.

"Possible approaches could involve collecting our own seeds and growing them from scratch or finding a seed supplier," she said.

Steve Penno, Director Investment Programmes at MPI said the SFF fund supported problem-solving and innovation by co-investing in initiatives that made a positive and lasting difference to New Zealand's food and fibre sectors.

Penno said finding an effective alternative to herbicides would not only be of great benefit to the environment, but it may also be a unique selling point for the marketing of future wines.

"Consumers are increasingly concerned about how their food is grown and are seeking sustainable options," he said.