A nationwide groundwater assessment, that for the first time includes testing for the pesticide in Roundup, is now months overdue. 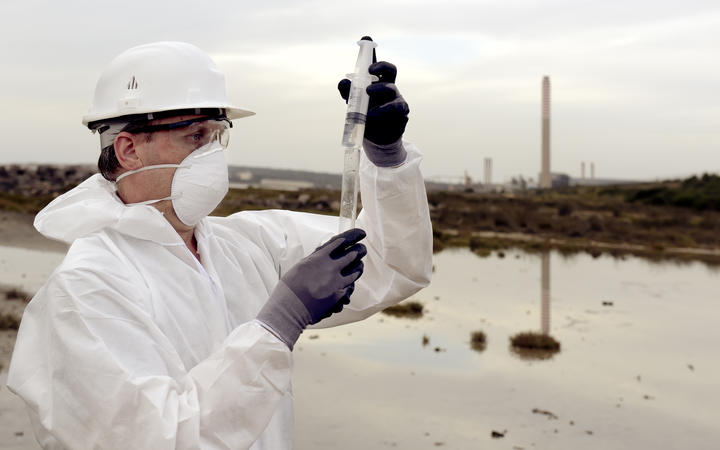 The latest report from ESR was due at the beginning of the year. Photo: 123RF

Crown research institute ESR does the pesticide survey every four years for participating district and regional councils, with samples taken from 165 water wells, and more than 80 pesticides tested for.

The latest survey is, for the first time, testing for glyphosate - the active ingredient in popular weed killer Roundup.

The glyphosate test was not done in previous surveys because it requires a separate process and was too expensive.

The latest report was due at the beginning of the year.

ESR principal scientist Murray Close said technical issues in a laboratory processing samples has meant the report was now expected to be released to councils by the end of September.

ESR said a "power outage compromised some of the testing equipment".

Chemicals and pesticides researcher and writer Jodie Bruning said the delay was not acceptable, and it came down to a lack of political will to provide ESR with enough resources.

"The lack of funding is shameful, and actually ESR are ... this valiant little group, they're the only people doing national testing and thank God for the work they've done."

Bay of Plenty Regional Council science manager Rob Donald said the council was interested in receiving the report "as quickly as possible".

He said previous sampling had not found significant levels of pesticides in Bay of Plenty groundwater, so the delay was unlikely to be an acute concern for the region.

Hawke's Bay Regional Council said it has asked for its results to be released to it by ESR, and it has received them.

The council said it has not found pesticides in its groundwater, and did not take part in the glyphosate part of the survey because the substance was unlikely to dissolve into the water table.

"We will assess the results found by those regions who have included [glyphosate testing] to review that decision and if required add it to any future monitoring runs," the council said.

Environment Canterbury groundwater science manager Carl Hanson said ESR has told his council that nationally, glyphosate was only detected in one water well from the 139 tested - and this was not in Canterbury.

Mr Hanson said the amount of glyphosate detected was far below the World Health Organisation's limit.

Taranaki Regional Council environment quality director Gary Bedford said staff of regional councils were advised of survey results in May, and it is only the full national report that has not yet been finalised for release.

About 40 percent of people in New Zealand rely on groundwater for drinking.

Glyphosate is the most widely used herbicide in the world, including in New Zealand.

It's approved for use in New Zealand for weed control.

The majority of the wells in the 2014 survey showed no change in the amount of pesticides present compared to the previous 12 years.

Pesticides were found in 17 percent of the wells, in that survey. Only one well contained a pesticide (dieldrin) at a concentration greater than allowed for drinking water.

Glyphosate use being phased out in some overseas countries

Bayer subsidiary Monsanto, which makes the pesticide, has recently lost legal cases in the US taken by people who say the product caused their cancers.

The company has indicated it will appeal the decisions. It says its product does not cause cancer.

A Joint Food and Agriculture Organization/World Health Organization project reviewed in detail - in 2004 and 2016 - glyphosate's toxicity and dietary risk and concluded it was of low toxicity.

In March 2015, the International Agency for Cancer Research said glyphosate was "probably carcinogenic to humans".

The Ministry for Primary Industries reviewed this report and concluded that the dose required to meet that carcinogenic threshold did not indicate a credible risk under normal use.

A number of countries including France, Austria and Greece have banned the product or intend to phase out its use, and states and districts within countries, such as Canada, India and Spain, have barred its use.