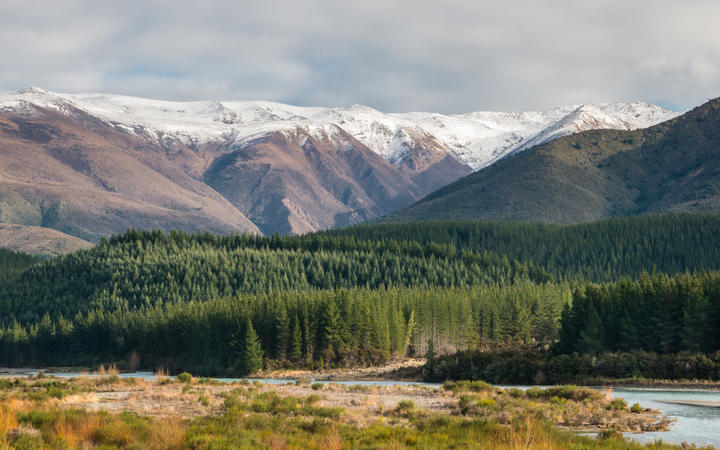 It fears large-scale forestry conversion puts the rural way of life at risk by replacing the daily flow of the rural economy with a 25-year investment.

The organisation's plea for reform has come in a formal letter to the Minister of Finance, Grant Robertson, signed by its vice president Andrew Hoggard.

It was copied to associated Finance Ministers and to the Ministers of Forestry, Agriculture and Land Information.

It said the current law encouraged overseas investment in forestry and offered streamlined ways to do this.

This eased entry to foreign investors could be costly.

"This encouragement has been implemented through the government's November 2017 Ministerial Directive Letter to the OIO and its October 2018 revised test for forestry investment.

"Since then, Federated Farmers has become increasingly concerned by a reported increase in sales of farmland to investors for blanket conversion to forestry."

Federated Farmers' letter has come in the wake of in-depth research on this issue by RNZ, which showed among other things, a forestry company getting a free pass to buy land which had not yet been specified.

In a statement, Grant Robertson's office said the letter did indeed come to his office, but he did not see it.

The letter was then transferred to the office of the Associate Minister of Finance, David Parker, who passed it on to the Minister of Forestry, Shane Jones.

It is not clear what has happened since.

The letter comes ahead of a planned protest march on parliament by farmers worried about this very problem.

The Federated Farmers' letter said most people working the land were not opposed to forestry in principle.

"It is common for farmers to have small forestry blocks (exotic and native), and/or aspire to plant parts of the farm in forestry," the letter said.

The letter went on to say farmers would willingly plant more trees if they could guarantee a reliable and decent income off the land that remained, and knew that their regions and local communities would continue to survive and thrive.

They feared this would not happen if actively worked farms were covered up with trees that took decades before they were milled or were perhaps never milled at all.

Federated Farmers added Treasury had been reviewing the Overseas Investment Act, but its terms of reference excluded the forestry investment test.

With the OIO direction letter in place for nearly two years and with the revised test for forestry investment in place for one year, now was the time to review the rules.