New Zealanders should get to grips with gene technology and not bury their heads in sands of short-term thinking, according to one of this country's leading scientific thinkers. 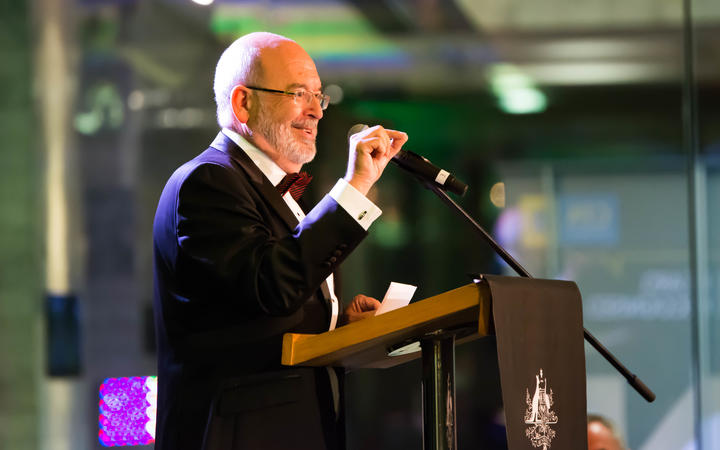 Sir Peter Gluckman is a former chief science adviser to the prime minister, who has held many academic posts and currently heads a multidisciplinary think tank at Auckland University.

In a speech to the annual conference of Horticulture New Zealand, Sir Peter said New Zealanders must seriously debate evolving technology such as gene editing, and not leave it mired in rhetoric, and conflated with politics.

Sir Peter told his audience there had been centuries of change in organisms' genetic make-up, which was speeded up with gene transplants in the 1970s.

From the start, there were strong objections to this: unwanted genes could be transferred from one species to another, genetically modified food would be unsafe to eat, playing with the genome was philosophically wrong and huge corporations would use technology to take over the food industry.

"In New Zealand, the debate quickly became conflated with politics, and still is," Sir Peter told his audience.

"Activism and extreme rhetoric reduced the quality of informed debate."

In 2001, a Royal Commission effectively put a moratorium on genetic development.

Yet that development soon surpassed the commission's own level of technological debate.

Most notably, this involved gene editing, which altered aspects of a gene, and how it operated, without changing the gene itself.

This differed from genetic modification as considered by the commission, and could have major benefits.

"They are not able to be field trialled here, but may be an effective way of sustaining productivity while lowering dairy cow numbers and the environmental burden of methane emissions.

"(They would also) avoid the need for chemical inhibitors yet to be developed or licensed, with their own issues that may well affect consumers' attitudes.

"But without field trials in local conditions, we simply do not know how effective they might be."

Professor Gluckman said it was essential to debate these matters fully, without hyperbolic claims on either side of the argument.

"New Zealand should be much more confident about its ability to engage in debates on values, irrespective of outcome," he said.

"Yes, such debates are hard, but avoiding them harms ourselves as a nation."

He went on to say matters like this could be considered by a sort of Citizens' Assembly.

These had been used to consider contentious matters in Ireland and involved 99 names randomly chosen from the electoral roll.

They would address a particular set of problems, with a Supreme Court judge as chair, and experts giving evidence.

It was essential to do something like this, Sir Peter said.

"If our country does not periodically consider how to use or not use evolving technologies, we run the risk of becoming a backwater with a declining competitive position," he said.

"We must to find a way to have ongoing conversations about fast moving and evolving technologies; burying our heads in the sands of short-termism can have serious long-term costs."

Claire Bleakley of GE Free New Zealand said it was not true to say gene technology was not being debated.

The long-time campaigner against genetic modification said her organisation had been raising the subject for 20 years but had often been ignored by scientists.

Ms Bleakley said there had to be proper oversight of any GE developments by an organisation that people knew they could trust.

"If we are to go down this track we have to have robust legislation. That [would involve] a third party, government-approved organsisation that we can rely on as consumers, farmers and scientists."