A vet whose determination led to the identification of the cattle disease Mycoplasma Bovis in New Zealand has been recognised for her contribution to the farming sector. 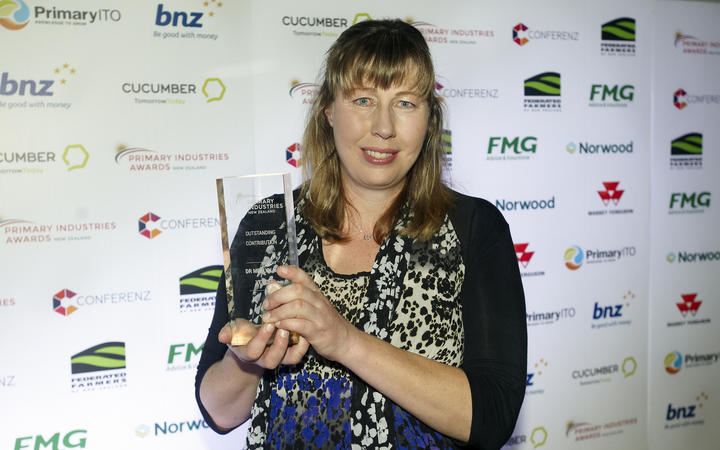 The audience heard Dr Hay was not satisfied she had found the root cause of the unusual and distressing symptoms she had observed in cows and calves on a South Canterbury property and left no stone unturned until the cause was diagnosed.

Dr Hay's nominator said there was no doubt her detection in July 2017 had meant New Zealand had a good chance of eradicating M bovis.

What made Dr Hay's work remarkable was the fact M bovis had previously not been found in New Zealand and was not among the high profile diseases vets are expected to keep an eye out for, they said.

"If Dr Hay had not been so tenuous and vigilant and it had been months or years later before Mycoplasma Bovis was first detected it is highly likely we would just had to live with the disease as farmers in other countries do.

"Arguably, Dr Hay has saved the New Zealand primary sector millions of dollars and potentially enabled our country to achieve something no other country has managed - to rid itself of this disease."

One of the judges of the award said rural vets were always willing to go the extra mile, but the actions of Dr Hay had given that a whole new meaning.

"She didn't have to do what she did but the country is better for it," the judge said.