New Zealand scientists are helping to develop new varieties of dragon fruit that will be commercially grown in Vietnam. 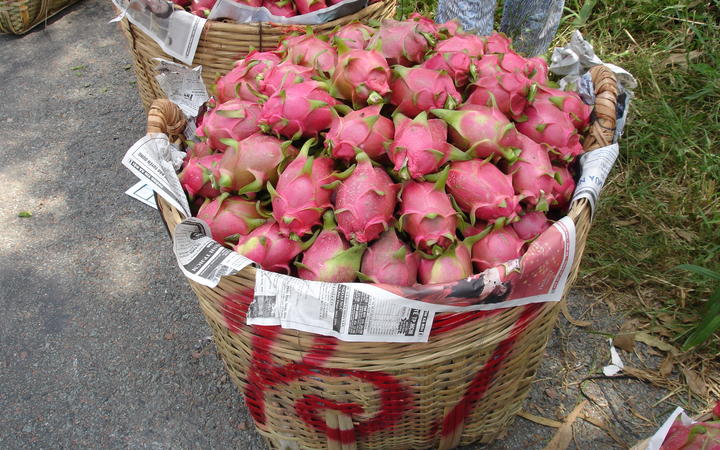 As part of an aid programme funded by the New Zealand government, Plant & Food Research have been working with partners in Vietnam since 2013 to support economic growth through the development of high-value dragon fruit.

The project leader at Plant & Food Research, Michael Lay-Yee, said through this breeding programme it had identified three promising dragon fruit varieties that were getting close to the point of being ready to be grown commercially.

Dr Lay-Yee said Vietnamese dragon fruit was shipped to over 60 countries in 2018, making it the country's largest fruit export.

But there was potential to get more value out of exports, he said.

The new varieties were being developed had some amazing tropical flavours, he said.

"We have three advanced selections which we are working through checking production yields, quality, post-harvest storage life and we're looking to probably commercialise at least one of those late next year."

As part of the programme Vietnam's horticultural sector had been advised to grow the new varieties in a controlled manner to ensure farmers could get more value out of their produce.

This was a new model for Vietnamese farmers, who were excited about the project, Dr Lay-Yee said.

"They are getting very excited now, the potential for them with the new varieties, particularly if we commercialise them carefully... through this controlled production model we should be able to maintain premiums for the fruit, so it doesn't become a commodity."

The programme was focused on dragon fruit, however, the breeding, production, postharvest and commercialisation capability developed from the programme were transferable to other important crops for Vietnam, he said.

Dr Lay-Yee said through this project they had also discovered it would be possible for the fruit to be grown in Northland in New Zealand.