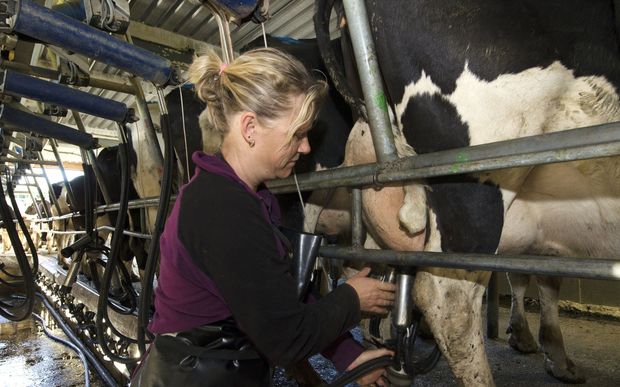 Pasture consumption is being shown as an important factor in a dairy farmer's profitability and income. Photo: 123rf.com

DairyNZ's newly released economic survey shows the largest increases in spend during the 2017-18 dairy season (1 June 2017 to 31 May 2018) were on feed, repairs, maintenance and labour.

A senior economist for the industry group, Matthew Newman, said it was likely expenditure had increased further in the 2018-19 season, which comes to a close this month.

"The 2017-18 season was difficult due to a dry spring/early summer for all regions. That affected pasture growth and peak milk production. It's also the season that Mycoplasma bovis was discovered," Mr Newman said.

"Overall, the break-even milk price increased 70 cents to $5.87 per kg milksolids in 2017-18, due to the higher farm working expenses, increased tax payments and increased drawings."

Mr Newman said the survey was a good reminder that the sector needed to maintain competitiveness by striving to produce milk at profitable margins and being prepared for fluctuations in milk prices.

He said along with the economic survey, DairyNZ also collated other information that would help farmers plan for the season ahead.

DairyNZ farm business developer Angie Fisher said it had analysed the financial figures of top-performing dairy farmers, to get a good picture of what influenced profitability and returns.

She said the the biggest single physical difference in highly profitable farms was pasture consumption per hectare.