A new agri-tech innovation could help New Zealand farmers to diagnose crop viruses, according to an expert in molecular diagnostics. 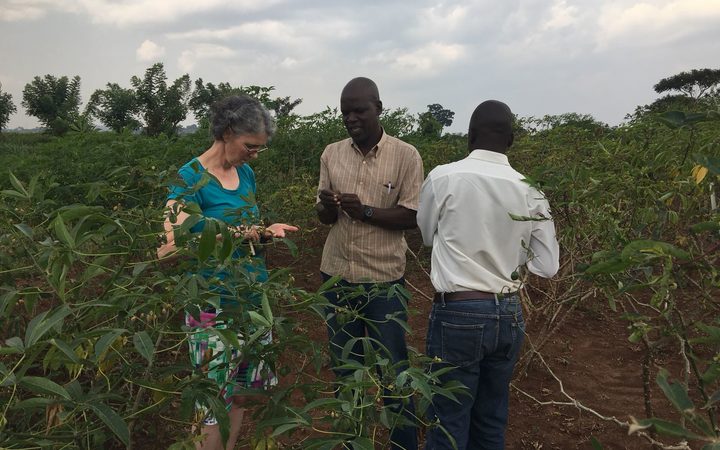 Dr Jo-Ann Stanton says the device has been used to help African farmers pick up on crop viruses in a much more efficient manner. Photo: Supplied

An international team of scientists, including Jo-Ann Stanton from Otago University, have invented a hand-held device that can sequence a viruses genome so farmers can quickly identify the disease without leaving the field and act to mitigate it.

Dr Stanton, who is a senior researcher specialising in molecular diagnostics, said the technology was easy to use and had reduced the time farmers in Africa had to wait for diagnoses from six months to just four hours.

For cassava farmers with infected crops, this could help them escape a cycle of debt and poverty and give them the chance to build a house and send their children to school, Dr Stanton said.

"You can take a leaf, extract the DNA and sequence that DNA, and you can then tell whether that plant or that field has been infected with one of the viruses that are causing trouble," she said.

Dr Stanton said her team was able to identify infected cassava crops, as well as disease-carrying flies, in Tanzania, Uganda and Kenya.

The technology could be used in New Zealand to identify pathogens at Border Security, and diagnose those that are already here like Mycoplasma bovis, she said.

"DNA is in everything... so if you've got a diagnostic sequence that basically says 'this is the little beastie that is infecting my crop', you can identify it immediately and you can take immediate action to either to contain it, remove it, or let it go," she said.

Dr Stanton's team, along with SciGen New Zealand, plan to refine the device but hope to have working prototypes in New Zealand by the end of 2021. 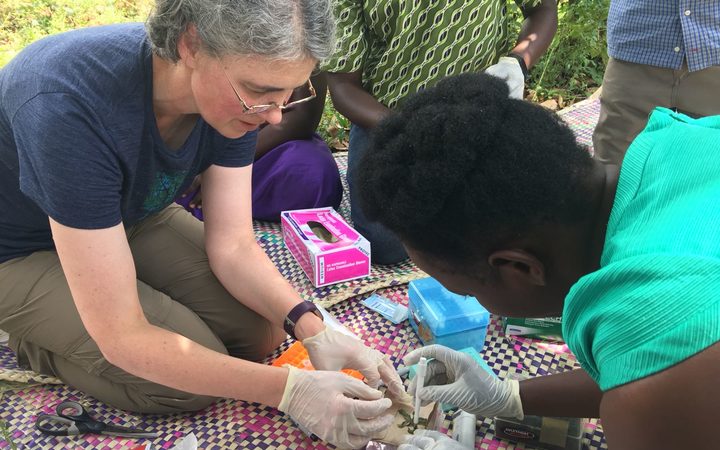 Researcher Jo-Ann Stanton says the device reduced the time farmers in Africa had to wait for diagnoses from six months to just four hours. Photo: Supplied