Potato growers have become resigned to having the so-called "potato mop top" virus remain in their midst. 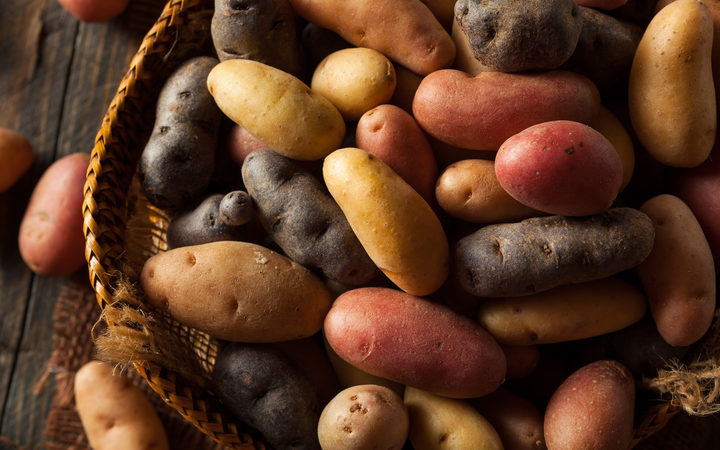 The virus is not a health hazard but it lowers growth in potato plants and so reduces the yield from a crop.

Both Potatoes New Zealand and Biosecurity New Zealand have said the disease cannot be eradicated, so it will have to be managed instead.

As a result, Biosecurity New Zealand has withdrawn the status of unwanted organism from the virus.

Instead, the disease will be managed by the potato industry with assistance from Biosecurity New Zealand.

The virus will however keep its status as a notifiable organism.

The chief executive of Potatoes New Zealand, Chris Claridge, said the disease spreads via a soil fungus called powdery scab, which is widespread in New Zealand.

As a result the virus could become more common.

"It can last for years in the soil," Mr Claridge said.

"In effect, it sits there acting like a landmine, and so if you put a crop into a field you can have a subsequent decrease in yield.

"You can also have a number of defects in the potatoes that renders them unsalable."

Biosecurity New Zealand said far four farms had so far been confirmed with the disease, but the number suspected of being infected had been downgraded from 18 to ten.

"We didn't want it, we know the effect of it and it hasn't been eradicated anywhere else."

He said the potato industry was adaptable and would work to manage and mitigate the impact of the disease.

"What we don't want to get into is, 'the cure kills the patient', we are being pragmatic, we recognise that the probability of eradication is very very low.

"The first thing is to understand the extent of it and put in place long-term surveillance programmes and manage this to mitigate the impact of the virus."