Midhirst dairy farmers in Taranaki are donating any hay bales they can spare to farmers in coastal parts of the region who are facing a feed shortage. 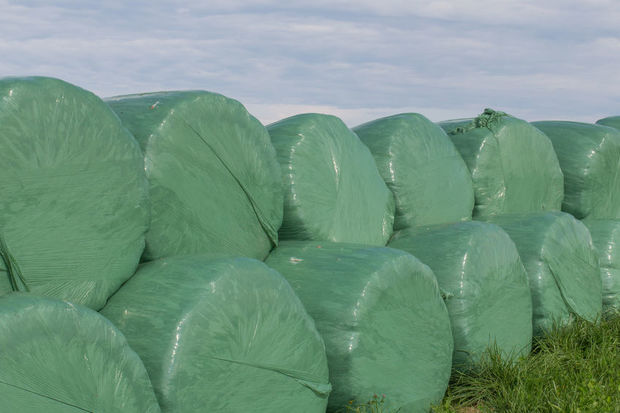 The dry summer has had a significant impact on pasture and crops across the drought-hit region, with growth rates estimated to be down by at least 40 percent.

Taranaki Rural Support Trust chair Mike Green said coastal Taranaki had been particularly hard hit, with many farmers having to dry off their herds early and reduce stock numbers as they did not have enough feed.

"Whilst [pasture] covers are coming through now, there's huge impact going forward ... the biggest potential impact at the moment is going to be at calving time, just with regards to guys being able to get cows to a condition score ... you know getting through calving without animal health issues," Mr Green said.

One of the leaders of the feed drive, Midhurst dairy farmer Kelsey Espin, said she felt compelled to help after seeing the situation coastal farmers were facing.

"I went for a drive and was horrified by the conditions and thought we had to do something. I felt like crying after seeing the bare paddocks. It was heartbreaking."

She and her father John Espin sought support from other farmers at their local Midhurst Dairy NZ Discussion Group.

Some were naturally hesitant at first as they too are short on feed, but were soon convinced, Ms Espin said.

"The whole of the North Island has been hit by the drought and in general feed is low. But it's hard to say 'no' to those who have absolutely nothing."

To take the pressure off, they asked farmers to donate just one bale.

Kelsey Espin said so far about 30 bales had been donated - but she expected that number to rise.

The feed was being stockpiled and then would be distributed by the Rural Support Trust to affected farmers, she said.