Seawater flooding of rural properties in Kaiaua is going to have a serious impact on farmers, Federated Farmers says. 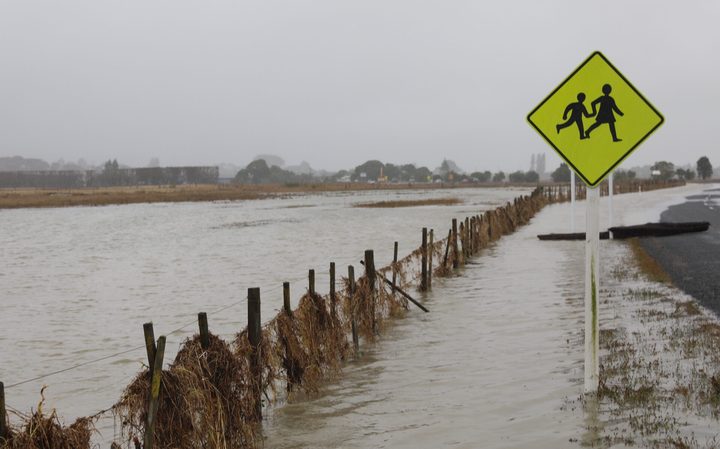 Wild weather and a king tide last week caused widespread flooding in the coastal region on the western side of the Firth of Thames, leaving behind soaked properties filled with debris.

He said farmers would now have to wait for rain to wash away the salt before they could replant grass.

"It's become evident that there are quite a few farmers there who [have been] significantly affected by the tidal inundation - one farmer 100 percent and others to a lesser degree," said Mr Robinson.

"While there aren't a lot of farmers, there is still significant impact to those [who have been affected]."

Area civil defence controller Steve Fabish said about 50 rural properties have been affected by the flooding.

Farmers are already having to sell their stock.

Rural Support Trust's John Bubbs visited about 25 farms in the affected areas and said many farmers are having to sell their stock three or four months ahead of the usual market time.

He said the sea water combined with the hot and dry weather has made the situation worse.

Mr Bubbs said the only resolution is to wait for rainfall to rejuvenate the crops.

MetService said rain was forecast for Friday and Saturday but would only be showers.

It said farmers would have to wait until the middle of next week for any possible significant rainfall.

Minister of Civil Defence Kris Faafoi is to visit the area today for a briefing on weather damage and recovery activity.

Mr Faafoi will also travel north on State Highway 25 to view storm damage and to meet with community at Te Puru.

He will also visit local residents in Kaiaua.