A South Canterbury blackcurrant farm is cashing in on the berry's "superfood" status. 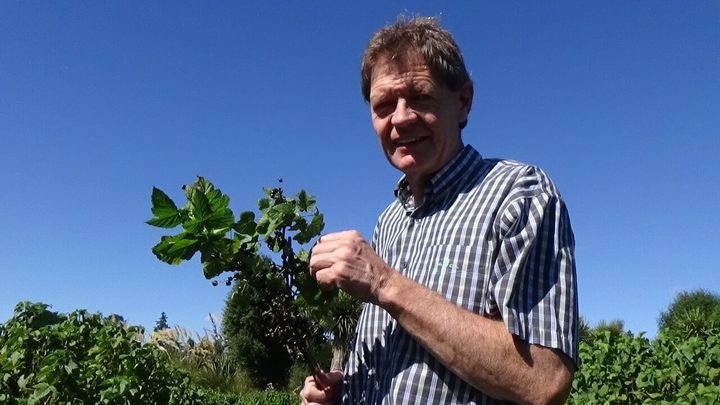 Tony Howey and his wife bought a blackcurrant orchard near Pleasant Point, about two hours south of Christchurch, 12 years ago.

In the past few years in particular, and since converting their farm into an organic one, their business and brand ViBERi has taken off.

Mr Howey said since blackcurrants were high in Vitamin C and antioxidants, they were able to market their products for their health benefits.

They've now developed a diverse range of products, and are getting a lot of demand from countries such as Taiwan, South Korea, the United States, Australia and Japan.

"We started off doing frozen blackcurrants, and then we developed a soft currant sweetened with organic apple juice because it's a bit tart, then we developed four different chocolate ranges and most recently we created blackcurrant powder ... mainly aimed at the sports and nutrition, and health markets," he said.

But Mr Howey said theirs was a different story to many other blackcurrant growers in New Zealand, who were hit hard when Ribena decided to look elsewhere for the berries.

New Zealand has about 30 blackcurrant growers who produce around 8,000 tonnes of the fruit every year, but some have recently decided to rip out their crops.

"Ribena the brand used to, up until last year, take over half of the whole New Zealand crop, so they were a significant player in the market place ... and then the company decided to source from another source so that has been very difficult for the growers who were growing for that brand.

"And a lot of those growers are reducing their area, while we're actually increasing our area for blackcurrants."

Mr Howey said there was hope for blackcurrant growers to bounce back, if they tap into the health and superfood market.

"Where there difficulties there's always opportunities, and I think the blackcurrant industry will really get some strength. There's a lot of research and development into the health benefits of blackcurrants at the moment, so long term it will bring the industry together and it will unite it, but it might take a year or two to get there."