A new report showing nitrates can accumulate in rocks then leach into waterways - leading to long-term pollution - is another nail in the coffin for artificial nitrate fertilisers, an academic says. 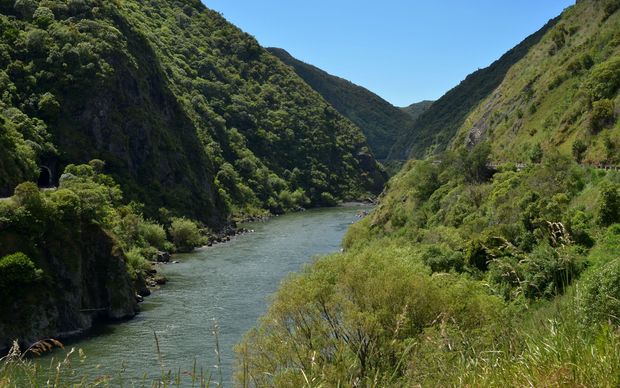 A paper published by researchers at the British Geological Survey has found vast quantities of nitrate across the globe stored in rocks above drinking water resources.

The authors estimated up to 180 million tonnes of nitrates are stored in rocks worldwide, perhaps twice the amount stored in soils.

"What we're seeing in rivers for short periods is big masses of algal growths. It drives fluctuations in oxygen and a couple of measurements in the Manawatū Gorge show such extremes nothing can live in these rivers," he said.

Dr Joy said the report was another nail in the coffin for artificial nitrate fertilizers.

"It's another facet that I hadn't really thought about before, I mean we knew there was enough problems without adding that to it."

"It's just another nail in the coffin for artificial nitrogen."

Hydrologist and lead author of the report Matthew Ascott said that with big investments being made to reduce water pollution, it was important to understand what pollution was already in the environment.

"When this pollution is released it will continue to impact water quality for decades, in some cases, even where controls on fertilizer use have been put in place," he said.

"Look, we've got a thing called a national policy statement of fresh water and it sets - or directs councils - to set water quality limits.

"We also have a drinking water quality standard, which is internationally recognised through the World Health Organisation."

Mr Allen said New Zealand was at the forefront of countries improving on nitrate use.

Dr Joy said it was never too late to stop intensification and reduce the addition of artificial nitrogen.

"We lived without it a hundred years ago and we can certainly do without it in the future."

He said food and milk production with oil was unsustainable and needed to be stopped.