One of Horowhenua's wettest winters is testing vegetable growers. 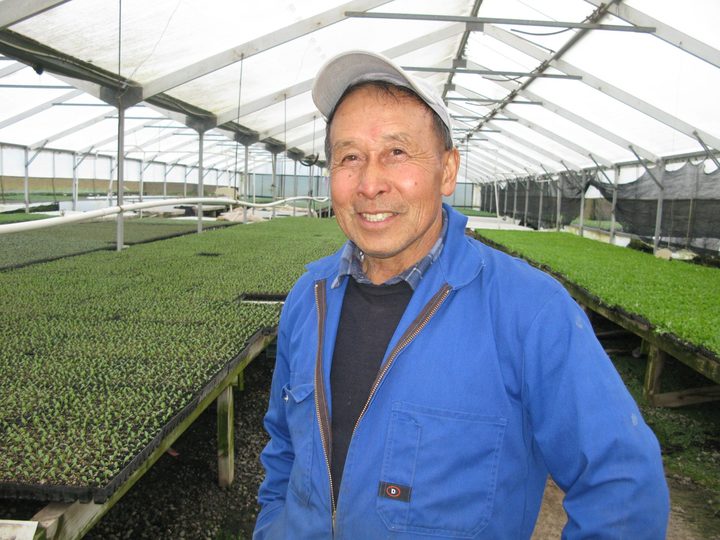 Gordon Sue, 72, said it was the wettest winter he can remember. Photo: Supplied

Second-generation farmer Gordon Sue and his two sons grow more than 10 different crops on their land on the outskirts of Levin, but they have been struggling to stop them failing in the waterlogged soil.

Mr Sue said he did not know how much rain fell this winter, but he reckoned it was definitely the wettest in his 72 years on the land.

"It's never ever been this wet, ever in all the time I've been farming with my dad."

The weather was a struggle for business, he said.

"You take the knocks, you can't ride the crested wave all the time. You fall off now and again, we're making a go of it. We tighten our belts up, it's all we can do."

MetService figures back him up.

Mr Sue and his wife plant all their own trays for seedlings, which helps to keep costs down.

But the ground was so wet in the past few months, they lost crops, he said.

"Some crops we've cut nothing out of. We've just had to chop them all up, lettuces, some broccoli haven't been too bad. We haven't been able to get enough manure on some of them and they're no good at all. We'll lose 100 percent."

Recent rain, hail and snow in Canterbury and Pukekohe have also ruined some crops and made it impossible to harvest others because machinery could not get into paddocks, Horticulture New Zealand said.

The weather has driven up the price of vegetables by nine percent this winter, compared with a year ago.

Many shoppers have no idea what goes on before produce hits supermarket shelves, Mr Sue said.

"You've got to feed them [plants], nurture them, spray them with fungicides. We use natural fungicide."

Many growers were making a huge effort to reduce their environmental footprint, he added.

"We use a lot more fish food [for fertiliser] now more than ever, and it helps the crops, stops the insects getting on it. People don't realise you can't just put them in the ground and they'll grow."

Mr Sue was taking a long-term view, and said that forsaking profits now to take care of the soil preserved the farm for future generations.