Cases of potentially deadly disease leptospirosis in New Zealand for the first six months of this year are triple those of the same period last year, and may be linked to flooding clean-up. 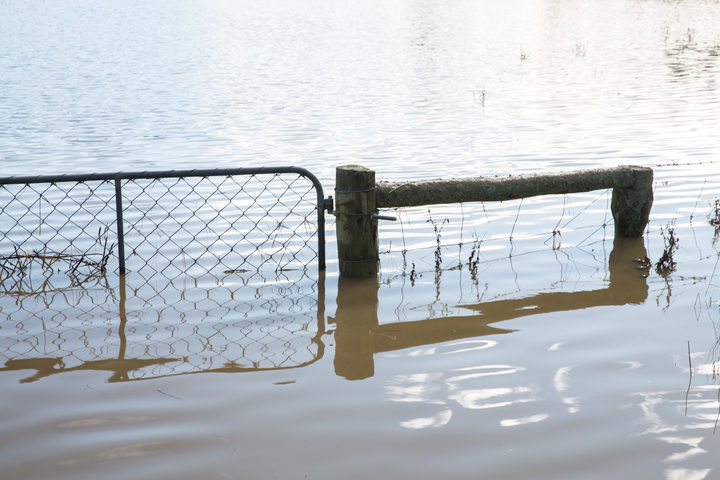 If the rate of infection stays steady, it will reach 1981 levels not seen since herd vaccinations were introduced that year.

Cases in the past six months have already reached last year's total, when there was a spike in December.

The disease is typically seen in farmers and meat workers because it can be picked up through cow urine.

It can feel like a bad case of 'flu but can progress to kidney and liver failure, and sometimes death.

Figures from the Ministry of Health show 91 people contracted the disease in the past six months, and more than two thirds have been hospitalised.

"I find this alarming, and that's not a word I use often. We've had a tripling of incidents in the first half of 2017 ... that is most concerning.

"There are also some changes around who is getting it and some of the information that we have. We also know that about a third of people with lepto have long-term unfortunate events later on, like muscle pain and depression."

It was only once vaccinations of pigs and dairy cattle were introduced in the late 1970s that the disease was brought under control. Before that, numbers had peaked around 800 cases a year, devastating rural communities.

She said the main difference between leptospirosis symptoms and those of the 'flu was that there were no respiratory problems such as a blocked nose with the former disease.

"With calving beginning, more people including children are likely to be closely involved with animal and animal waste. Wet ground provides abundant sources for infection.

"A robust herd vaccination programme goes a long way to keeping rates down, as it can break the cycle of infection."

Call to take care around floodwaters

Waikato had the highest number of cases, with 33 in the past six months. Canterbury has had eight cases and the MidCentral DHB has had five.

The Waikato Population Health Service is investigating why the region experienced such a large spike in the disease.

Dr Benschop said one big contributing factor was the number of floods and cyclones this year, because water can carry the disease.

"Our medical colleagues in the Waikato, they feel they are seeing cases associated with flooding. What the data is telling us is that there is a subtle change in the people that get lepto."

Dr Benschop said New Zealand had one of the highest rates of the disease among OECD countries, and while farmers and meat workers were still contracting it, there had been more cases with no link to animals.

"Be careful around floodwater. If your skin gets wet and damaged from wading through floods, then the lepto can enter through damaged skin.

"I've been seeing people on the TV recently cleaning up after floods ... it's a horrible mucky job and I'm seeing some people not wearing gloves or gumboots.

"When we're talking about floods we also need to think about not just lepto, but other waterborne diseases."

The new figures also showed a rise in the number of women contracting leptospirosis.

"It used to be predominantly - 95 percent - men, and now these new figures are about 20 percent women. That all ties in with a change in epidemiology and the demographics.

"It looks to me like what we've seen in the Netherlands... with changes in environment and climate associated with beech seed fall, which makes rodents more predominant, and then we've had tremendous flooding."

Dr Benschop said it was likely the number of cases for the second half of the year would be similar or worse, with no clear evidence rates related to seasons.

She said people had told her there could sometimes be more cases in spring when people were more exposed to animals with farming activities such as calving and meat works.