Oamaru has already had its wettest winter on record, with more than four times its usual July rainfall during the weekend's storm, Niwa says. 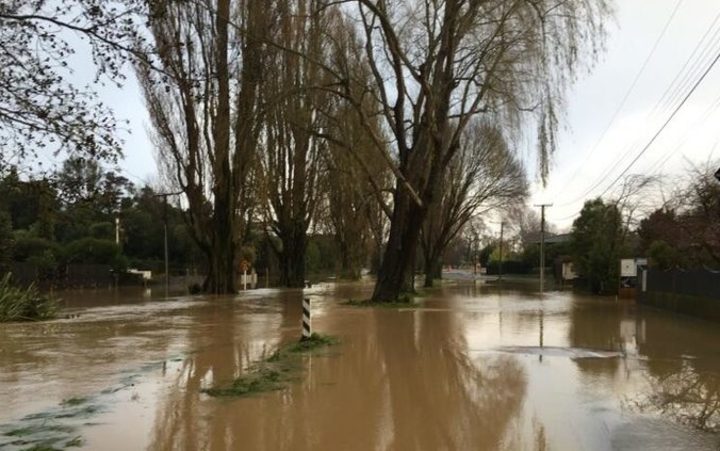 Niwa meteorologist Chris Brandolino said the town, one of many hit by very heavy rain over the weekend, also recorded its wettest day since records began in the town in 1950.

It had 173.8mm over the entire event, more than four times normal July rainfall, with 161.2mm falling in 24 hours alone smashing the previous single-day record of 128mm in April 2006.

"Last week was a very active week, we're talking the period of that Friday through to Sunday, over that three day period over the east of the South Island," Mr Brandolino said.

"Prodigious amounts of rainfall occurred from Dunedin to Christchurch."

"When you're talking equal, or double, or four times the amount of rain that you would normally get in a month, but you get it in a day or two, that's the reason for the flooding.

"So anyone dealing with that is probably in a not too good place over the weekend.

"July is going to go down as a very wet month." 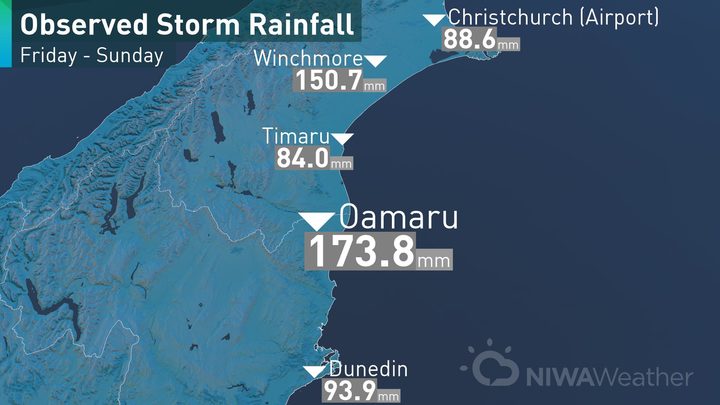 In Christchurch, part of the problem was that the heavy rain coincided with higher-than-normal tides, he said.

"It could've been a lot worse if the tides were a little bit earlier in terms of the peak of the king tide, or if the storm was a bit later by like a day."

The peak storm tide hit Christchurch about 3:15pm on Saturday, the highest recorded in 13 years at Sumner.

"They still overlapped enough to produce that outcome in Christchurch with the Heathcote River." 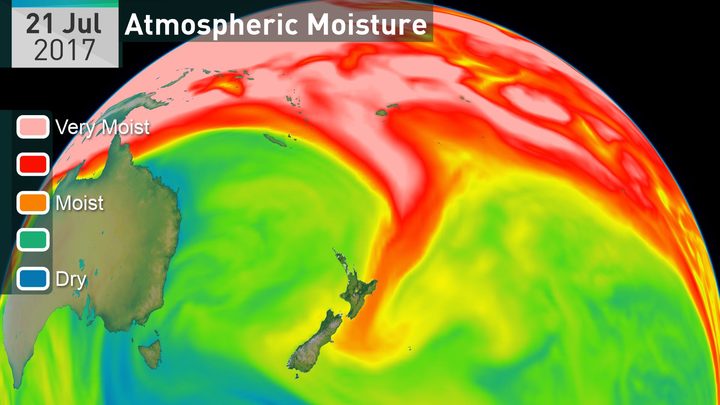 What brought the heavy rain was an "atmospheric river", which New Zealand is susceptible to, but is also common in parts of Europe and the western part of North America.

"It's invisible but you can see it with weather tools such as a weather satellite, this plume of moisture coming from the tropics.

"When this happens you tend to get extreme rainfall events ... and New Zealand is prone to these.

"We've had some very active weather going back to the Tasman Tempest in March, we've had Cyclone Debbie, there was of course Tropical Cyclone Cook moved in just before the long Easter weekend."

Recent research showed atmospheric rivers occurring about 40 days a year in New Zealand, and up to 48 percent of rainfall extremes for parts of the country were linked to them.

There might be some more rain across the country to end the month, but thankfully nothing headline-grabbing was forecast, he said.

"There may be some rain that impacts Christchurch, Kaikōura. It won't be a lot but for the areas that have already had flooding it'll be the last thing they want.

"Thursday night there may be some locally heavier rain that impacts Kāpiti Coast, Wellington.

"Then it looks largely stable and quiet next week to end the month of July."