The total number of sheep in New Zealand is continuing to fall, with a decrease of 1.5 million animals in the year to the end of June. 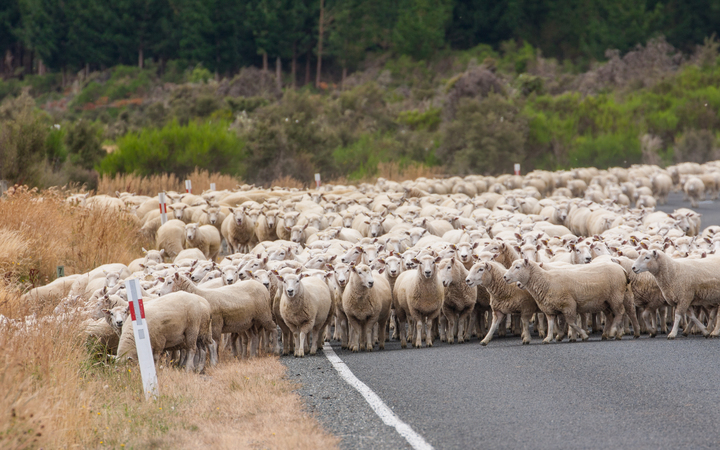 Counting sheep: There are now just over 27m sheep in New Zealand, down from the historic high of over 70m in 1982. Photo: 123RF

There are now just over 27m sheep in New Zealand, which is fewer than six sheep per person.

Federated Farmers Meat and Fibre chair Rick Powdrell said the downward trend over the years was mainly due to a rise in dairy farming.

"It's certainly been around the boom in dairying. At the end of the day if you've got good land you can dairy on - then that's a far more financially viable option and we've seen a lot of farmers take that option."

However, he said the five percent decline in the past year has been driven by severe drought conditions in North Otago, North and South Canterbury, and coastal Wairarapa.

"A lot of those farmers, particularly in North Canterbury, their sheep numbers have fallen markedly. Some of those farmers have gotten to the point where they only have perhaps 10 percent of their stock on farm."

Mr Powdrell said this time last year he would have said the number of sheep were stabilising, but with current market conditions numbers could fall further.

"The sheep industry and sheep numbers are under threat again. Everyone within the industry has been saying for some time that the medium to long term outlook for sheep meat is good but we've been saying that for a number of years now..."

Figures from Statistics New Zealand showed that in the year to the end of June 2016, beef cattle and deer numbers also fell, but the number of dairy cattle remained steady - at 6.5m.