The latest situation and outlook report for the primary sector is forecasting a 0.8 percent drop in export revenue to $36.7 billion for the year to June 2017.

This is down $0.3b from the previous year, but the Ministry for Primary Industries (MPI) is banking on stronger dairy prices helping to pull the export revenue up by over 12 percent in 2018. 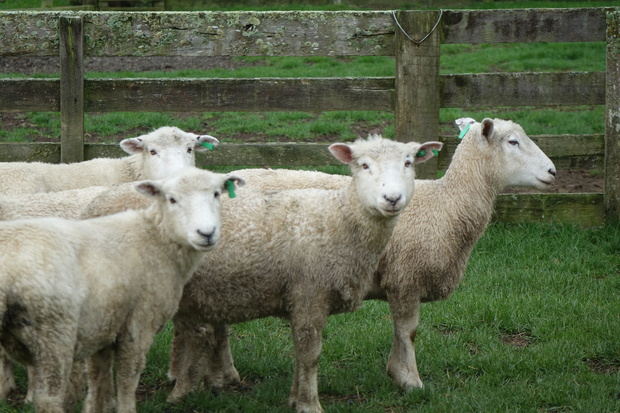 New Zealand's primary sector export earnings are forecast to increase by an average of 5.4 percent per year, reaching $47.9b by the year ended June 2021.

One of the exports expected to be hardest hit is the meat and wool sector.

It's forecast to have one of the biggest export revenue drops in the next year of 10.8 percent and the arable sector is forecast to shrink by 12.1 percent.

The forecast shows an expectation that the meat and wool sector won't recover to this year's $9.2b of exports until at least 2021.

Beef and Lamb New Zealand's chair, James Parsons, is taking the long term forecast with a pinch of salt.

"I'm a little bit sceptical of that to be honest, no offence to the team at MPI, but we're going through a low period with sheep meat at the moment and forecasts are notoriously difficult when you go out beyond a year. Generally when we go through a low period there is a rebound, and my view is that lamb will bounce back."

He said the forecast drop in export revenue is a combination of price and production, and last year was an anomaly for beef production, because of the slump in dairy prices.

"A lot of the extra beef income was driven by a big dairy cow cull, that was a response to a low dairy payout and very high beef prices, so it made sense for dairy farmers to slaughter a few of their animals."

The Minister for Primary Industries, Nathan Guy, said the red meat sector is looking a bit glum and it's brought the overall forecast for 2017 down.

He said one reason behind the drop is Brexit.

"That market has softened. It's a very important and historical market for lamb producers from New Zealand - the UK and Europe account for about 50 percent of our exports.

"If we look over at the US, the US herd has rebuilt and so they are fundamentally in a better situation than they were, we've had a good 12-24 months of increasing prices into the US, that market now has softened and appears to be softening out for a few years."

MPI is predicting a 24 pecent lift in dairy exports between 2017 and 2018, and Mr Guy said it's pleasing to see the market rebound.

"The dairy story is one that is incredibly positive, when you think back a year or so ago our farmers were very glum - they've taken a lot of cost structures out of their businesses, they're a lot leaner, fitter and faster and the market is responding where across the globe there is less milk.

"It doesn't take much for the supply and demand to balance."

The MPI report is forecasting a 14 percent increase in milk solids production over the next five years to just over 2 billion kilograms.

However, James Parsons said this could be a hard target to reach.

"I'd be interested to see if the dairy herd actually grows to those levels and production levels. When you look at some of the environmental constraints that farming is coming under, particularly those with a heavier environmental footprint, I'm kind of questioning whether there will be any growth in the dairy sector.

"And in sheep and beef we've got some of these pressures coming on us and quite hefty regulations, which means we're looking closely at how we do things."