At Memorial Park Cemetery in Christchurch, swarms of lawnmowers ride back and forth, council workers prune bushes and pick up rubbish, and scores of heavily-armed police slowly wander among the headstones. 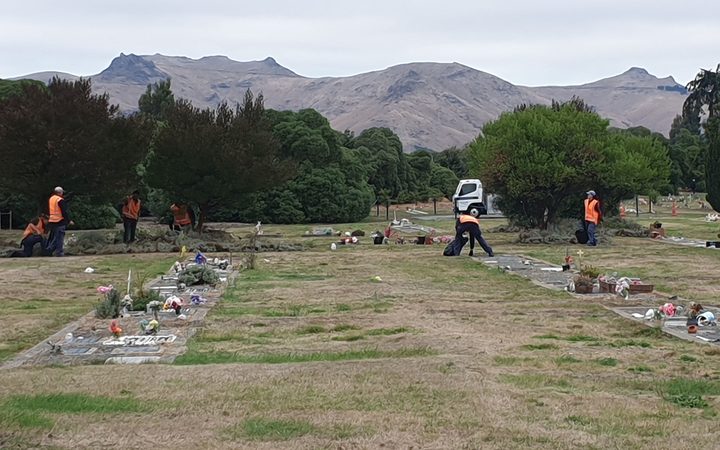 Fifty graves have been dug for the victims of Friday's terrorist attack and some of the bodies are expected to be laid to rest today.

A temporary fence was set up around a large section of the cemetery on Saturday, behind which diggers have been excavating the graves.

Latef Alabi is the assistant Imam at the Linwood Mosque where at least seven people were killed.

He said the bodies of some of the 50 dead were due to be returned to their families this morning.

Once the bodies have been washed, in accordance with Islamic custom, he expected some of the burials would take place today.

"They'll start with the washing and then arrange for the burial. I don't know exactly what time will that happen."

He said washing the bodies would be a long and difficult process.

"It's a large number of dead bodies so I believe it will take some time."

He was not sure whether all of the dead would be buried here. Some families could want their loved sent back to the country of their birth.

Andrew MacBeath lives opposite the cemetery. 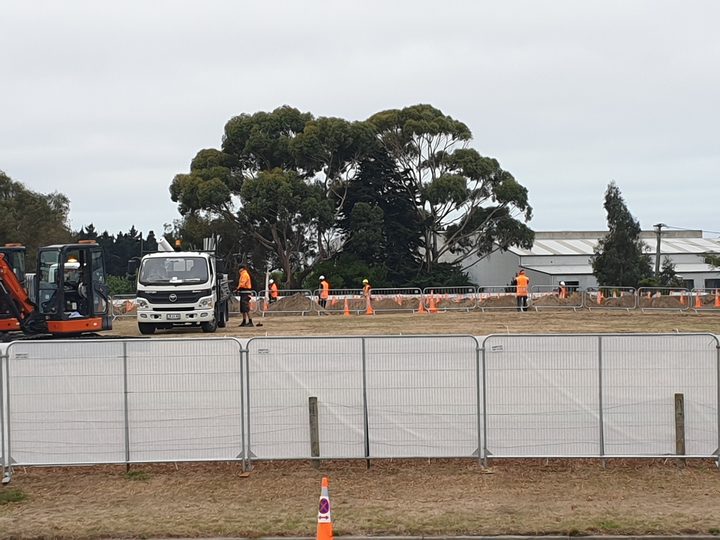 "I was just here to see if a friend would come down, Omar," he said.

Media from all over the world are posted on a lawn across the road, appearing unsure about how to approach such a delicate part the tragedy.

Shabir Khan and Zainal Ali were among a group of men who arrived at the Memorial Park Cemetery this morning.

Mr Khan said the group had flown from Auckland to show their support for their brothers and sisters.

He said it had been difficult for the families to wait to retrieve the bodies of their loved ones but they knew it wasn't in their hands.

"The burial is supposed to be as soon as possible but we do understand that it's from the God, it's all written the day they're going to die and the day they will get buried."

Mr Ali said people were shaken up but the community would recover.

"It's a very shocking thing in New Zealand. I've been here for 24 years.

"The community and all the different cultures are getting together and they are all supportive and people will recover."

He said he had visited the Christchurch Hospital.

"In the medical wards we met the families. We saw patients lying on beds fighting for their lives."