A new forecast is predicting that the housing market is nearing its peak pricing, and prices could fall over the next couple of years. 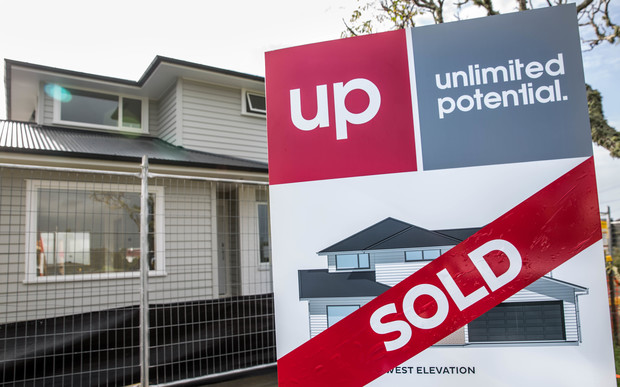 It comes on the back of the latest house price index from the Real Estate Institute released yesterday, which rose 30.6 percent in the year ended July compared with an annual rate of 29.8 in June.

But analysis from investment firm Jarden, forecasts house prices will fall 6 percent in 2022, followed by a further 3 percent decline into 2023.

"Our blended house price analysis has house prices at $746,192 at the end of December 2022, down 6 percent on the $792,574 forecast for the end of 2021. This price point would still be approximately 10 percent overbought from a new homeowner perspective on our estimates and 16 percent from an investor standpoint," Jarden's equity research director Grant Swanepoel said.

The expected Official Cash Rate hike is a contributing factor

Further drivers were new homeowner resources being stretched as mortgage payments, as a percentage of household expenditure, recently crossed 28 percent, above the 12-year average of 26 percent.

Another was the limited scope for material rent increases, as rents, as a percentage of household expenditure, hit a new high.

"And renters have been somewhat stuck by a lack of supply which is starting to ease," Swanepoel said.

He said rising mortgage rates were also pushing both new homeowner and investor models "into duress".

"Volumes could come under pressure from FY23. Based on our expectation that house prices will decline by 6 percent and 3 percent over the 2022 and 2023 calendar years, respectively, supply shortages continue to ease but remain elevated for many years, and GDP growth returns to a range of 2.5 - 3.5 percent."

Swanepoel said it's not unheard of for house prices to fall.

"There is a view, held by some, that house prices don't go down - driven by evidence from the mid-2000s when house prices defied rate increases and continued to rise. However, house prices can fall, as evidenced by the 1970s when real prices fell almost 40 percent over the decade and for a few shorter periods through to 2000.

"Also, the reason house prices did not fall in the mid-2000s, despite sharp hikes in mortgage rates, was that this was a period of housing re-rating as an asset class. We expect another re-rating is unlikely available to the housing market in the current cycle," he said.