The iwi battling to preserve the natural habitat of the kōrora / little penguins on Waiheke Island from a marina development say it is "totally unacceptable" for protest group Protect Pūtiki to ask money online for their fight. 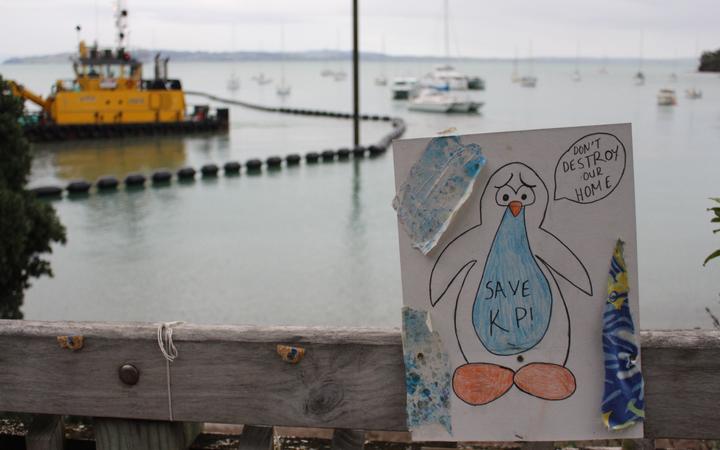 The developer, Kennedy Point Boatharbour, says it has the right to build a marina in the location after a court allowed it. Photo: Rose Davis

The Ngāti Pāoa Trust Board have continuously opposed the Kennedy Point marina development at Pūtiki Bay since consents were granted due to a failure by Auckland Council and developer Kennedy Point Boatharbour Limited to consult the board.

Protect Pūtiki protesters have been at the bay for more than three months and have been asking for donations online.

Currently, the Trust Board is seeking a construction "stop work "order to protect the kōrora from being exterminated by the development.

The board disagrees with the way Protect Pūtiki group has been operating.

"Ngāti Pāoa as an iwi has a genuine desire to preserve the peaceful cultural sanctuary that Kennedy Point is, and it's very sad that the developers and Protect Pūtiki see Kennedy Point as a financial opportunity for different reasons.

"For clarity, Protect Pūtiki has not contributed financially towards the legal costs of Ngāti Pāoa, and the use of social media to self-promote and receive donations is totally unacceptable to the trust board. 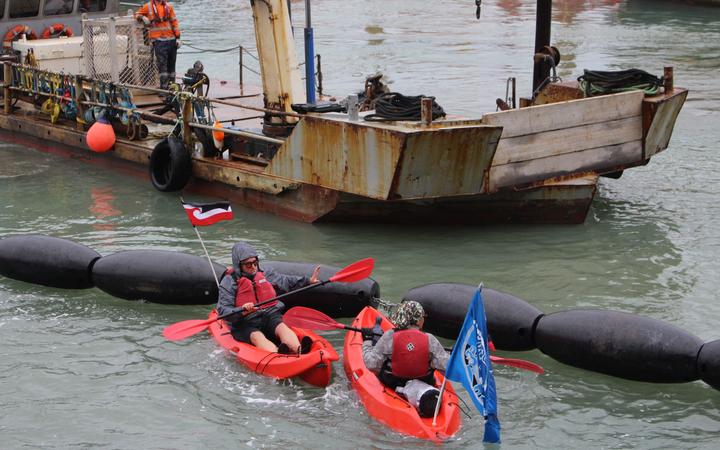 The Protect Pūtiki group has operated as a collective of those who whakapapa to Ngāti Pāoa, conservationists, wildlife experts and supporters.

Their plight to prevent the 186-berth private marina at Pūtiki Bay from being built has seen violent clashes with security personnel and construction staff at the site.

The group says the construction zone threatens the survival and wellbeing of the kōrora and the development does not comply with resource consents.

It wants to see a sufficient penguin management plan enacted and all works on the development to be stopped until a resolution is reached.

The Protect Pūtiki group in recent weeks has been operating a bank account for donations as well as a Givealittle page which has reached more than $22,000 which will go towards legal costs, transport, warmth, kai and more.

On the page, it says that the money will go towards funding for legal fees, including providing legal assistance to Pūtiki protesters for actions that took place before 30 June 2021.

As well as legal processes and court action required to work towards stopping the Kennedy Point Marina and other costs which may crop up.

They said the actions of protesters has helped to prevent further construction works from taking place and that the waiheke community has rallied behind them as they peacefully protest.

"As Protect Pūtiki, we recognise both Ngāti Pāoa trust entities, the Ngāti Pāoa Iwi Trust who are the engaged mana whenua entity with the marina developer and the Ngāti Pāoa Trust Board who have been in opposition to the marina for many years.

"We encourage all entities, individuals and groups to stay focused on the kaupapa. Trying to create division and detract from the kaupapa highlights a misjudgement in vision and leadership"

The group said they encouraged everyone to direct all energy towards stopping the destruction of the bay, and to create meaningful change that encouraged people of Ngāti Pāoa to unite in the protection of the moana.