The Reserve Bank (RBNZ) has renewed warnings about risks if house prices fall, and says it will move to tighten lending rules if needs be.

Despite measures to cool the growth in risky lending and house prices, they've gone up close to 20 percent in the past year. (File image). Photo: RNZ / Nate McKinnon

In its six-monthly financial stability report, the central bank said the financial system had come through the pandemic in good shape but risks remained. 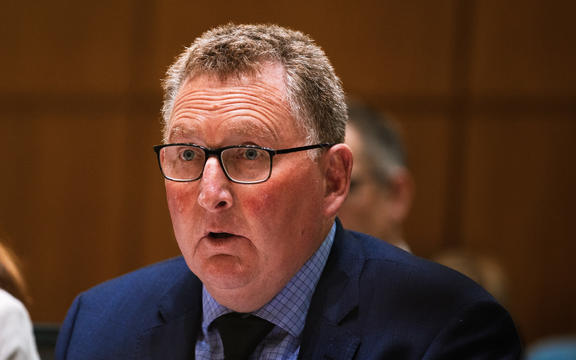 The report noted various government and RBNZ measures had cushioned the impact of the pandemic, which had lessened the impact on the financial system but driven asset prices, such as property and share markets, higher.

Loan-to-value ratios (LVRs) were raised to cool the growth in risky lending and house prices, principally aimed at property investors, but even so house prices have risen close to 20 percent in the past year.

The report said house prices looked less sustainable because of the need for bigger house deposits, and the tightening of tax rules on investment, while interest rates might rise to head off a stronger inflation pressures.

RBNZ was watching the effect of the government's recent housing policy moves, and at the same time was looking at further advice and measures it might recommend, it said.

Deputy Governor Geoff Bascand said "if required, we are prepared to further tighten lending conditions for housing using LVR requirements or additional tools that we are assessing".

Other potential tools to help cool the housing market included debt to income ratios, and possibly limits on interest-only lending.

The RBNZ said it would also resume moves to make banks hold more capital from next year, increase funding operations from long-term sources. The limit on dividends payments would be lifted from 2022.

ASB chief economist Nick Tuffley said the report had no surprises, and it could be that the RBNZ did not need to do anything urgently.

"We do see the housing market as cooling quickly over the rest of this year, which should limit the need for further near-term macro-prudential action."

The Financial Stability Report can be read here.