Wine regions are preparing for tougher times as a lack of overseas visitors creates a big hole in vineyard sales. 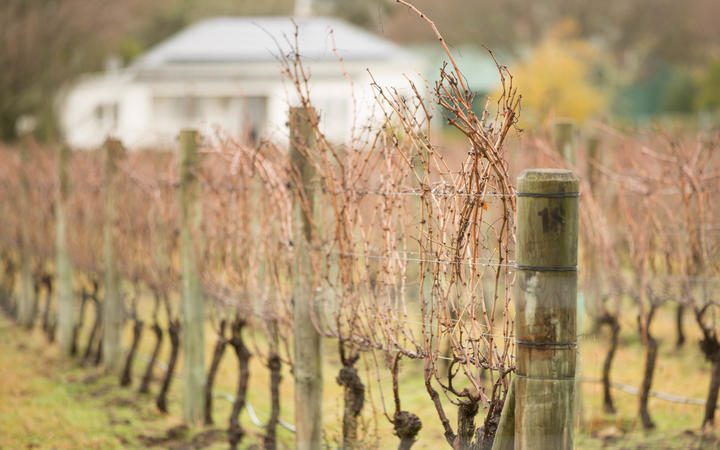 Many wineries plan to open with the shift to level 2 today.

Mark Haythornthwaite, who operates a small boutique winery and tasting room in Martinborough, relies mostly on the foot traffic coming through his gates.

However, the Covid-19 lockdown had knocked the stuffing out of his business.

"The outlook is very slim to put it mildly - we are intending to open this Saturday and be open - but we don't think we're going to have very many people in at all," Haythornthwaite said.

He had been using the wage subsidy scheme to pay his staff, but that was running out fast, he said.

"There's really little optimism ... but we're just going to have to soldier on, we've got no alternative. I've been able to continue to pay my employees ... so at least I've been able to support them," he said.

Some wineries have more strings to their bow - Black Barn in Hawke's Bay caters for weddings, concerts and has accommodation as well.

Co-owner Kim Thorp said it was the large scale events that were a worry.

"Concerts are a big part of our summer ... not only from a concert point of view - but also from a wine sales point of view ... we seat 2000 people in the amphitheatre so everyone's just on hold for that for the summer," Thorp said.

He was banking on local trade to keep them busy at the cellar door, but he said that was also hard to predict.

"But you really have no idea whether you're going to be inundated or completely empty, because we've never been through this before so there's no real grand plan," he said.

Data showed they spent more than $3 billion - and were likely to spend more time in the country and visit more regions.

Chief executive Philip Gregan was dubious as to whether New Zealanders could make up for that shortfall.

"I don't believe they'll be able to pick it up. Wineries will be doing their best to encourage New Zealand visitors to come to the cellar doors, but I'm not sure you can replace that significant number of overseas visitors," Gregan said.

He said he was aware of winery restaurants shutting down and could not rule out wineries closing their front gates either.

"Hopefully not, but I think we would be naive if we didn't think there were going to be some winery casualties over the next few months," he said.

One silver lining out of the tough situation was that it had been a strong harvest, Gregan said.