The tourism industry is warning it is in survival mode, with businesses already feeling the effects of the latest travel restrictions looking ahead to the government's support package. 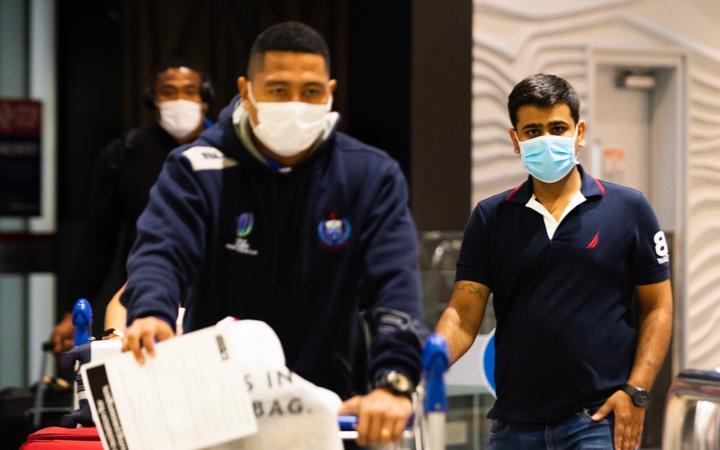 The industry is warning tens of thousands of jobs could be on the line over the Covid-19 coronavirus.

"We are looking at that going down to zero within a few days," he said.

"We are certainly in survival mode and we are looking to the government's business support package tomorrow because that will hopefully limit the damage.

"There will be job losses, there will be businesses going under, and what we can do with the government's support is limit the extent of that."

"Even if the travel restrictions are lifted in the future we're not going to return to a normal situation, we'll see the airlines cancelling planes ... we won't have any planes, essentially, flying in and out of New Zealand either."

Tourism companies were already feeling the impact of the latest travel restrctions which kicked in at 1am today.

Anyone flying into New Zealand - expect from some Pacific Islands - must go into isolation for 14 days to curb the spread of the Covid-19 coronavirus.

Cruise ships are also banned from the country's waters until the end of June.

Sam Sutton, from Rotorua Rafting, said most of their clients came from the United States and his business felt the effects as soon as the new restrictions were announced.

"We saw a massive amount of cancellations come through overnight basically, but it'll be another week or so before we see the full effect of it. I think we've refunded about 100 people so far."

Sutton said he was grateful that the virus did not hit New Zealand earlier, at the height of summer.

"I think the tourism industry should be relieved that it came at this time of year. Should it have been like two months earlier, it would have been game over for many operators, but ... it's towards the end of the summer season, and we've had our busiest month for the year already."

Sutton hoped the government economic package out tomorrow would deliver a 50 percent wage subsidy, and some tax flexibility would also help.

"Even if the next tax payment, which is in April, if that was rescheduled to be next year, sometime after, we can recover from coronavirus that would be sweet then we can afford to keep our staff on for a few more months."

Roberts meanwhile had a list of things he hoped the government would provide for.

"We hope there are deferred tax payments so that businesses can put off having to pay their tax," he said.

"We'd like to see relief from the myriad of government fees that bsuinesses have to pay, we now thinkt here needs to be access to capital for small businesses, perhaps in the way of interest-free loans.

"We're also now thinking we need to postpone the minimum wage increase on the first of April. We understand the reason for having the increase but it's just not the right timing, so that should be postponed to later in the year at least.

"If the government can cover sick leave and self-isolation leave, there's confusion about that at the moment about what happens if your workers have to stay home for two weeks.

"Mental health services, because this is an incredibly stressful time for employers and employees, they're going to need mental health support.

"Obviously no stand-down period for those who are laid off so they can immediately get some income support.

"For our very good workers from overseas who are here on working visas, they need flexibility on those visa arrangements. Currently if their hours reduce or they switch to another employer that's not allowed and they'll need to leave the country immmediately."

Wayne Jones has been running a restaurant in Akaroa for 17 years said he was very reliant on cruise ships bringing in customers.

He said he had already lost the Chinese market and was expecting huge losses again as the new restrictions took effect.

"I'd imagine 25 to 30 percent of our summer trade all up was what we've lost so far, and what we're potentially going to lose over the next sort of three, four or five weeks."

Jones was hoping New Zealand travellers would help bridge the gap. He said the travel restrictions were a sensible move, but wanted some sudsidies so he could afford to keep staff.

"I'm hoping that we'll have a similar situation as when we had the earthquake - I think the National Party was in power at that stage and we managed to get wage subsidies to carry us through and that was a great benefit and it kept us going until things got back on their feet," he said.

Dean Stuart runs a motor camp in Queenstown and said he was "definitely" worried.

"I think all all business owners - small and moderate and large - at the moment are worried. But you know, it's one of these ones we've all just got to weather the storm," he said.

The government's relief package will be announced tomorrow and the travel restrictions will be reviewed after 16 days.

Roberts said he hoped the government could also provide some more guidance on whether it was still supporting New Zealanders to undertake domestic travel, considering Prime Minister Jacinda Ardern's comments this morning calling for people to avoid getting to close to one another, and signalling the government would look to cancel more events.

"That does make it very hard to go to a restaurant, undertake a tourism activity," he said.