The government is finalising details today on a multi-billion dollar relief package in a bid to ease the economic gut-punch of the global coronavirus pandemic.

Options the government may be considering are wage subsidies and a targeted response for the industries worst-hit like the tourism sector. Photo: 123RF

The tougher travel restrictions, which came into force at 1am today, are also expected to increase the pressure on businesses.

The government package will be announced tomorrow, with the aim of trying to keep as many people in their jobs as possible and to offer further support to the health system.

Options on the table include wage subsidies and a targeted response for the industries worst hit like the tourism sector. 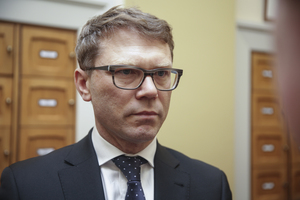 Finance Minister Grant Robertson said final decisions would be made about the package in Cabinet today.

"We have to respond to support New Zealanders through that, we've already talked about the fact it will include a wage-subsidy scheme ... we've obviously also got to continue to resource our public health system so it plays its important part."

He said the Reserve Bank governor had made some other announcements today - including delaying this year's introduction of new bank capital requirements by another year.

He said most of the new funds would be borrowed.

"This will be largely about borrowing, these are unprecedented times, we have to continue to make sure that we are delivering the services that New Zealanders need in their day to day lives."

"That will require us to borrow more, it's the reason why it's very good that we enter this situation with our net core Crown debt levels so low, at around 19.5 percent - lower than what we inherited - that's what gives us the space now to be able to respond quickly to this."

"It will be a substantial package ... it's still primarily a public health issue and that's got to be our focus because the more we can do to protect New Zealanders' health the better that will be for both our health and the economy in the long term, but it also will address some pretty significant economic issues and consequences that we're now facing."

National's Finance spokesperson Paul Goldsmith said whatever the government decided on, it needed to happen quickly.

"It's a question of when the cash actually gets into the hands of the businesses affected and that may be some time off.

"We have heard a lot of talk about big infrastructure investment, but of course most of that is years away from being spent, what we need is rapid infusion of assistance," he said.

"Similarly, if there's anything related to quarantine and self-isolation requirements that would be welcomed by business.

"In the longer term if this goes on for some time we would be looking at things like traditional stimulatory mechanisms such as tax cuts, [or] bringing forward some of the infrastructure projects already announced," he said.

But Hope said that will depend on there being a workforce by keeping the virus contained. 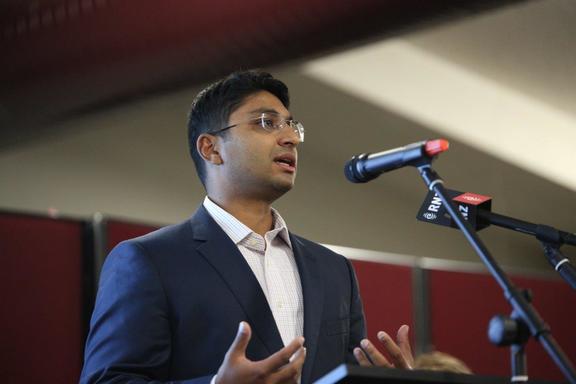 Economist Shamubeel Eaqub thought the government should be willing to essentially subsidise the two-week quarantine period.

"It sounds like it is going to cost a lot of money, but the reality is the alternative is so much worse," he said.

Eaqub said other countries have been investing half a percent to one and a half percent of GDP - equating to about $1.5 to $4.5 billion for New Zealand.

But he also noted it was not just up to the government to ward off the financial fall-out of coronavirus and called on the Reserve Bank to lower the official cash rate to 0 percent.

"If they don't lower the official cash rate then they are not doing their job. The outlook for the economy is not like a normal recession. We are looking at things essentially closing down around the world.

"This is way more frightening than the global financial crisis. If the Reserve Bank doesn't act now, what is the point of having a central bank?" he said.

After Eaqub's comments, the Reserve Bank this morning cut the official cash rate to 0.25 percent.

Eaqub also said the Reserve Bank should be writing out significant lines of credit.