Growth in demand from the US has helped drive huge growth in New Zealand wine exports, says the head of Wine Marlborough. 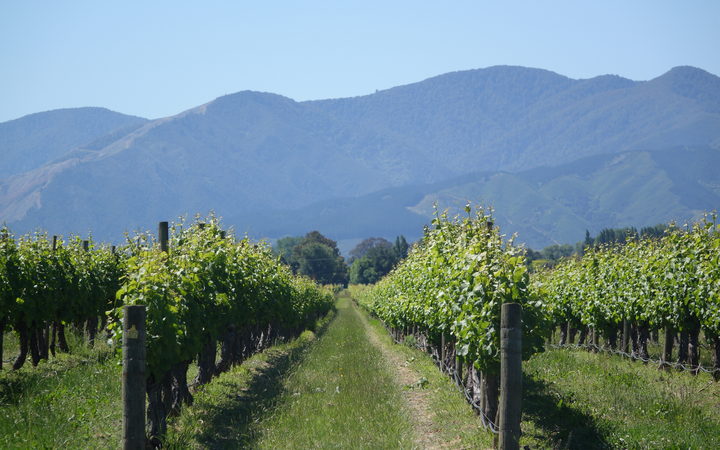 The head of Wine Marlborough says growth in demand from the US has helped drive huge growth in New Zealand wine exports. Photo: RNZ / Tracy Neal

The value has grown by more than $700 million in less than a decade, the New Zealand Winegrowers 2018 annual report shows.

Volume has more than doubled since 2009, and export earnings in the year to June this year grew to $1.7 billion.

Meanwhile domestic sales of New Zealand wines had dropped from 59 million litres in 2009, to an estimated 53 million litres. Kiwis were also drinking less local wine with consumption per capita dropping an average 14 litres each annually, to just under 11 litres.

Marlborough's 26,000 hectares of vineyard was 68 percent of the country's total 38,000 hectares planted in grapes. Most of it was sauvignon blanc (23,000ha), followed by pinot noir, chardonnay and pinot gris.

Just under 8000 hectares was planted in a variety of reds.

Marcus Pickens of Wine Marlborough said the strength of the US market had been a surprise.

"Even in the last five years it's really just started to become so valuable to us," Mr Pickens said.

"It has been a surprise but the last few years it's just been a continual market that's just building, and going so well for us."

Despite solid growth they were keeping a close eye on any fall-out from disputes with US trading partners.

Mr Pickens hoped it would not cast any shadow on what has been a big success story.

"We'd like to think not, but we always have to keep a close eye on what's going on with the trade issues," he said.

"We certainly have great relationships with the New Zealand government who are working really hard on making sure we're not too affected by these international treaties, or negotiations."

The annual report said vineyards and wineries were key drivers in regional growth.

There are now 2031 vineyards in New Zealand, the number of wineries had increased from 643 in 2009 to a current 697, and there were now 243 cellar doors throughout the country.

But the number of growers had dropped from 1073 to a current 699, the annual report showed.

The biggest challenges to growth in the industry remained land availability, the increased strain on natural resources and a growing labour shortage, Mr Pickens said.