Christchurch locals are about to get new shopping and dining choices in what was once a desolate, earthquake damaged central business district. 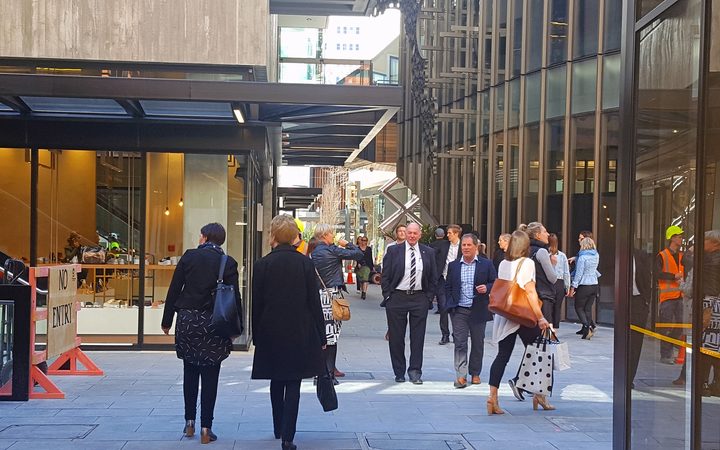 Stores in The Crossing will be opening over the next week. Photo: RNZ / Logan Church

Major stores in the central city shopping complex The Crossing and new bars and restaurants along the Avon River are opening their doors this week.

Shop owners at The Crossing have been rushing to complete fit-outs in the the nearly-completed $140 million complex, on the site bordered by Colombo and Lichfield strees.

Residents were already wandering around the shopping centre as builders made last minute adjustments, and workers cleaned their store's windows.

Shops in The Crossing include retail giant H&M, and clothing brands Country Road, Trenery and Witchery.

Its developer, Phillip Carter, said it was the biggest project he had tackled.

"We committed the whole development and started without any tenants [but] we had faith in Christchurch," he said.

Mr Carter hoped his development would help bring people back into the city centre.

"I believe the retail part of the city at least is pivoted around here," he said. 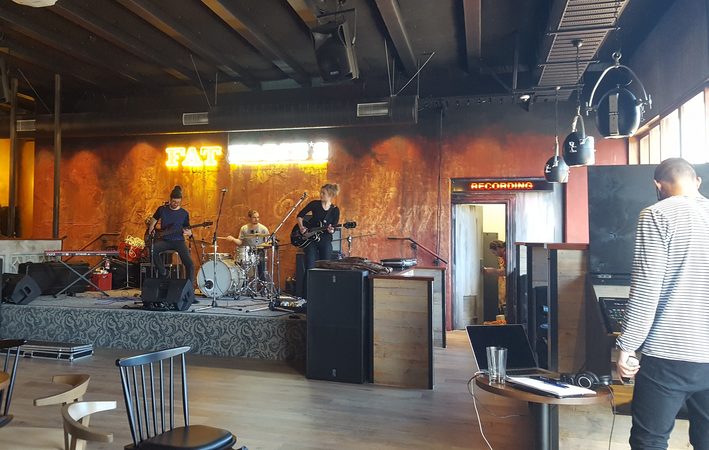 A band rehearses in Fat Eddie's bar. Is owner says everything is "99 percent" there for the re-opening. Photo: RNZ / Logan Church

Down the road, along the banks of the Avon River, a line of bars and restaurants have also been making last minute preparations.

Fat Eddie's, a pre-quake jazz bar, is making a comeback, as well as two new adjacent restaurants and bars.

"We're just getting little things refined, whether it's decor, plumbing, electricity, issue with AC units, lighting... everything is 99 percent of the way there and that last 1 percent can't be done until the last second," he said.

Having worked in hospitality in New York, Stuart hoped this was the turning point for Christchurch.

"There are a lot of other venues opening up nearby... I think everyone takes for granted how important hospitality is for making a city boom," he said.