In Kaikōura, hundreds of people whose livelihoods rely on tourists are facing a tough summer - with holidaymakers cancelling bookings at an alarming rate. 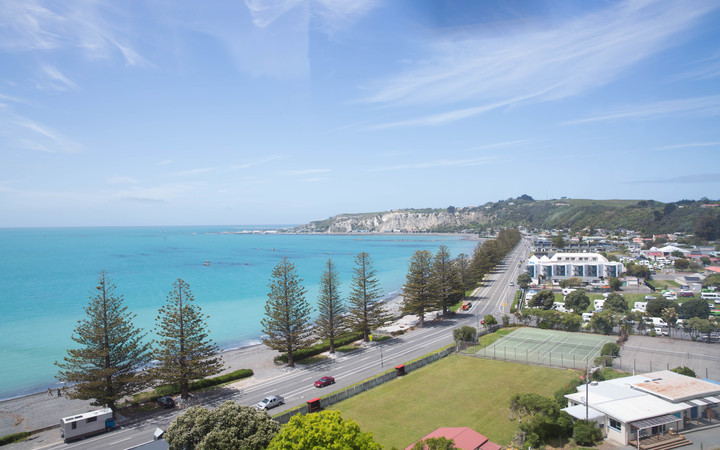 A beautiful sunny day in Kaikōura on 20 November - one week after the devastating 7.8 magnitude earthquake that left the town cut-off. Photo: RNZ / Cole Eastham-Farrelly

The town is still largely cut off from the rest of the country after 14 November's devastating 7.8 magnitude earthquake brought down huge landslips on State Highway 1.

While daily public convoys into the town are now under way, the post-quake pain is only getting worse for the area's campground operators and moteliers.

In response, they have banded together in a new group, are offering hundreds of dollars in helicopter flight subsidies and are bringing in replacement sheets by fishing boat.

The five-star Fairways apartments on Ocean Ridge, just south of town, has lost $60,000 in bookings since 14 November.

For the Goose Bay motor camp, which was evacuated after the earthquakes caused a large landslip dam, Liz Mahony has lost count of the number of emails cancelling trips. 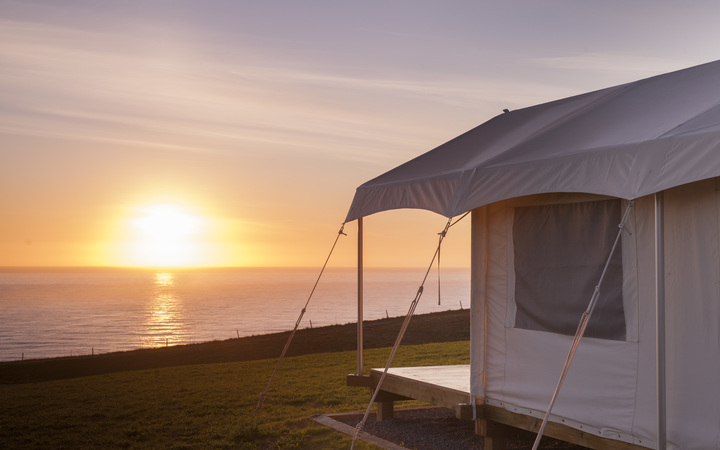 The sun sets in front of "glamping" accommodation at Cape Kekerengu. Photo: Supplied

It was the same story for the $200-a-night Camp Kekerengu 60km to the north; Liz Henderson, who takes bookings for it, estimated it might have lost half its bookings.

"Any domestic bookings that were Christchurch-based have cancelled, mainly due to just being traumatised by the quakes - being scared or their children being scared, or just feeling like they just don't want to leave home right now," Ms Henderson said.

Liz and John Mahony lease the Goose Bay motor camp from Ngāi Tahu, but could not even stay in their house there, given the threat from water building up behind the landslip upstream.

"We've even got people cancelling in January," Ms Mahony said. 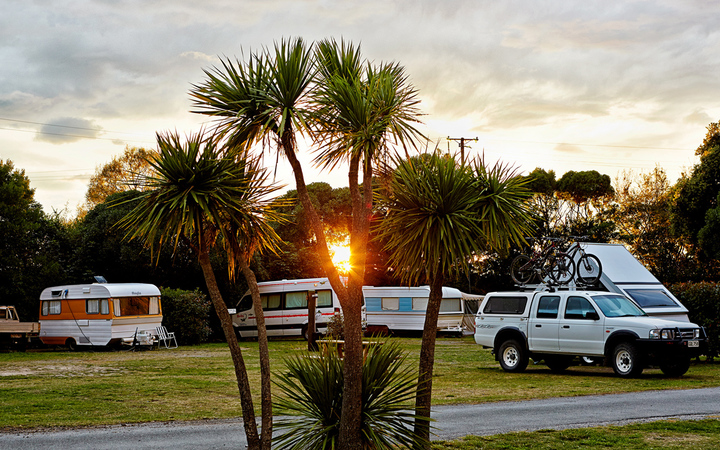 The Goose Bay motor camp was evacuated over the threat from water building up behind a landslip upstream. Photo: Supplied

She said they needed a clearer steer from authorities on just when SH1 to Christchurch might reopen.

Kaikōura Gateway Motor Lodge owner Kathy Christian was among the worried operators who had banded together in the impromptu association to find ways to get supplies in and lure tourists back.

"We've had hundreds and hundreds of cancellations for the next couple of months."

She said she had managed just one delivery of clean sheets since the quake - her linen provider Bays Laundry in Motueka used a fishing boat a couple of days ago to get them in, because they were too heavy to make it worth choppering them in.

Ms Christian said the Gateway, Bella Vista and Lobster Inn were currently packed with emergency workers - but she was still shattered at the blow to their fortunes, after taking over the 4.5-star Gateway just four months ago, after moving up from Timaru.

"Some of them are sort of slowing down now. Once they've done thing they'll head back home, and what happens after that I'm not sure."

The $1000-a-night Hapuku Lodge and Tree Houses aimed to reopen next week.

It was offering the sweetener of a $250 rebate for each night in a room, to help offset the cost to tourists of taking a fixed wing or chopper flight in.

Tree Houses general manager Chris Sturgeon said it was vital to keep his 19 staff - including all his chefs - on until things picked up, and the government subsidies were helping with that.

"We've seen in the vicinity of a good dozen, maybe 20 requests for accommodation in December and January of people wanting to come, recognising Kaikōura needs support." 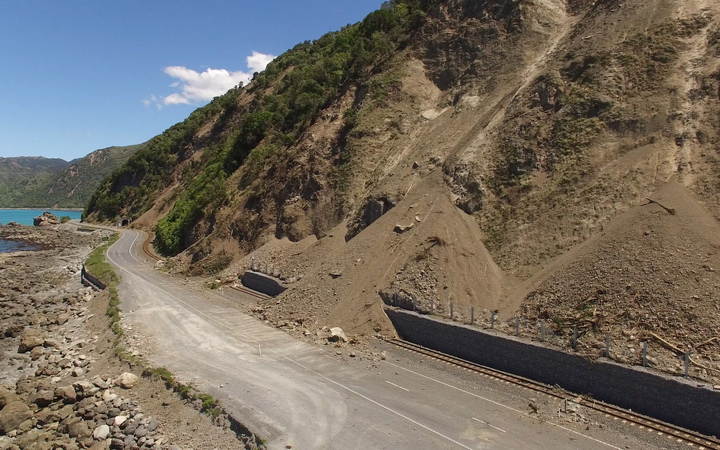 The town remains cut off by the slips across SH1. Photo: RNZ / Bradley Ambrose

Camp Kekerengu was also noticing a trickle like that, having just booked some Filipino tourists who were prepared to drive the eight hours around from Christchurch through Blenheim to get there.

But owners and sheep-and-beef farmers Pip Todhunter and husband Simon, who sank $100,000 last summer just to set up the glamping site, now rued the day.

"In hindsight, if we had known the road (SH1) was going to be closed, we wouldn't do it," said Ms Todhunter.

"We were fully booked pretty much every night from a couple of weeks ago to the middle of January, but now we have had a huge amount of cancellations due to the road."

It was even tougher at the backpacker end of the market, with no buffer provided by tourists with deep pockets.

Bad Jelly backpackers Mike Toni has lost all the nights he had lined up in December.

Dave Stanford has cancelled all bookings till the end of January at his two backpackers, the Lazy Shag - which is part of the YHA network - and Topspot.

He sounded a note of warning about tourists being encouraged back too soon, pointing out that water was still having to be trucked up to the reservoirs, there was limited food in the supermarket, and the rock pools on the peninsula seal walk were stinking with dead sea life.