The first convoy of civilian vehicles has re-entered Kaikōura via the earthquake-damaged inland route, but the return trip inland had to be cancelled today. 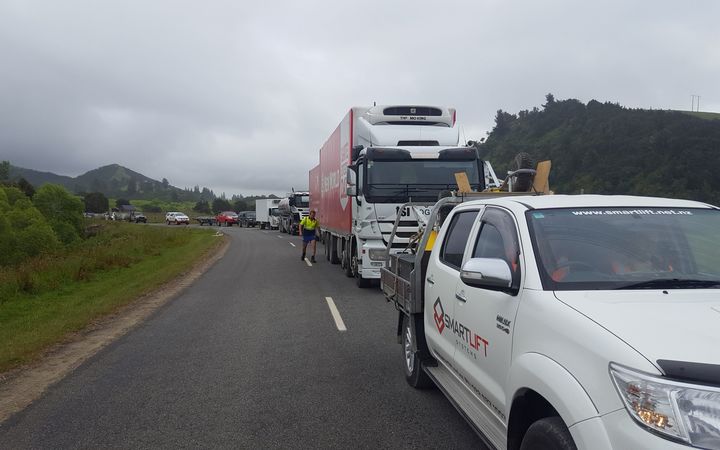 Cars and trucks line up as drivers wait for the all clear to go through the inland route to Kaikoura. Photo: RNZ / Conan Young

About 50 cars, utes and vans set out from the Mt Lyford end just after 8am to begin the slow trip along the emergency access road.

The first cars in the convoy to make it through arrived at the Kaikōura cordon at about 11am - a three-hour journey along a 50km stretch of road.

Many of the drivers waved happily at workers staffing the cordon as they passed through.

But the return trip on the road - scheduled for 2pm - had to be cancelled because poor weather has created a high risk of rock falls and landslides. 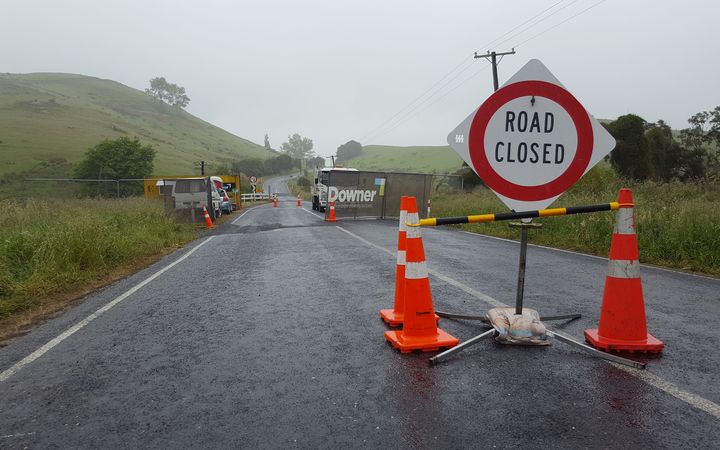 Road closed: The barrier at the Kaikōura end of the inland road later in the day. Photo: RNZ / Chris Bramwell

Mr Connors said while people would be disappointed, the risk was just too high to allow vehicles through this afternoon.

'I'm so excited to see everyone again'

Among those on the earlier convoy into Kaikōura, which was badly damaged in the 7.8 earthquake on 14 November, was Savannah Manawatu, 16, who had been evacuated by the Air Force.

She was looking forward to seeing her parents for the first time in two weeks.

"I can't wait, I'm so excited to see everyone again, it will be so good.

"I've missed them of course, like I've been a bit nervous for them and scared in case another one hits."

She said it was important for families to be together at a time like this.

As well as locals wanting to return home, the convoy included a number needing to get into town as part of their work, including some working for a camper van rental company.

About 300 rental vehicles have been left there by evacuated tourists and the job of getting them back out has now begun.

One woman among those retrieving rental cars said the road was much better than she had expected.

"Not bad coming through there," she said.

"There's people ferrying you through the worst of it. But I got the feeling that if there's major rain or shaking there's more to move, more to come down."

Among the tradespeople wanting to get in was roofing contractor Ray Fisher who left Nelson at 2am to join the convoy. 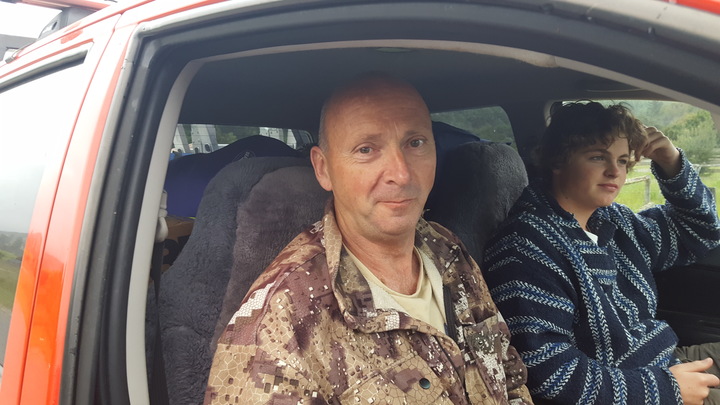 Mr Fisher said his ute and trailer had been registered and its load of building materials approved by Civil Defence on the basis of it being essential supplies.

But when he arrived at the Mt Lyford checkpoint he was told he would not be allowed to take the trailer with him.

"All the team above me have organised just to come in here so I don't see why it's changed," he said

He eventually managed to negotiate with the roading contractor to be allowed through, but said he was frustrated at mixed messages from authorities.

The first cars arrived in Kaikōura late morning after a drive in misty, drizzly conditions. One motorist said the road was pretty good though she could see some big slips.

NZTA spokesperson Pete Conners told Morning Report some parts of the road remained unstable and at risk of rockfall, and towing vehicles and motorbikes were banned.

He said the road would be kept clear for contractors on alternate days.