New Zealand has recorded its largest ever monthly deficit, partly due to expensive aircraft imports. 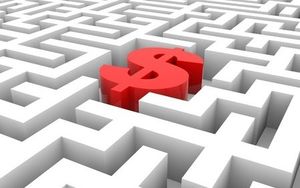 Official figures show the deficit was $1.4 billion in September compared with a $1.1bn shortfall in the same period a year earlier.

Exports fell 5.7 percent to $3.5bn, led by falls in the price of beef and lamb in key markets of Britain and the United States.

"In the year ended September, the actual value of meat exports has fallen by around 7 percent, but quantities were little changed, down 1 percent."

That offset higher earnings from forestry and the horticulture sectors.

"Much of the deficit is actually driven by an increase in imports and a lot of that can be attributed to one-off factors. This includes aircraft and oil," ASB economist Daniel Snowden said.

On an annual basis, the deficit stood at $3.4bn.

Mr Snowden said trade should swing back into surplus as the production season ramped up.

But there were risks on the horizon.

"There is some concern over what's happening in the UK, with wine and meat exports there, perhaps, coming under pressure due to Brexit.

"If Donald Trump gets in as president of the US that adds a lot of uncertainty.

"The Chinese growth picture is robust at the moment. There's still some questions around their domestic housing situation so over the longer term that could be a risk. Over the short to medium term, things are looking pretty secure," Mr Snowden said.