A booming tourism sector and stronger export volumes have helped narrow the difference between what the country earned and spent internationally. 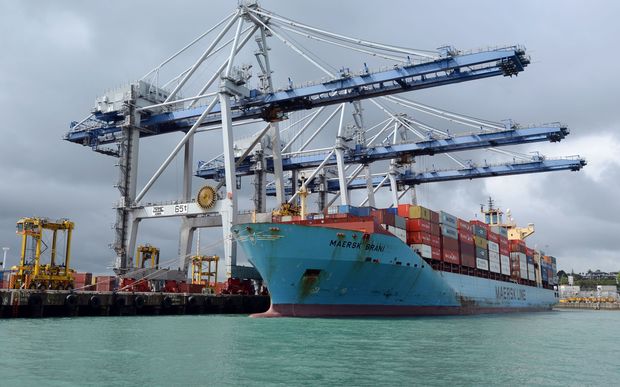 The actual current account deficit was $945 million in the June quarter, and $7.4 billion for the year, or 2.9 percent of the value of the economy.

That was slightly larger than the market had forecast.

"At 2.9 percent of GDP, that's well below its historical average of 3.7 percent, so effectively the current account - which is our overdraft with the rest of the world - is not as bad as it normally is at the moment.

"It highlights a positive structural story at a time when the growth in the economy is still doing very well," Mr Borkin said.

Spending by record numbers of tourists rose to a record annual high of $13.8bn.

"More New Zealanders went overseas this quarter than in previous June quarters. And they spent the most ever recorded while travelling for work and holidays," said Statistics NZ international statistics manager Stuart Jones.

On the goods side of the ledger, the deficit narrowed to $2.365bn.

"Largely due to big increases in primary export volumes and that's despite weaker prices. So that was certainly a very strong [June] quarter for that and that's likely to show up in the GDP figures tomorrow," ANZ's Philip Borkin said.

The country's net liabilities position, an indicator of indebtedness, increased to $163.3bn, or 64.9 percent of GDP, compared with $159bn (63.9 percent of GDP) at the end of March.

That was mainly due to the relatively strong performance of New Zealand's stock market, which boosted the value of foreign-owned equity holdings.

GDP figures for the June quarter due out tomorrow are expected to show an increase of about 1 percent, which would be the quickest pace in more than a year, and take the annual rate back above 3 percent.