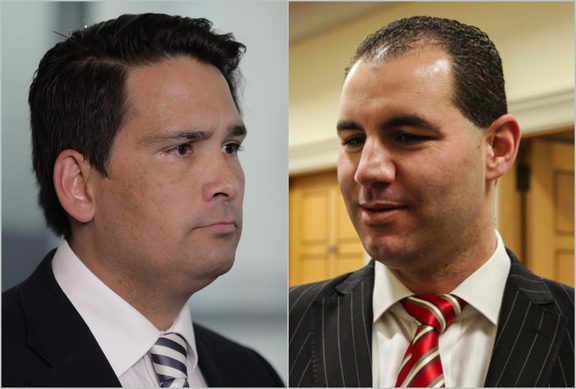 Explosive revelations rocked the halls of Parliament this week when the National MP for Botany Downs, Jami-Lee Ross accused his leader, Simon Bridges, of electoral fraud, saying he was corrupt and laying a complaint with police about the matter. He went on to release phone conversations he'd recorded with Bridges and text messages he said supported his allegations. Then four women came forward in the media to talk about Ross's behaviour and the affairs he conducted with them.Jane Clifton and Ben Thomas discuss the fall-out, the motives and where it leaves the National Party in the eyes of the public.

7:46 Leo Cheng: an electrifying journey through the gut 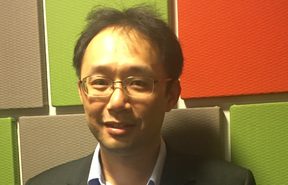 Our heart's electrical system is an intricate network but anything that throws it out of whack can cause conditions such as cardiac arrhythmia. But what about the effect of electrical impulses in the gut? For the past 15 years University of Auckland bio-engineer Professor Leo Cheng has been measuring electrical activity in the stomach to better understand what are known as gastric motility diseases - diseases that make for a miserable life among sufferers causing bloating, vomiting and diarrhoea. Leo Cheng is presenting his inaugural professorial lecture at the University of Auckland on 24 October, called “My electrifying journey through the gut” from 5.15pm at the Faculty of Engineering, 20 Symonds Street. Lecture starts at 6pm. He explains why the research is important. 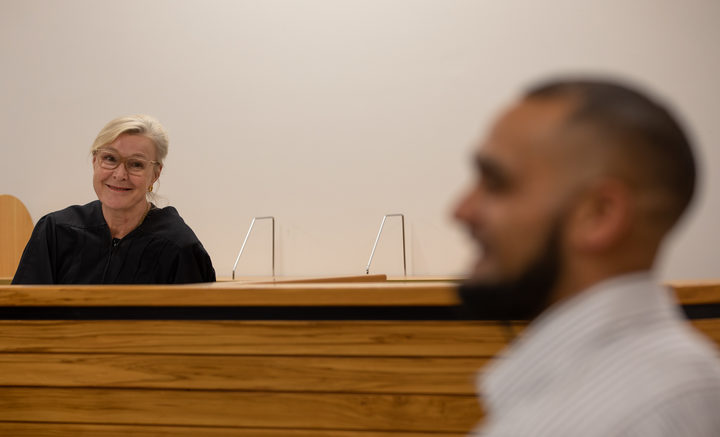 The alcohol and other drugs treatment court has been run as a pilot for the past 6 years, to see if funnelling drug-addicted criminals away from prison and into intensive rehab can stop their re-offending long term. Initial figures from the courts' judges suggest it's so far saved about $16m, by keeping people out of jail, and the government will decide next year whether it should be made a permanent part of New Zealand's court system. Insight's senior specialist  reporter, Teresa Cowie visited the Drug Court in Auckland to find out how it works, and if it's worth the money to keep it going?

Professor Robin Kundis Craig has made it her life's mission to know about all things water - especially how water intersects with law, but also the relationship between climate change and water; water quality and water allocation law; and marine-protected areas. She is a professor of law at the University of Utah and an elected member of American Law Institute, with many books and more than 100 law or science articles to her name. She's in New Zealand undertaking a University of Otago Research fellowship and was also a keynote speaker at at the recent RMLA conference.

This week sifting the significant stuff from the sensational in coverage of the National Party’s crisis. Also a look back at the days when newspapers were the only news media; and excitement over Uber-in-the air.

9:37 Helen Taylor: communicating science with sperm and a smile 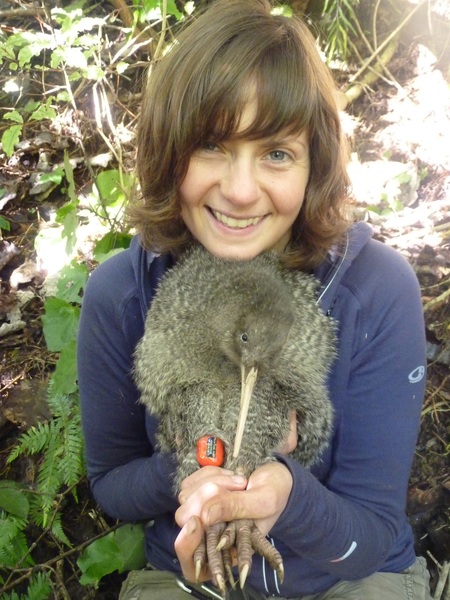 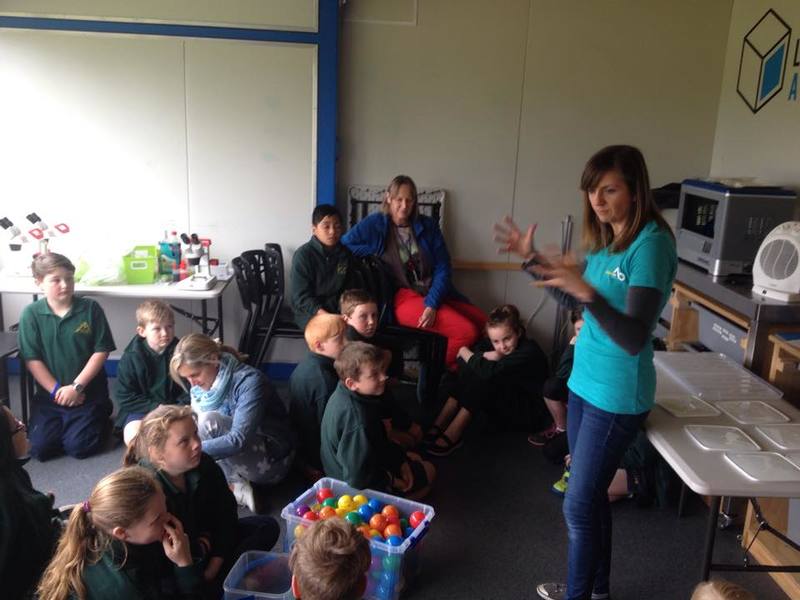 Helen Taylor talking to school students in Te Anau as part of the Lab in a Box project. Credit Will Stovall 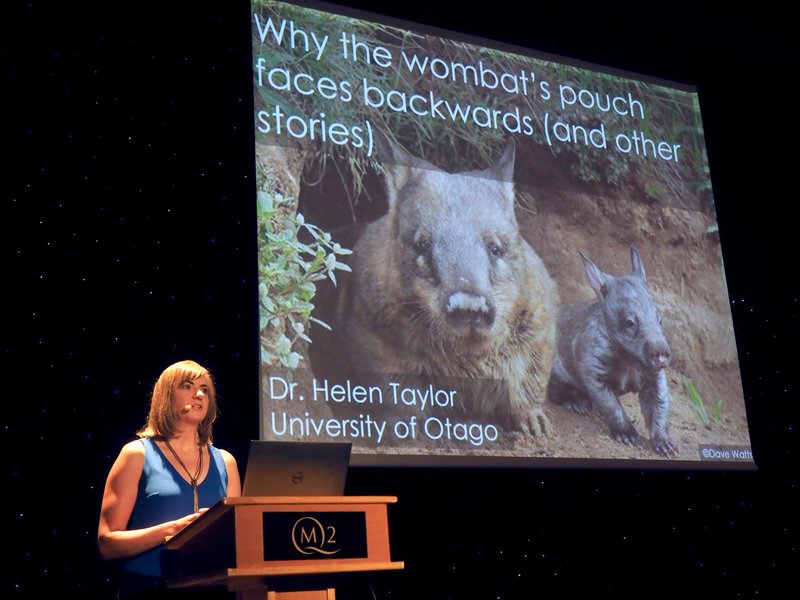 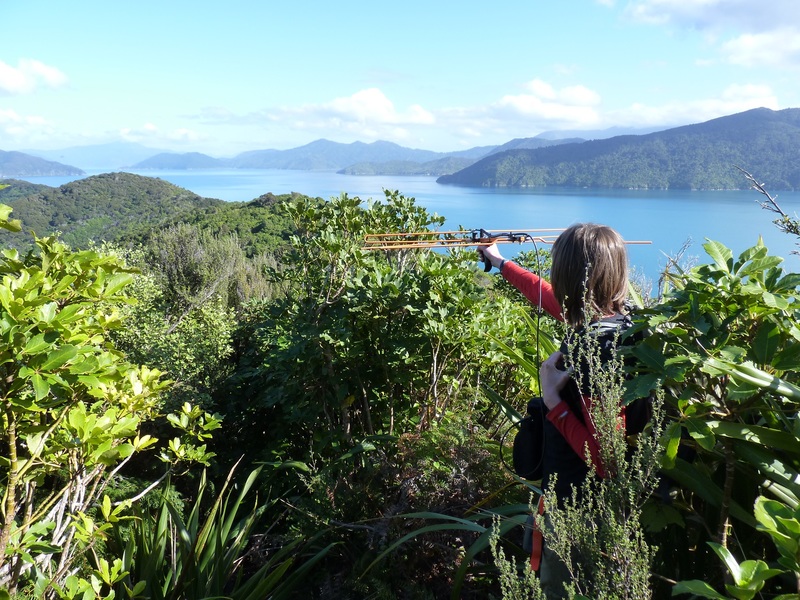 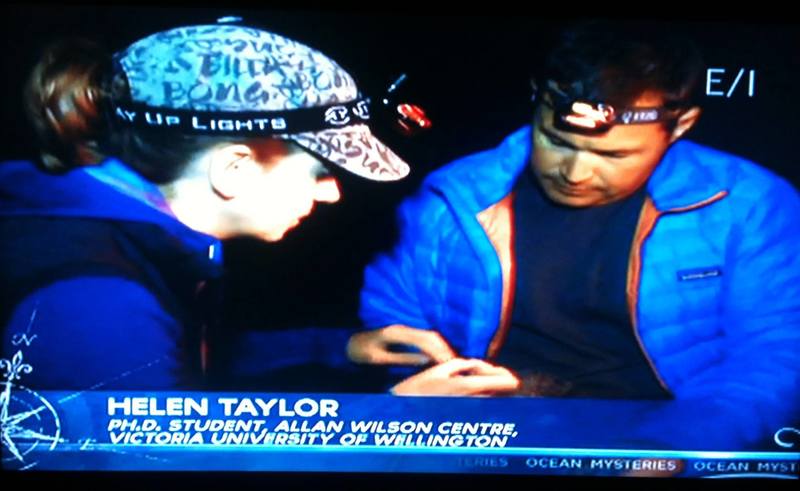 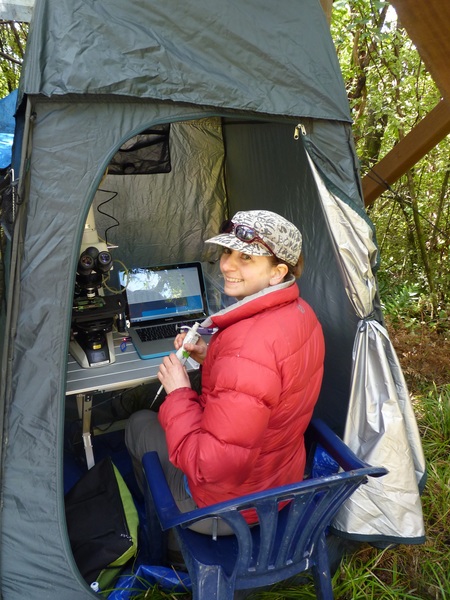 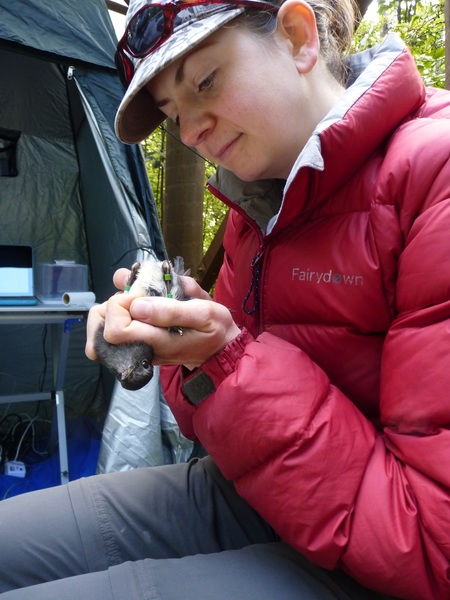 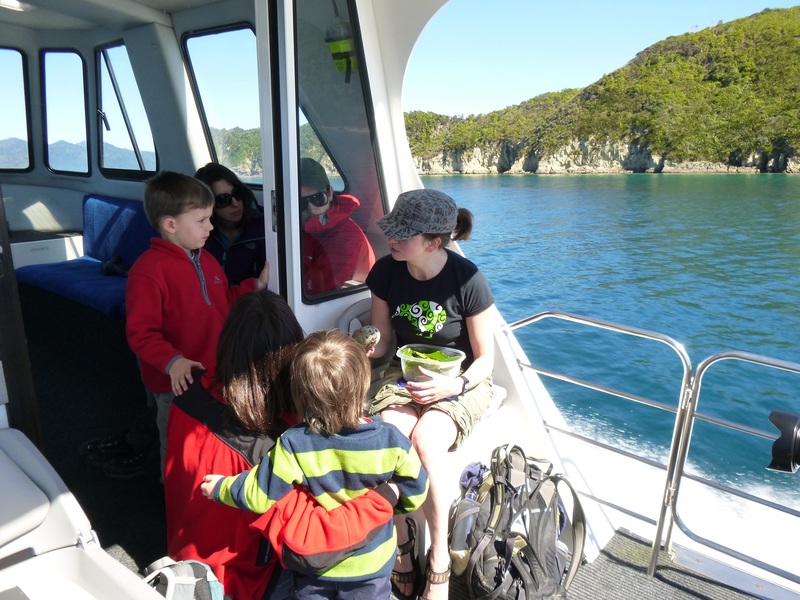 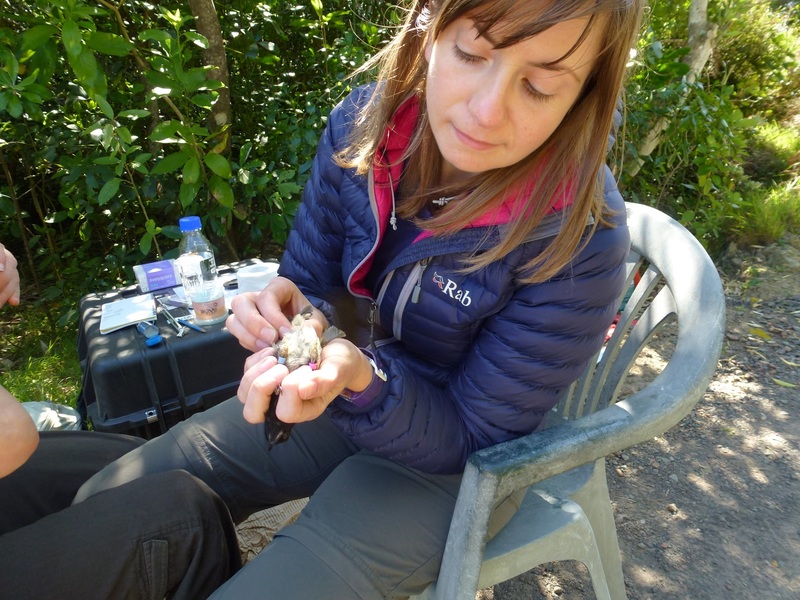 Holding an online sperm race to raise money and conservation awareness of the hihi bird are ways in which Dr Helen Taylor has stood out as a science communicator. Her communication about the research on conservation genetics and threatened species earnt her a Callaghan Medal from the the Royal Society Te Apārangi this week. As well as her laboratory work she’s also taking part in Otago University’s Lab in a Box project which takes science to rural students in remote parts of the country. She’s been recognised as for making complicated topics accessible and interesting to as many people as possible. She talks about the award as well her passion for science and talking about it.

Watch Helen Taylor's winning communication in her 180 Seconds of Science entry which won her two awards. 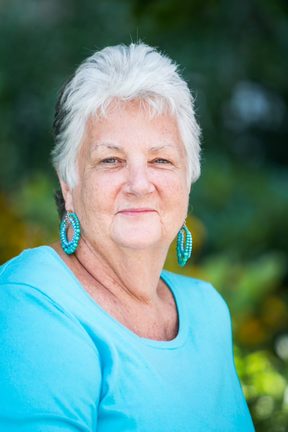 A US inmate advocate, Ann Jacobs, believes children should visit their incarcerated parents and mothers should keep their babies with them inside. Ann Jacobs is the director of the Prisoner Re-entry Institute, a job she took on after 20 years as the executive director of the Women’s Prison Association in New York,  She’s visiting New Zealand as part of the Presbyterian Support Northern lecture series and has met with justice and corrections officials, as well Corrections Minister Kelvin Davis. She’s also spoken to NGOs working with inmates here and visited our prisons. She talks about what works in terms of getting prisoners back on their feet upon their release. She also shares her insights on the difference between men and women’s needs when they’re incarcerated. 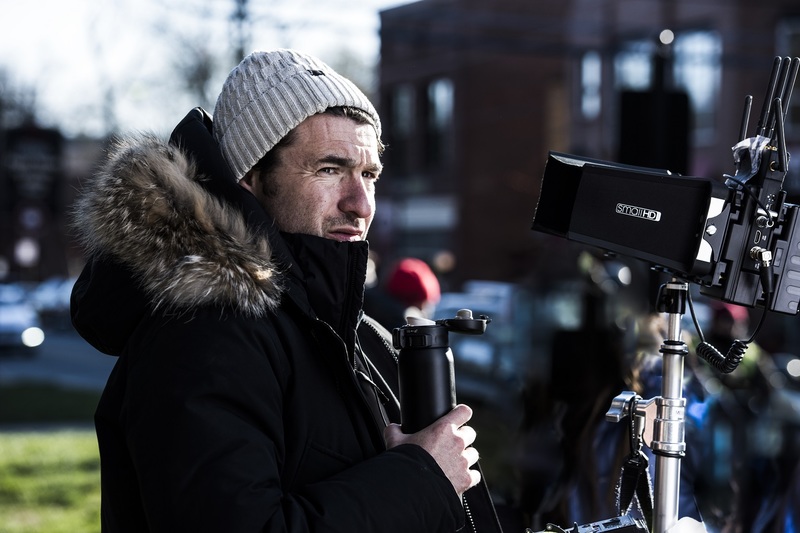 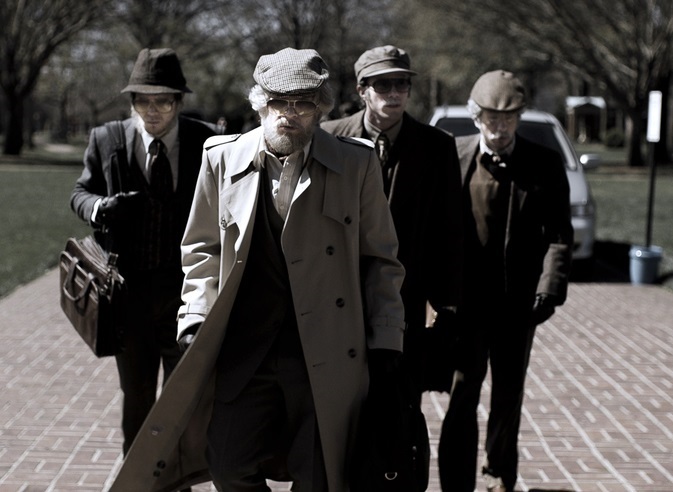 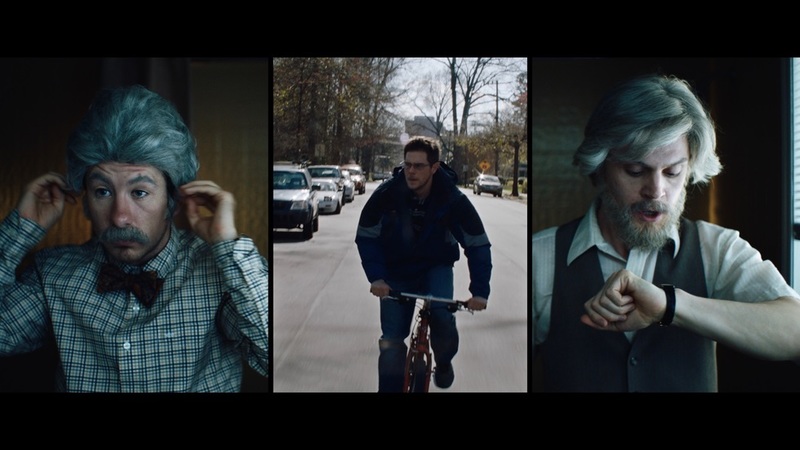 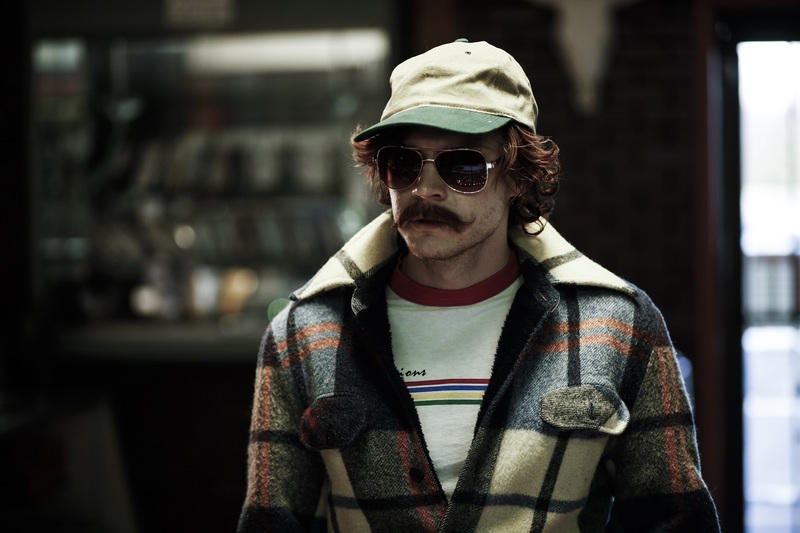 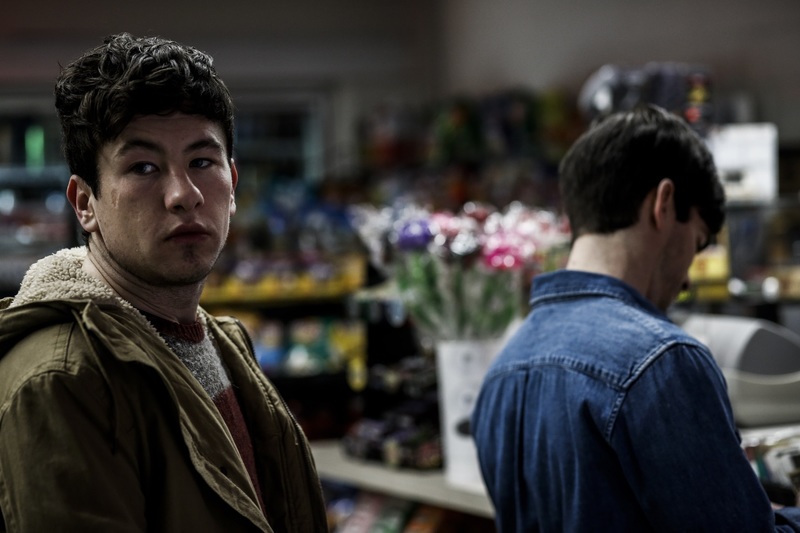 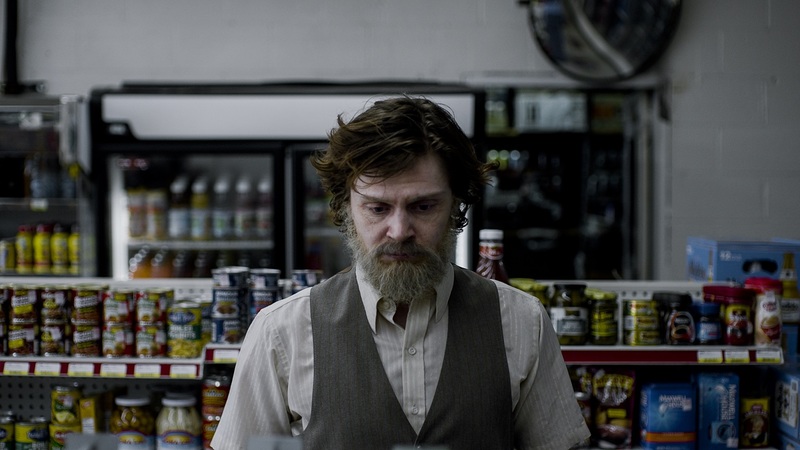 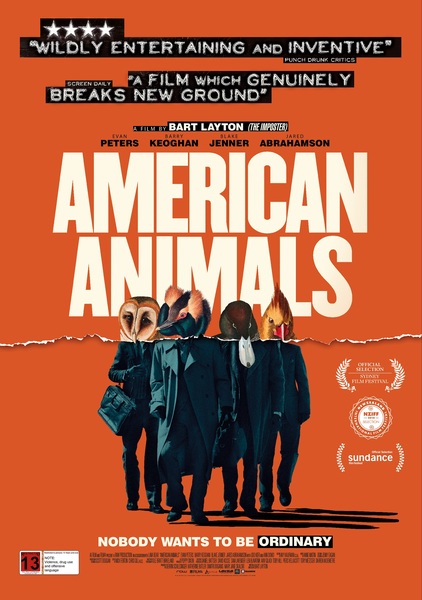 British-Kiwi filmmaker Bart Layton’s film American Animals opens in cinemas on October 25. It’s based on the true story of a 2004 heist by four college students - who plotted to steal rare books from Transylvania University - among them a copy of Charles Darwin's Origin of Species and John James Audubon's huge tome Birds of America. The books, worth millions, were being guarded in a quiet room by one librarian. What makes the film different is that while the film is fictionalised, the real protagonists appear in the film, documentary style - juxtaposed with the actors that play the real life characters. Bart Layton talks about how he came across the story. 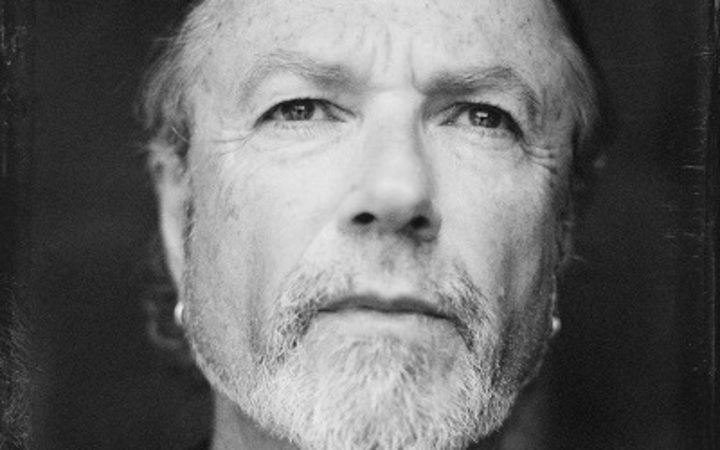 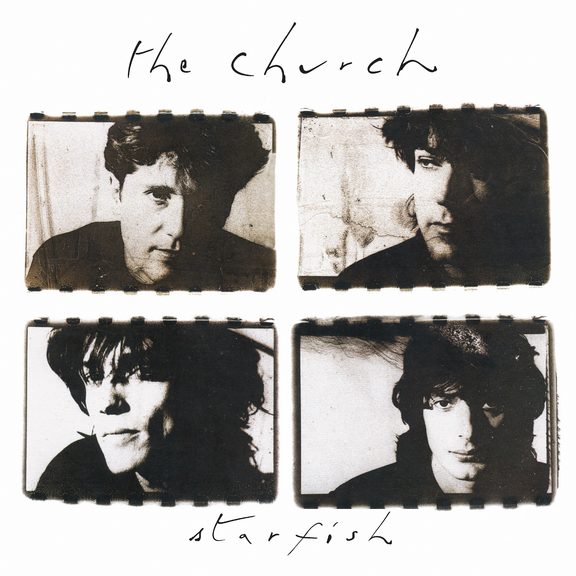 Starfish by the Church was released in 1988 Photo: Supplied

Veteran Aussie psych rockers The Church are coming to NZ to celebrate the 30th anniversary of their classic 1988 album Starfish, which includes the band’s break-out hit ‘Under the Milky Way’. The four-piece have maintained a strong following over the years with fans including Smashing Pumpkins frontman Billy Corgan and The Cure’s Robert Smith. They’ve recently released their 25th studio album: Man, Woman, Life, Death, Infinity. Founding member, principal songwriter, lead vocalist and bass player Steve Kilbey, whose autobiography  Something Quite Peculiar was released this year talks about a life in music.