Chester Borrows and members of the Safe and Effective Justice Advisory Group hold their first first public discussion on Monday 15 October in Papatoetoe, Auckland at 9.30am. Borrows is the group's chair and explains what these public events hope to achieve as the group looks to gather feedback on reforming NZ's criminal justice system. 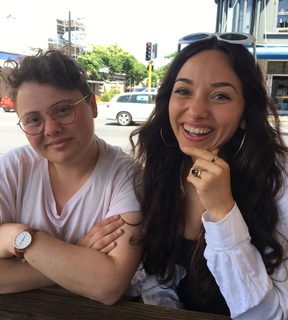 The two New Zealand activists being sued by an Israeli court for almost $19,000 are confident the ruling will not be enforced. Justine Sachs, a Jewish New Zealander, and Nadia Abu-Shanab, from a Palestinian family, wrote an open letter to popstar Lorde last year through The Spinoff website, asking Lorde to join the artistic boycott of Israel known as the BDS (Boycott, Divestment, Sanctions), a global pressure campaign. Lorde went on to cancel the concert. The Israeli Court says it's suing for the "mental harm" suffered by three teens who missed out on the concert. Nadia Abu-Shanab explains. 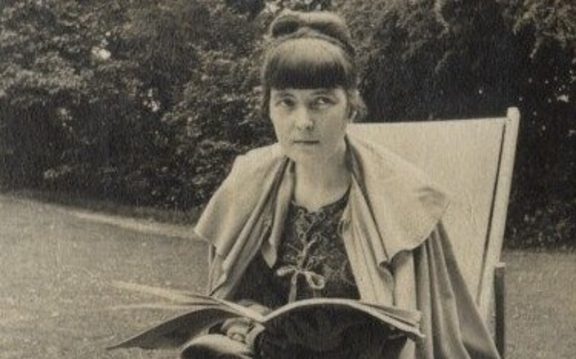 Today marks 130 years since Katherine Mansfield was born and it's also 30 years since her birthplace was opened to the public as a museum. There will be celebrations at 25 Tinakori Road in Thorndon, Wellington, to remember the author's literary contributions. Mansfield House director, Tamara Patten, outlines the events and a special announcement.

This week on our parliamentary programme - Phil Smith sits down with Labour's Ginny Andersen and National's Chris Bishop to catch up on the work of the Justice Select Committee - including the phenomenal task of hearing thousands of public submissions on the End of Life Choice Bill. 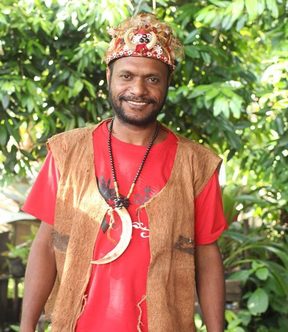 A visiting Western Papuan environmentalist is calling on our government to address human rights issues with Indonesia over its destruction of rainforests in their region. Wensislaus Fatubun is a former diplomat, a film-maker and human rights activist highlighting the toll the continued spread of oil plantations is having on West Papua tribes, traditions and the environment. Wensi explains the Indonesian military is making it nearly impossible for protests to be held.

8:10 Insight: On the outside -  the problem with life after prison 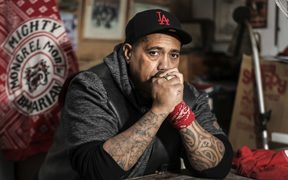 Jamie Mako says he has had little support to succeed on the outside after his release Photo: RNZ / Rebekah Parsons-King

Leigh-Marama McLachlan explores why so many Maori prisoners fail to thrive after their release and end up back inside. 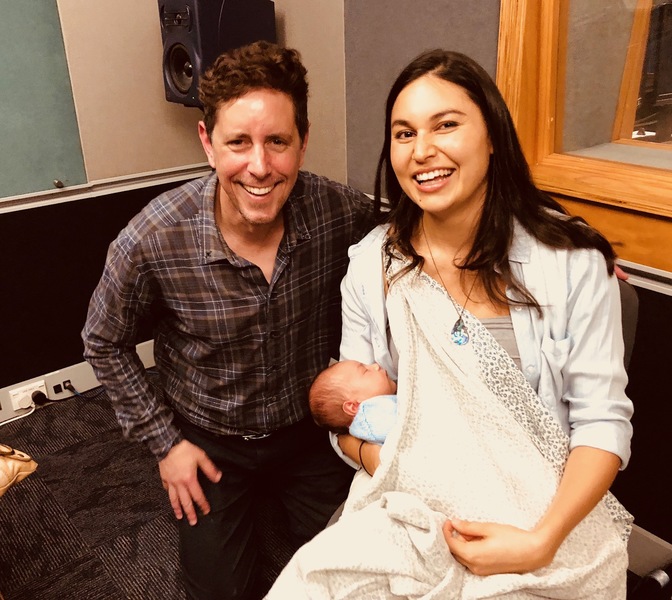 Wallace and Nadia Lim with newborn River in the studio. 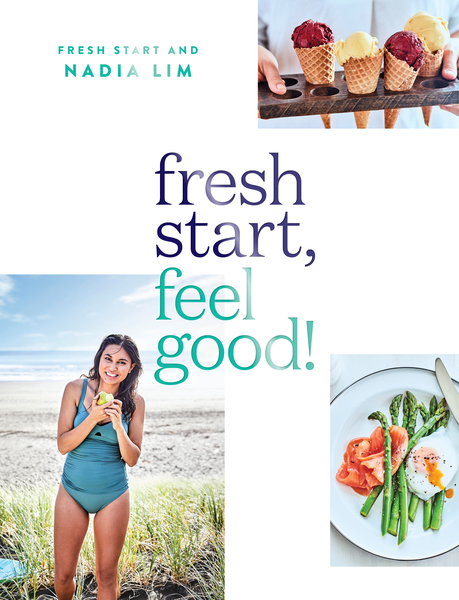 Nadia's book was released just days after she gave birth to her second son, River. 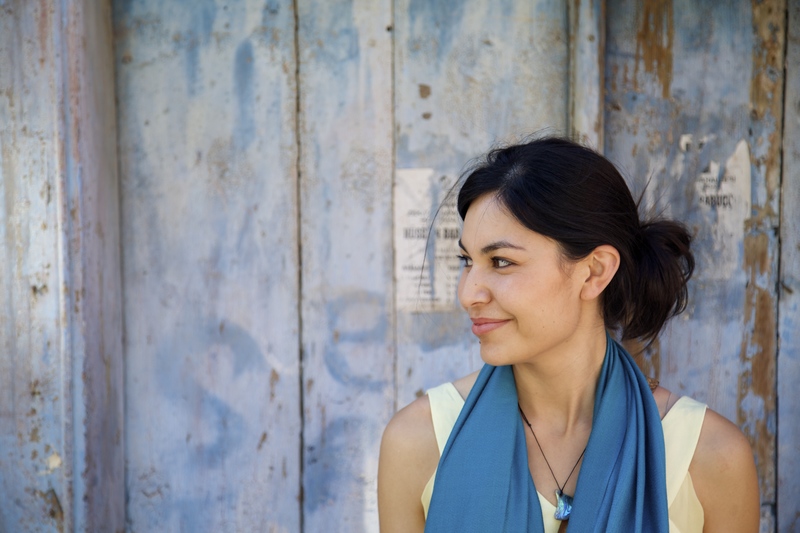 Nadia Lim's latest work goes back to her dietitian days of cooking food that helps with weight loss. 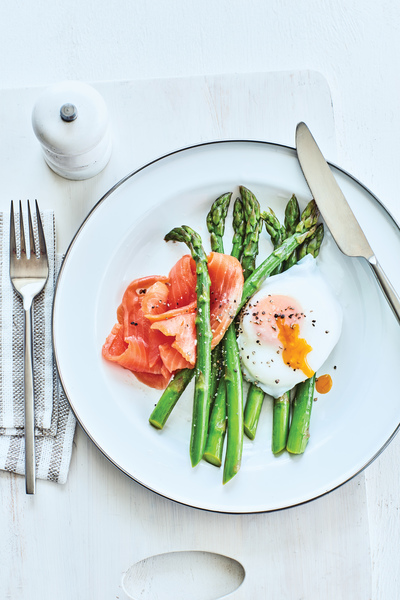 New Zealand celebrity chef Nadia Lim had a bit of a juggle when releasing her latest book, her eighth. Her second son, River, arrived earlier than scheduled. The book  Fresh Start, Feel Good is an extension of her My Food Bag weight-loss meals option. The qualified nutritionist and dietitian is going back to her roots with recipes designed to help people lose weight, but recipes that don't lose the flavour as well. You can see her recipe for Healthy Nasi Goreng here.

With Colin Peacock. This week he talks to one of Europe's leading investigative reporters about journalism in the age of Netflix. And looks at how the price of petrol collided with future of the planet in the news this week

9:37 Jeff Leach: the science of the microbiome and poo 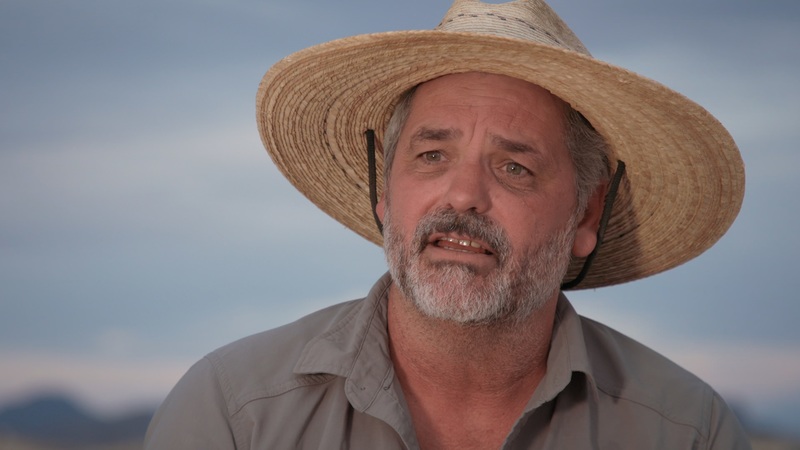 Jeff Leach is co-founder of the American Gut Project which is creating a database of gut microbes from faecal samples posted to him from all over the world. 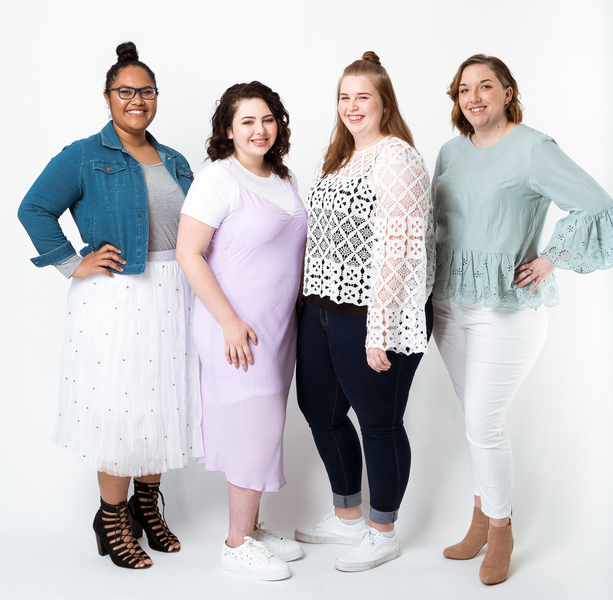 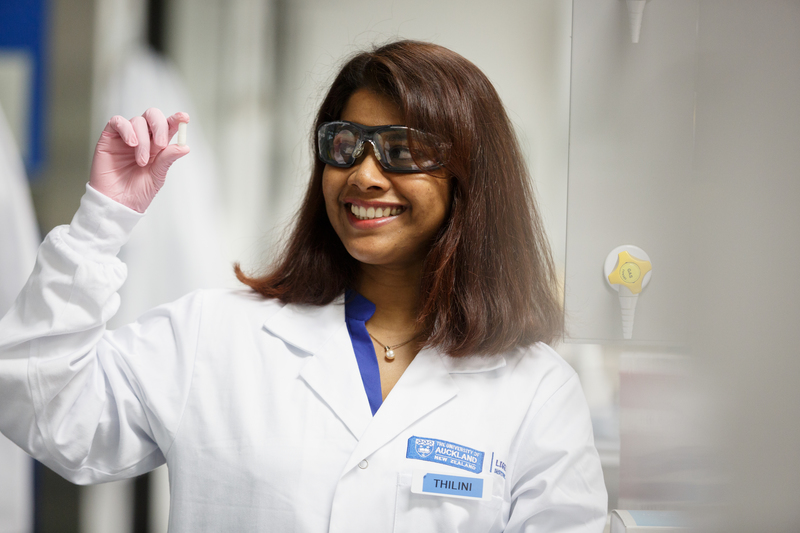 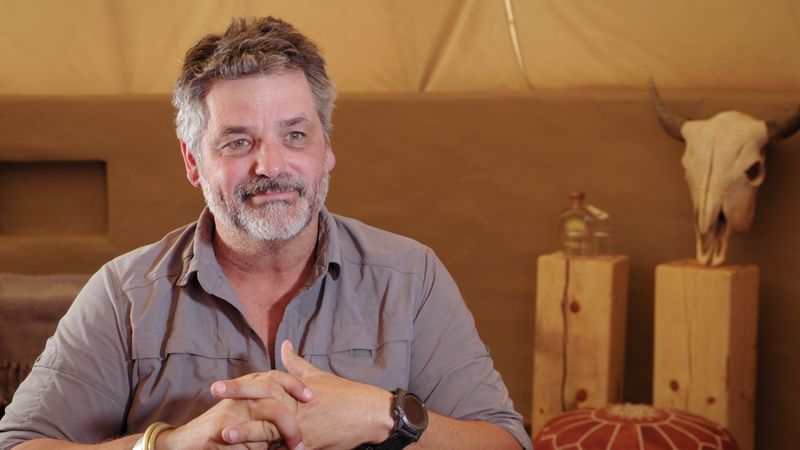 Jeff Leach says the research into faecal transplants is still early stage. He appears in The Good Sh*t on TV on Tuesdays and online.

Jeff Leach has been leading the charge on what our microbiome means for our health and wellbeing. He’s the co-founder of the American Gut Project which collects faecal samples sent in from all over the world. He’s one of those involved in the TV3 series, The Good Sh*t, which has followed the fortunes of four overweight young women trialling a new therapy to help lose weight. They have been taking capsules that contain bacteria from the faecal matter of fit and healthy people, carefully chosen by scientists. The trial relates directly to the latest research and uncovering  the science of the human microbiome. Jeff talks about what the microbiome does and whether that science could hold the secret to tackling the obesity epidemic. The final episode of The Good Sh*t is on TV3 on Tuesday but the previous two episodes are on Three Now along with additional material. 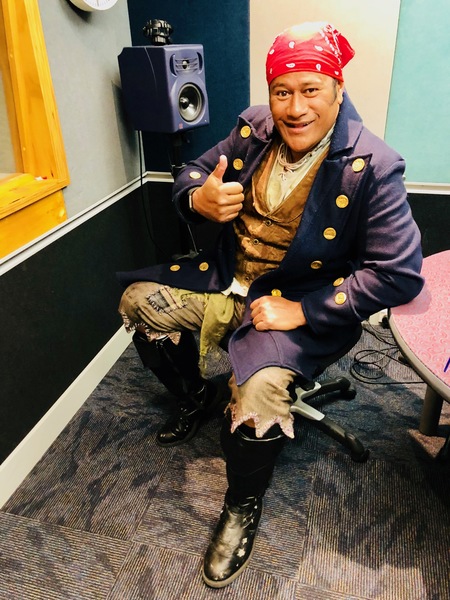 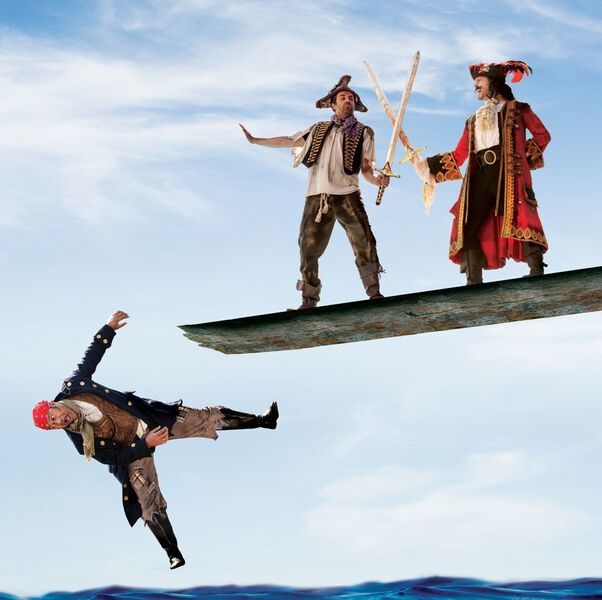 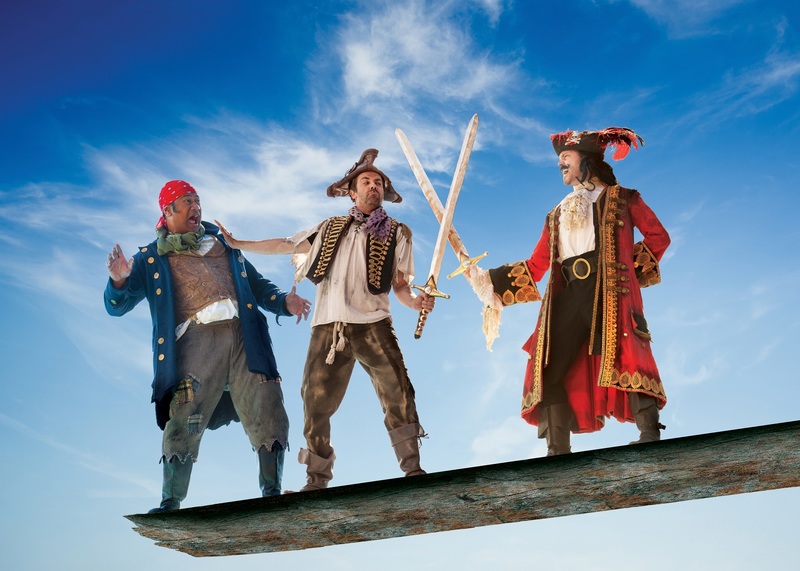 Jay Laga'aia's back in New Zealand to perform in Auckland, Wellington and Christchurch in Peter Pan Goes Wrong. 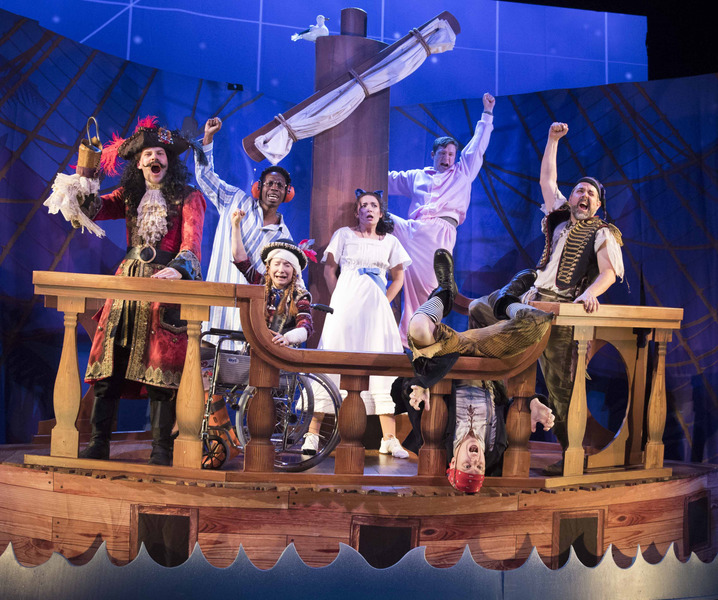 Peter Pan Goes Wrong has been nominated for an Olivier Award for Best New Comedy. 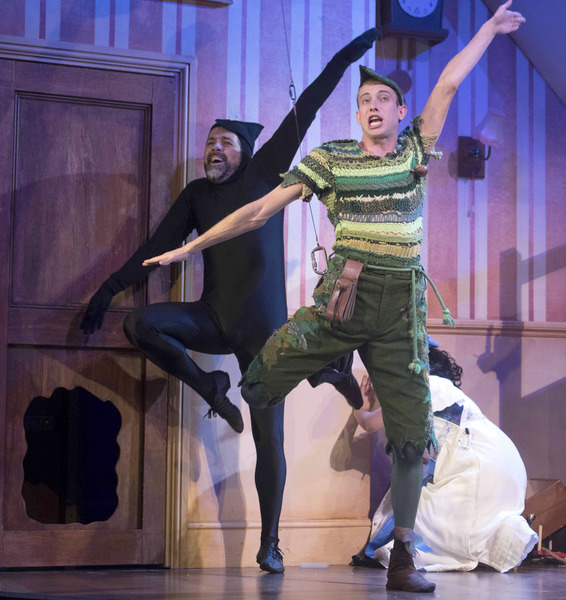 Jay Laga'aia is joined by 11 other actors for the New Zealand production of Peter Pan Goes Wrong which has received critical acclaim for its West End performances. 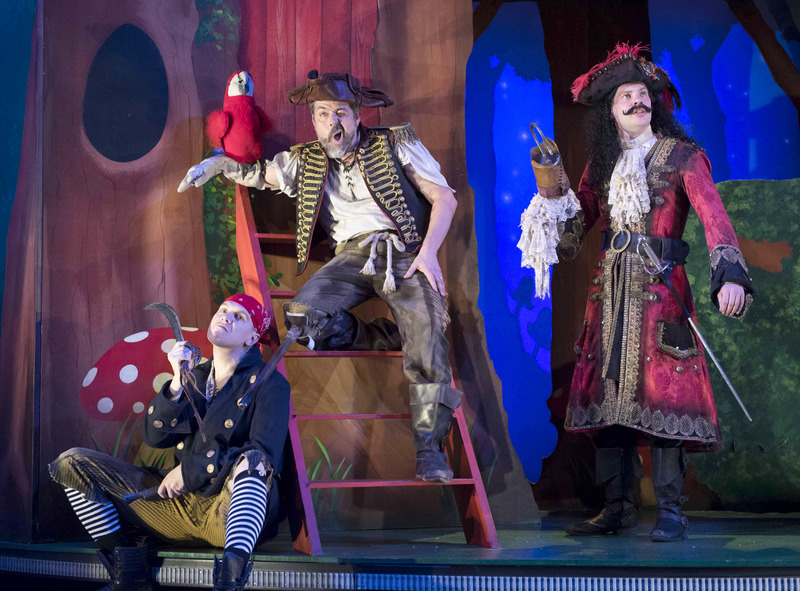 Peter Pan Goes Wrong is the latest work from the writers of The Play That Goes Wrong.

Over the years Jay Laga'aia has been in so many shows it’s hard to say he’s been known for anything in particular. The Auckland-born Samoan actor has done everything from present Playschool and Spot On to appear in Star Wars; had the long-running gig in The Lion King, recorded children's albums, starred in Water Rats, Home and Away, and the stage play Wicked, and teach drama. The father of eight lives in Sydney with his partner Sandie where he’s now a dual NZ and Aussie citizen. He’s now gearing up to appear in the comedy stage production Peter Pan Goes Wrong back in New Zealand. 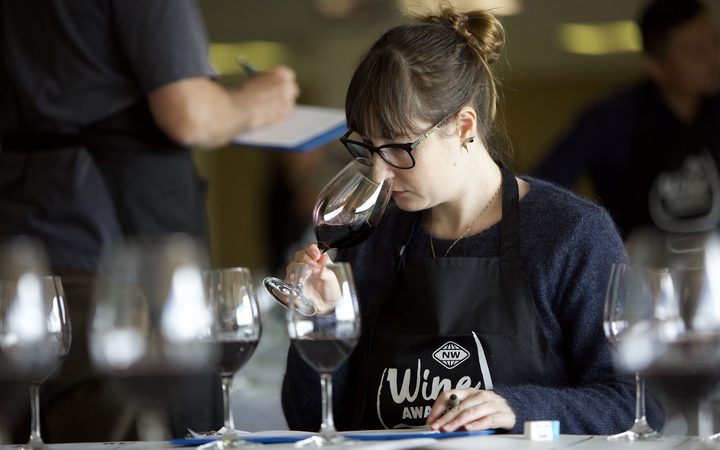 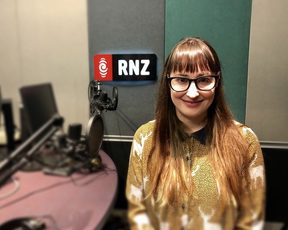 You could say Rebecca Deed’s stellar career in the science of wine was more accidental than chosen. At secondary school her preferred subjects were English, History and French but her tertiary studies led her onto an entirely different path. At 33 she’s not just a lecturer in Wine Science at Auckland University but also a national senior wine judge. She’s just finished with the New World Wine Awards and will later in the year be judging at the New Zealand Aromatic Wine Competition in Christchurch. She talks about her unusual twists while studying and how it’s led to her whole family holding their own tasting competitions. She also has some tips for the novice wine drinkers.

11.04 Mark Tierney: out of the wilderness 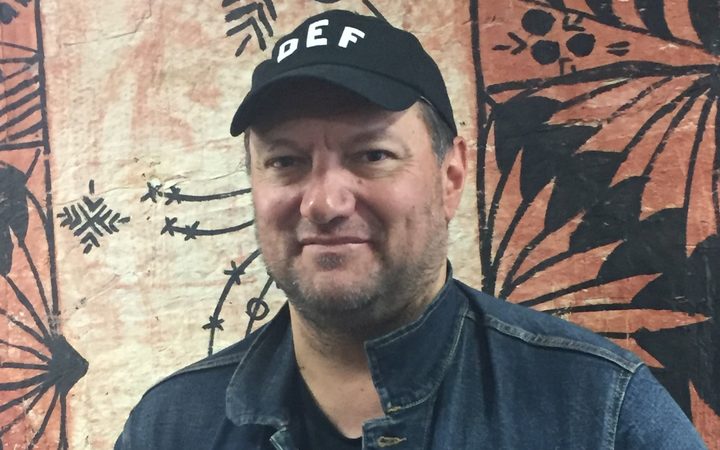 Mark Tierney is a NZ songwriter, music video maker, documentary maker and producer but is best known as part of the multi-platinum winning 1990s band Strawpeople, along with then-music partner Paul Casserly. Strawpeople's deep bass pop electronica created a string of well known songs such as Trick with a Knife and Dreamchild. The former Aucklander has been working overseas for many years - with the BBC, CNN, Al Jazeera and others, making documentaries and advertisements. But now he’s released his first music in more than 20 years. His single Drowning is out now and his album Exhibition will be out later in the year.  It will feature 10 songs with an accompanying photography exhibition and a 30-minute video installation.

On Friday 19 October at 8.30pm, Friday Night Live (Nights with Bryan Crump) will replay for the first time in 20 years, RNZ's 1998 recording of Strawpeople Live at The Helen Young Studio. This unique session is an acoustic re-arrangement of classic Strawpeople songs featuring string players from the Auckland Philharmonia with Victoria Kelly on piano, and Fiona McDonald on vocals. 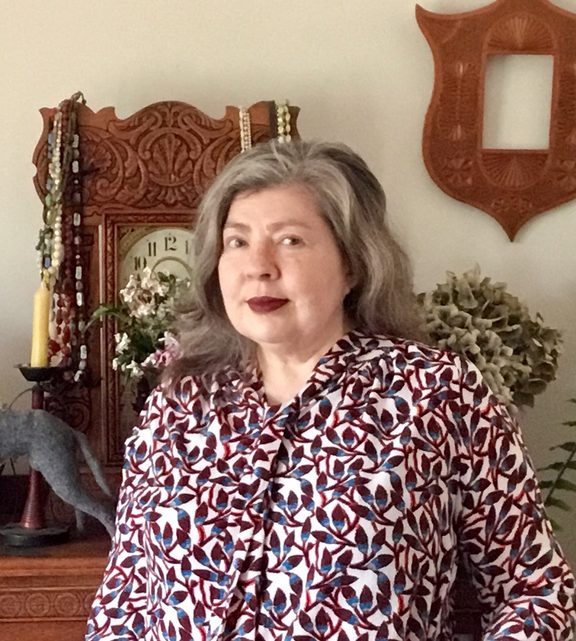 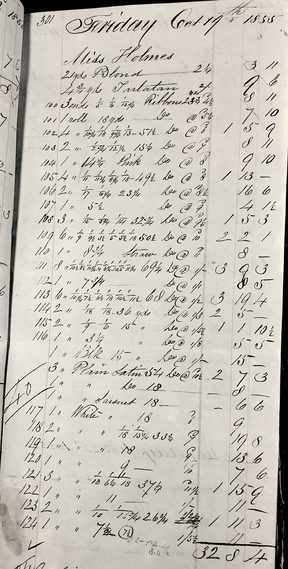 Inside the 1854 'Day' book of William Clark draper and clothier, Lambton Quay, Wellington. Photo: Collection of the Alexander Turnbull Library

When fashion and textile historian Angela Lassig was researching for a proposed book on a comprehensive history of clothing in 19th century New Zealand, she came across gold in the Alexander Turnbull Library. She found the vellum “Day” books of a mid 19th-century clothier and draper in Lambton Quay Wellington. The books contained the handwritten records of 20 years of every purchase made in the draper store of William Clark. It’s a fascinating insight into the shopping habits of women in particular in the 1850s. On Tuesday 16 October at 5.30pm, Angela will give a talk entitled “Two yards of Serge for Mrs Pharazyn: Wellington women go shopping in the 1850s” at the National Library in Wellington.