On the outside: the problem with life after prison 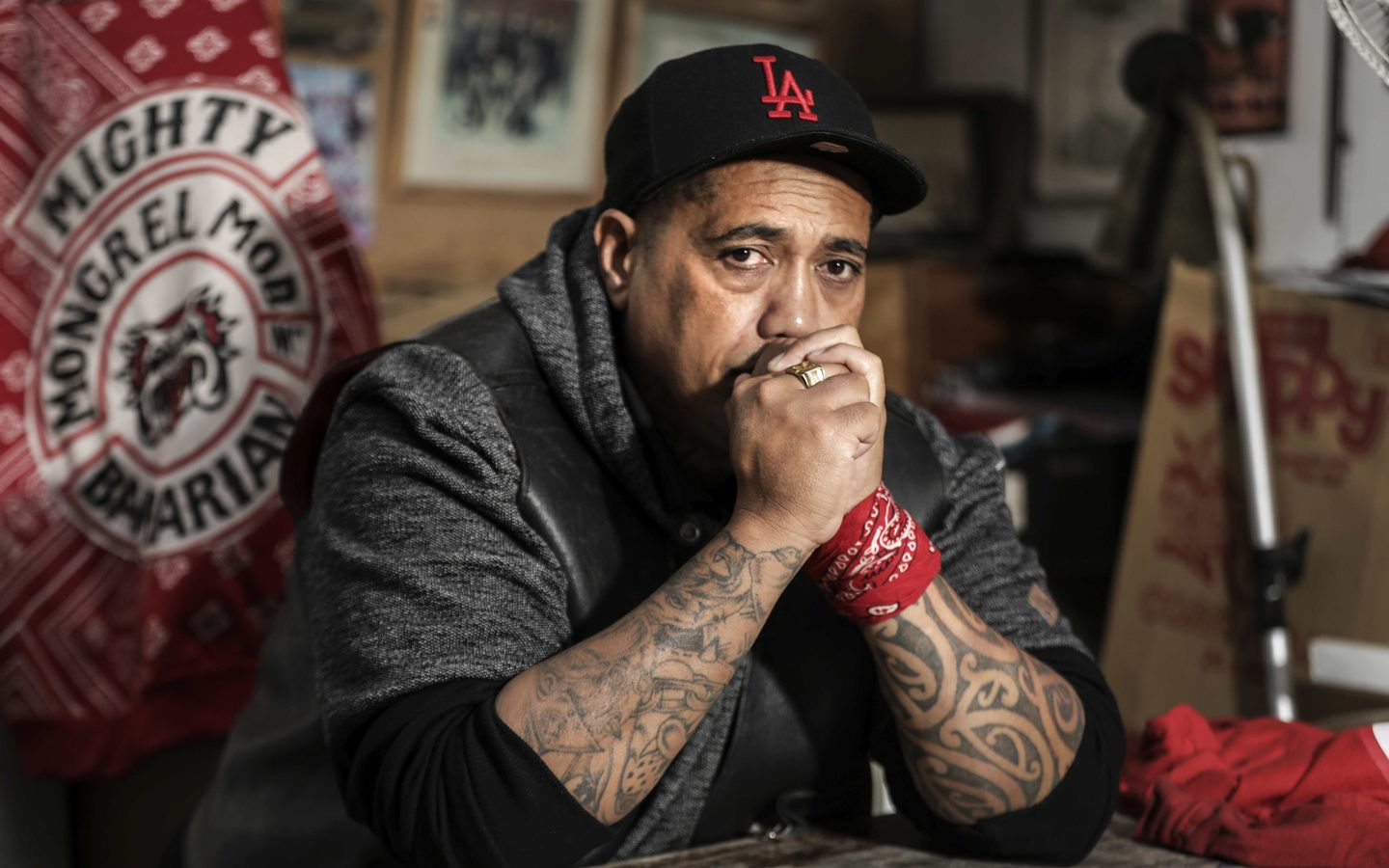 If you serve time in jail there is a nearly one in three chance that you'll end up back behind bars in the first year after release. For many, it seems the pull to return to their old ways is almost inescapable. For Insight, Leigh-Marama McLachlan speaks to former prisoners trying to build a life outside the gates.

Jamie Mako, 46, spent his first night of freedom in four years sober driving for his mates and sleeping in a car outside the Mongrel Mob pad in Porirua.

He had been arrested that morning, July 24, for an altercation at Work and Income and he spent the rest of the day at a friend's funeral.

"I was at the Mongrel Mob pad, I slept there for the night after the tangihanga when one of our brothers had passed away.

"I opted to be the sober driver for the brothers and then at four o'clock in the morning, I slept in the car."

His accommodation plans had fallen through and he did not want to crash on his younger brother's couch, because he already had a full house.

Mr Mako had just served four years in Rimutaka Prison for armed robbery. But even before that he was no stranger to prison. He was in and out of jail since he was 18.

With nowhere fixed to stay and not a lot of money behind him, he said his options to keep on the straight and narrow were limited.

"But I do realise that those are high risk situations for me. I am just so grateful that I have disciplined myself. I know the consequences of those actions if I go back into that world."

He said his friend runs a business of sorts, and offered him a room upstairs. Although he appreciated the gesture, he refused.

"It came from the heart but I just did not like the undesirables it attracted, because it is not a very healthy or stable environment for me.

"I find myself having to go back into my old lifestyle and do what I got to do to survive."

Easing back into whānau

A lot has changed for Patricia Walsh in the almost a decade that she has been out of prison. But the transition back to family life was etched into her memory.

Her criminal record lists 144 convictions and sentences amounting to 20 years. She had been in jail five times before her last lag in 2009.

"You're free but you're not free; you're pushed out the gate really."

Ms Walsh was released to home detention with a family she hardly knew in Wellington - forbidden to return home to her children and grandchild for nine months.

"The sad thing was I couldn't go back to my hometown where my kids were, where my support systems were.

"Corrections realised that my family may have a negative impact on me, but being here isolated in Wellington, I felt just as isolated." 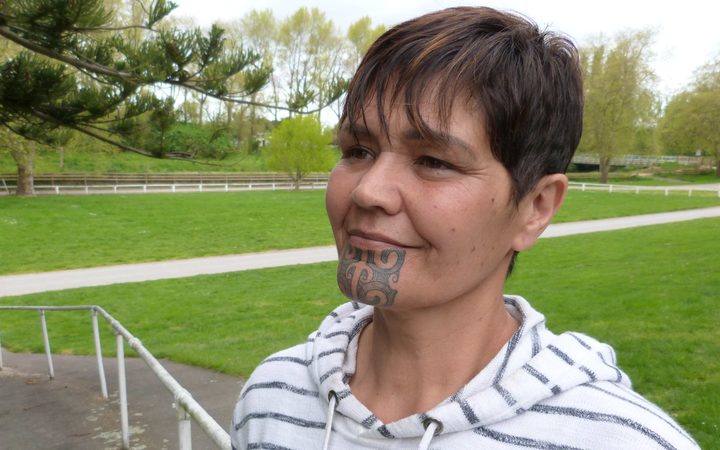 Patricia Walsh struggled to ease back into a family that had carried on without her. Photo: RNZ Insight/ Leigh-Marama McLachlan

Moving home was an adjustment. She said the police called in to say they knew she was back in town. She was used to a routine. She did not speak often, and was not used to thinking for herself.

"How do we ease ourselves back into a family that has carried on without us? They are expecting the same behaviours from you that they got before you went to prison.

"Even if you had managed to make some changes while you were in prison, when you go home, there is that need for you to be the same person so you tend to go back to behaving those ways."

Ultimately it was her whānau that got her off methamphetamine and on the right track.

"I went back into that addict behaviour and my son said to me, 'Mum change what you're doing,' or [he said] he's not going to let me have a relationship with my moko.

"He gave me a koha, he told me I was the strongest person he ever knew and that I could do anything.

"I didn't realise my strength. I was always that victim, that little girl that had been hurt."

These days, Ms Walsh is adorned with a beautiful moko kauae. She has a Bachelor of Social Work and is flown around the country to speak publicly about the justice system.

The most heart breaking thing for her was realising that she had missed the window of opportunity to show her children how valuable they were.

Having to choose work over whānau

It felt like the right thing to do to be up-front about her jail time, but Mihi got sick of employers shutting the door on her whenever she did.

After not being able to get work in her hometown, the mother of one decided to move away from her friends and whānau for a job in Auckland.

"It's hard to fit in to society when you get out. I only did a short lag of six-months and it's hard getting a job," she said.

Mihi got out of prison in January after being locked up at Arohata Prison for several convictions including assault, breaching protection orders and benefit fraud.

Her and her ex-partner were both convicted of benefit fraud she said totalled $76,000. This time around, she kept it from the boss, and landed a cleaning job.

"If he found out he would probably let me go. What am I going to do with that? 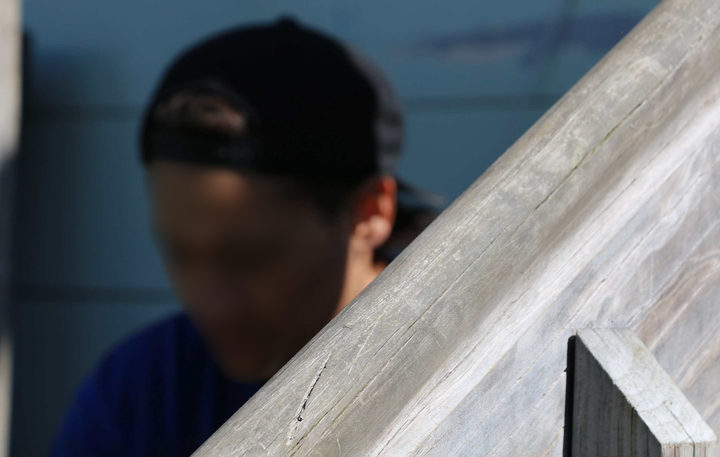 Without a job "Mihi" fears she could fall back into drug use. Photo: RNZ Insight / John Boynton

When Mihi left prison, she got rid of everything to do with her past relationship. It was part of the process to move forward and forge a better life.

"I didn't want any of my stuff from my past so I left all of that alone."

Once upon a time, Mihi had protection and restraining orders put in place by her son's father. Now she drives 12 hours return to see her son every second weekend.

Ideally, she would be living in the same town as him, she said, but things were looking up now having a job.

"My car is actually f***ing legit, everything I have had hasn't been legal - for the first time in five years I have got a car that's legit, it's mine."

"My son is really proud of me and he's seen me come a long way too and I am able to support him. I used to do that on the dole - but the dole is the dole and I need to set a better role model for him."

A former prisoner who ended up back in jail dropped his head in shame when he caught the eye of senior Corrections staffer Neil Campbell.

The General Manager of Cultural Capability said the man told him how hard it was to use the skills he had learned in rehabilitation when he got back home.

He said when he got into an altercation with his partner, he tried to draw on his lessons from prison to diffuse the situation.

But Mr Campbell said it all went wrong.

"He told me that his partner looked at him like he was from Mars and said: 'Don't come back here with all your flash prison crap.'

"He found it easier to up and punch her in the face again." 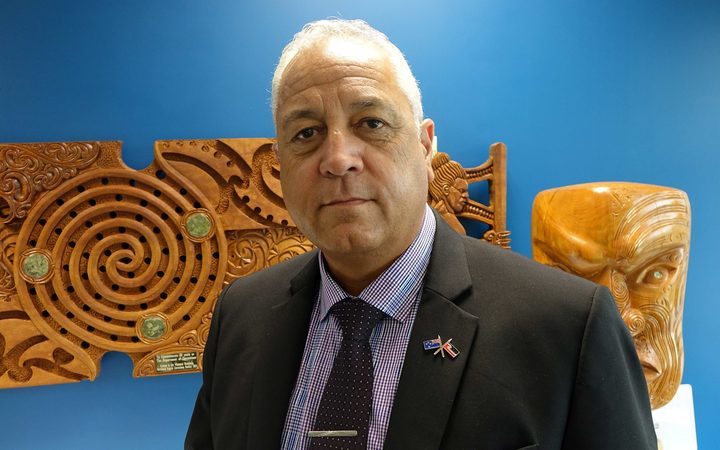 For Corrections Neil Campbell it's the whole family that has to be rehabilitated, not just the prisoner. Photo: RNZ Insight / Leigh-Marama McLachlan

The department spends just under $200 million on rehabilitation each year, and $20m on reintegration services. It's budget last year was $1.4 billion.

There is little value in rehabilitating prisoners in isolation, Mr Campbell said.

"We had invested good time, good money, and good quality programme with this individual, but he was going back to a situation where nobody else had had exposure to that rehab, so couldn't recognise it when he was trying to practise it."

Mr Campbell said rehabilitation was only as good as the environment that people were returning to and called for investment in whānau and community.