7:11 Sheldon Murtha: racing industry had its head in the sand

Racing broadcaster Sheldon Murtha talks about the independent report released this week by Australian racing expert John Messara, on the state of the racing industry in this country.

September 3 marks the start of Money Week organised by the Commission for Financial Capability.  This year the focus is on how we could weather a financial shock such as losing a job or long-term illness. Katrina Shanks, is a chartered accountant and CEO of Financial Advice NZ.

A weekly digest of the events in Parliament. This week: Before Maori, before women and before most men, the vote was given to goldminers. Not Chinese or Maori ones though, just the British subjects. 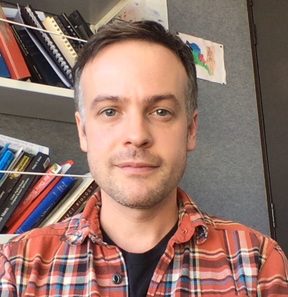 Friday was Daffodil Day, held each year to raise money for the Cancer Society of New Zealand. Part of those funds get put into research, including work on the cancer-fighting properties of the NZ sea sponge. A team at Victoria University led by metagenomics lecturer, Dr Jeremy Owen is trying to synthetically reproduce some of those cancer-fighting compounds in the laboratory. 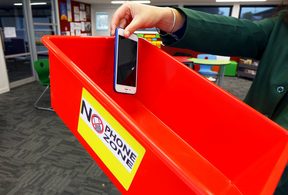 At East Otago High School all students' and teachers' phones go in the box at the beginning of class Photo: RNZ Insight/Tess Brunton

When students in France head back to school in September, they'll not only be saying goodbye to the freedom of the northern summer break, they'll also be saying 'au revoir' to their mobile phones. President Emmanuel Macron's government is pushing the idea that young people need the legal "right to disconnect" from the pressures of digital life during the school day. Such an authoritarian approach is unlikely to take root here, but some schools are banning the devices. Insight's senior specialist reporter Teresa Cowie has been visiting schools to find out how they are managing mobile mayhem inside the school gate. 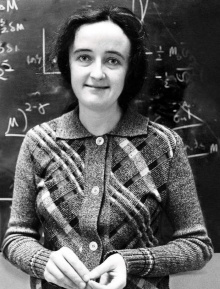 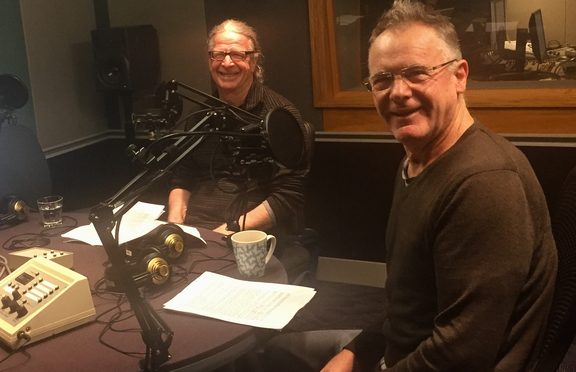 The story of brilliant cosmologist Beatrice Tinsley is relatively unknown although a past biography of her life by Christine Cole Catley revealed the significance of her contribution to science. Tinsley was born Beatrice Hill in England but grew up in New Zealand attending New Plymouth Girls' High School and later Canterbury University. When she married fellow scientist Brian Tinsley she moved to Dallas, Texas, and her groundbreaking PhD thesis in 1966 was “Evolution of Galaxies and its Significance for Cosmology”. She faced significant challenges professionally and personally but she was a trailblazer who championed women’s rights while redefining the universe. Now her story will be told in  Bright Star a play written by Stuart Hoar, directed by Paul Gittins and starring Chelsea McEwan Millar as Beatrice. It runs from September 5-16 at Auckland's Aotea Centre and is a timely celebration for the 125th anniversary of women’s suffrage in NZ. Stuart Hoar and Paul Gittins talk about her story.

Presented and produced by Colin Peacock. How the media responded to the death of TV broadcaster Greg Boyed. Also: the rights and wrongs of leaks - backing the All Blacks from the public purse. 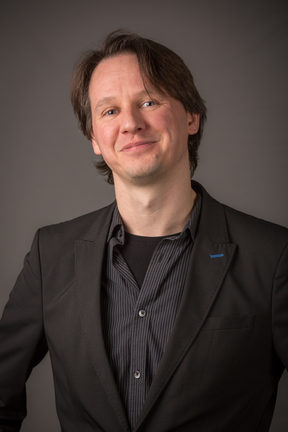 Donald Trump’s presidency has brought with it a group of conspiracy theorists who are increasingly getting up from their keyboards to turn up at Republican Party and Trump rallies. A group known as QAnon are being sent information online from a person whom they believe has security clearance in the White House. That person says there is a deep state that Trump is fighting, consisting of  Democrats and A-list Hollywood stars who are part of a paedophile ring, among other unproven claims. Jan-Willem van Prooijen is a professor of psychology at Vrije University in Amsterdam and an expert on conspiracy theorists and has written a book called The Psychology of Conspiracy Theories. He explains how these theories start, spread and are difficult to shut down even by using science or undisputed facts.

10:04 Sam Neill: following in the wake of Captain Cook 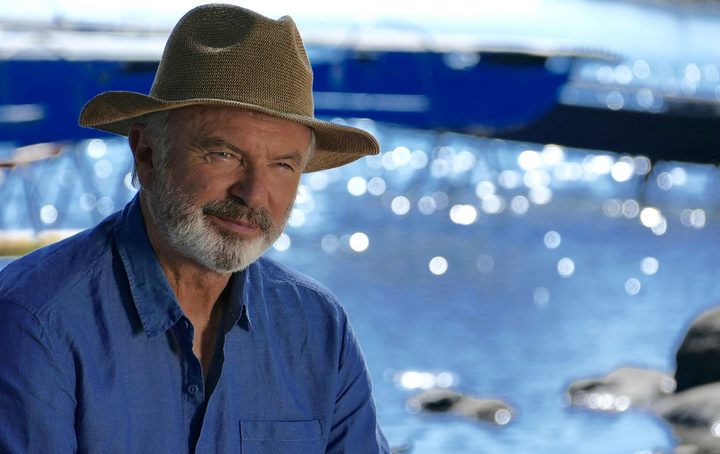 Sam Neill says "Uncharted with Sam Neill" was the greatest adventure of his life. Photo: Supplied

The book that accompanies the TV series Uncharted with Sam Neill. Photo: Supplied

Kiwi actor Sam Neill took a year off making movies to undertake what he describes as the voyage of his life. He followed the path of Captain James Cook’s explorations through the Pacific, seeing what Cook saw and meeting the descendants of people he met. The result is a six-part series beginning on Prime, Sunday September 2 at 8.30pm, called Uncharted with Sam Neill. It’s also accompanied by a book written by Australian historian Meaghan Wilson Anastasios, The Pacific: In the Wake of Captain Cook. Sam Neill talks to Wallace about his fascination with Cook, and also reflects on his life in film. 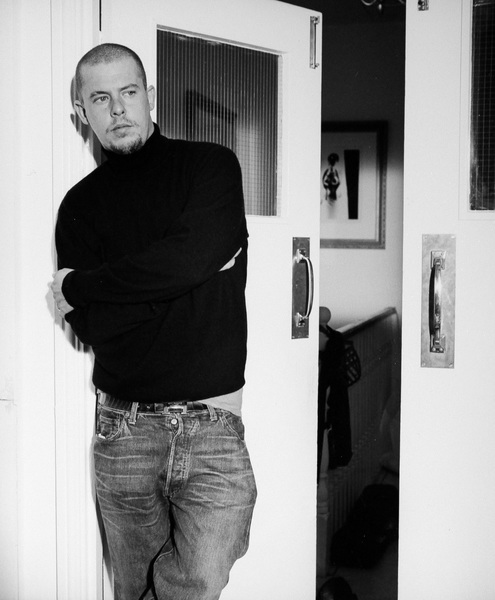 British fashion designer Alexander McQueen, known as Lee to his friends. He died in 2010. 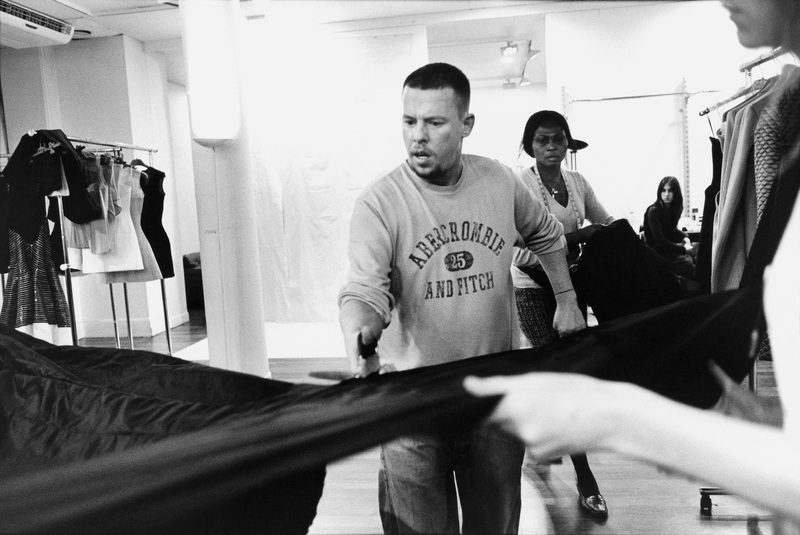 Alexander McQueen's life is told in the film McQueen out in NZ on September 6. 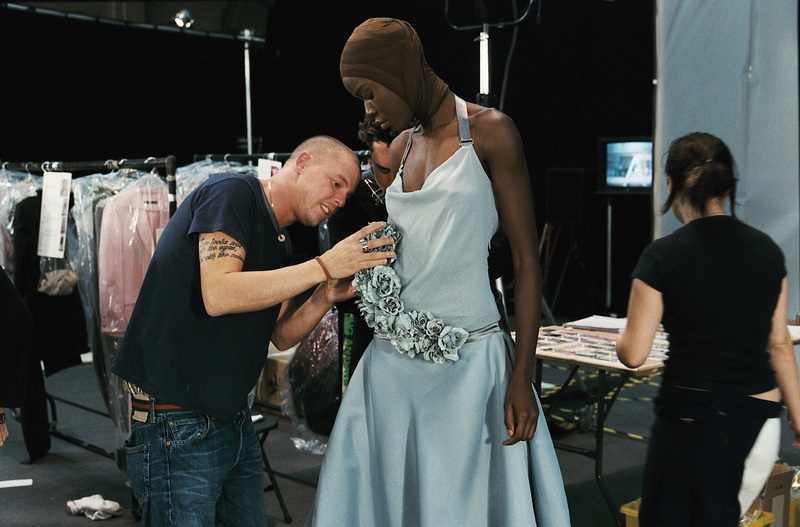 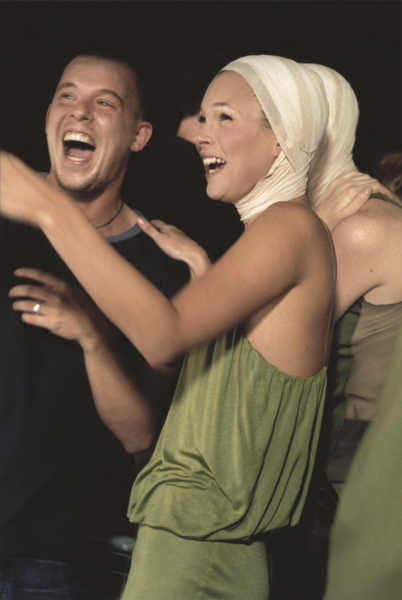 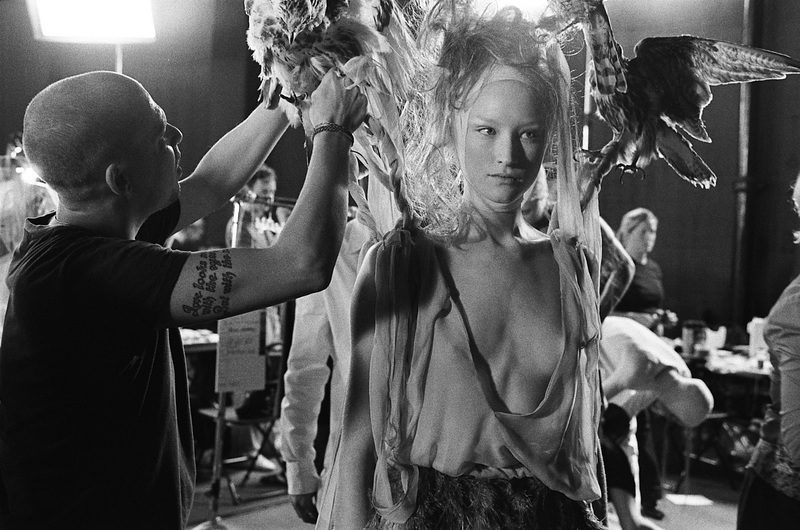 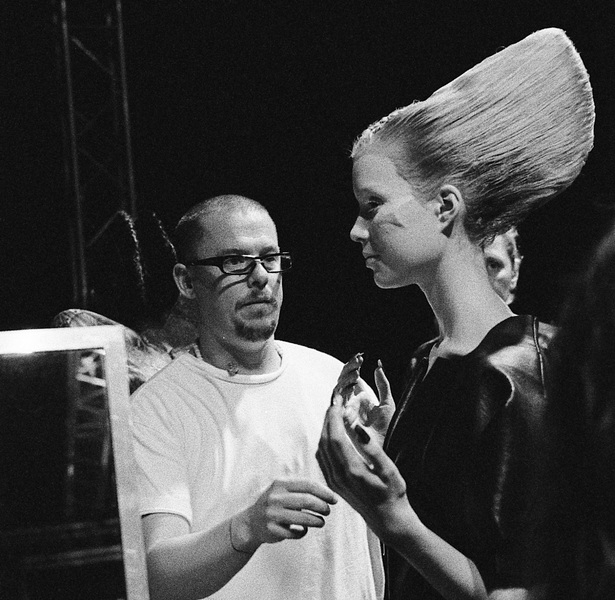 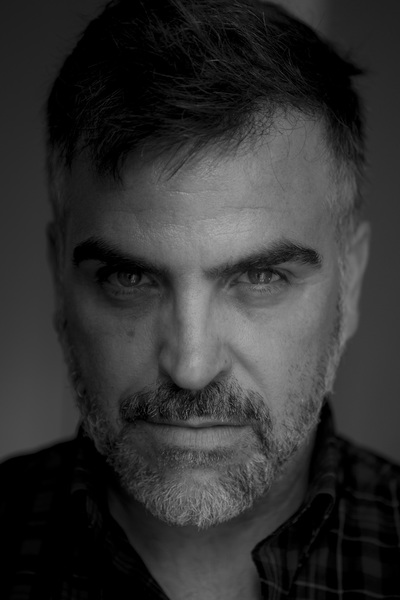 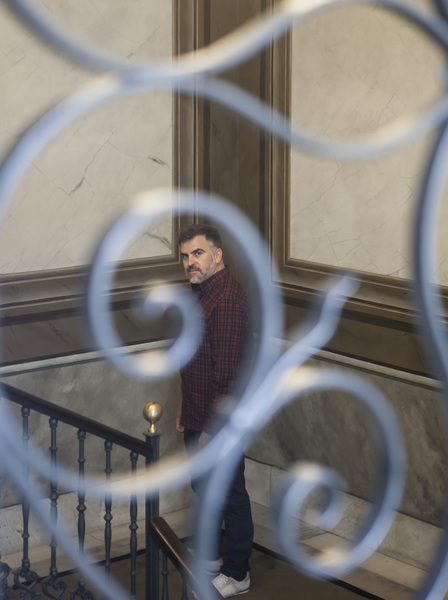 Sebastian Pons worked with Alexander McQueen and features in the film McQueen. Photo by Bruno Daureo 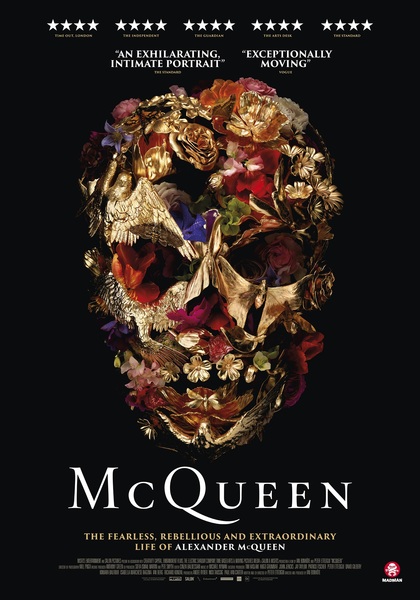 The youngest of six children, Lee Alexander McQueen was expected to become a plumber, a bricklayer or possibly a cab driver like his father. Instead, he became one of the most original and influential fashion designers of the 20th Century. His story is told in a new documentary called McQueen and one of those who appears in it is close friend and Majorca-born fashion designer Sebastian Pons who worked with him at Givenchy before debuting his own collection in New York in 2003. Pons reveals why he took so long to decide to take part in the film and also how the New Zealand movie The Piano had a big influence on them both. These days Sebastian Pons has moved into “gender fluid fashion” and he talks to Wallace about his Muchache range as well. 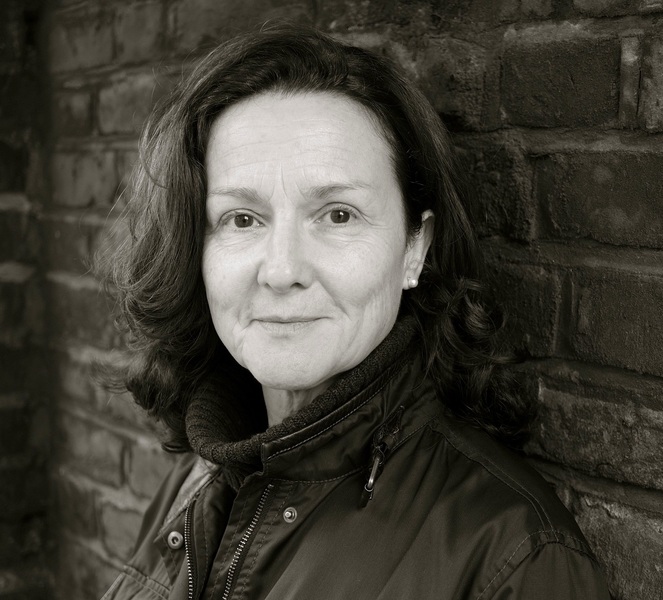 Military medical historian Dr Emily Mayhew, who specialises in the study of severe casualty. She is a research fellow in the division of surgery at the Imperial College, London. 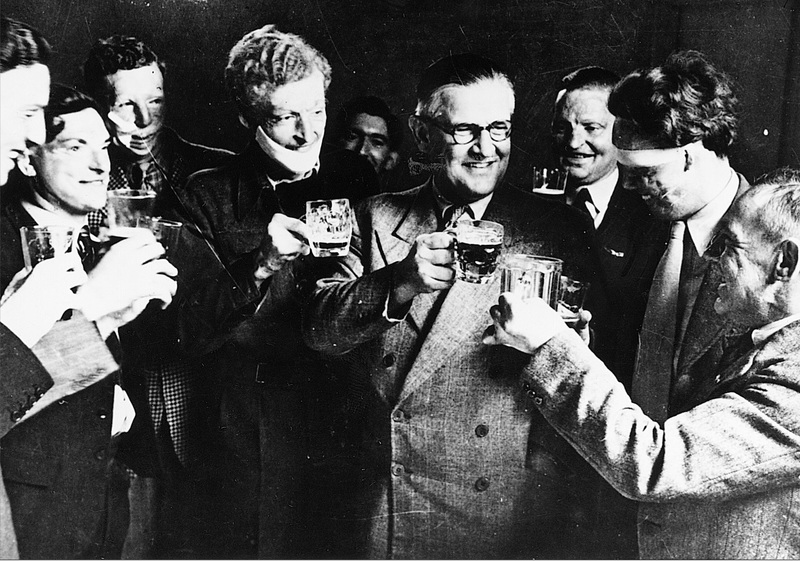 Archibald McIndoe joins his patients at the Whitehall. (Archives of the Museum at the Queen Victoria Hospital at East Grinstead.) 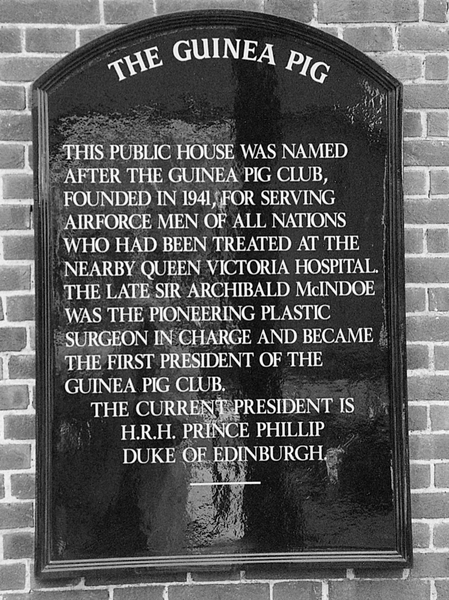 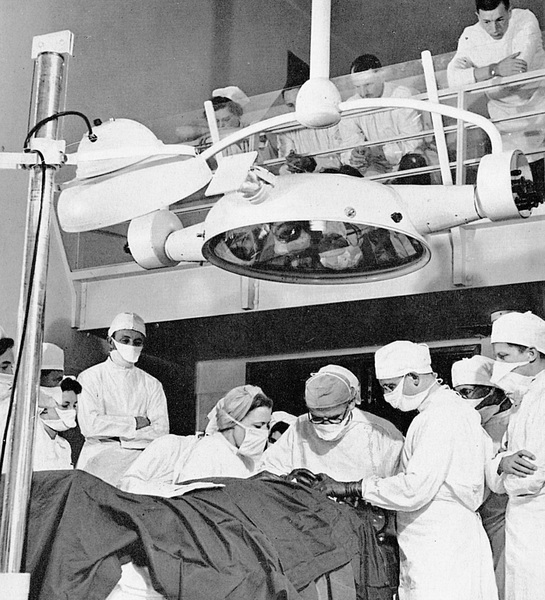 Dr Archibald McIndoe in theatre. (Archives of the Museum at the Queen Victoria Hospital at East Grinstead.) 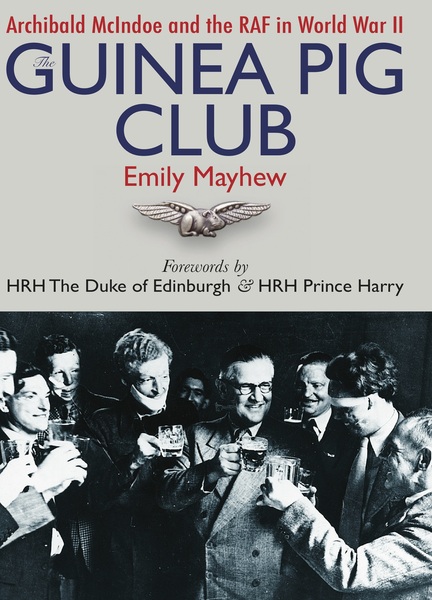 New Zealand born plastic surgeon Sir Archibald McIndoe was ground-breaking in his field. McIndoe was civilian consultant in plastic surgery to the Royal Air Force and his improvement on treatments to casualties disfigured by horrific burns received in combat transformed reconstructive surgery procedures. He was knighted for his work in 1948 and died in 1960. His patients were a tight-knit group dubbed The Guinea Pig Club, and treating them, the incredible story of one the great innovators of 20th Century surgery. The Guinea Pig Club: Archibald McIndoe and the RAF in WW2 is a book by military medical historian Dr Emily Mayhew, who is a research fellow at London's Imperial College.

11:45  Claire Regnault: knickerbockers on a bicycle

Claire Regnault is a senior curator at Te Papa, where she specialises in dress. She is researching and writing a history of women's fashionable dress in colonial Aotearoa New Zealand and is on the hunt for a pair of 1890s knickerbockers. She talks about women’s fashion in the 1890s, and why knickerbockers became not just a fashion statement but a political one. On Wednesday September 5 at 12.10pm she's giving a talk at the National Library in Wellington called A Material History of Dress. 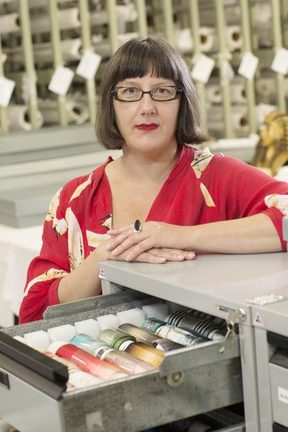 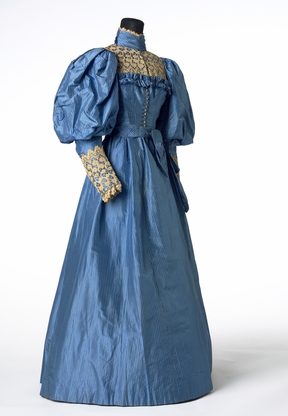