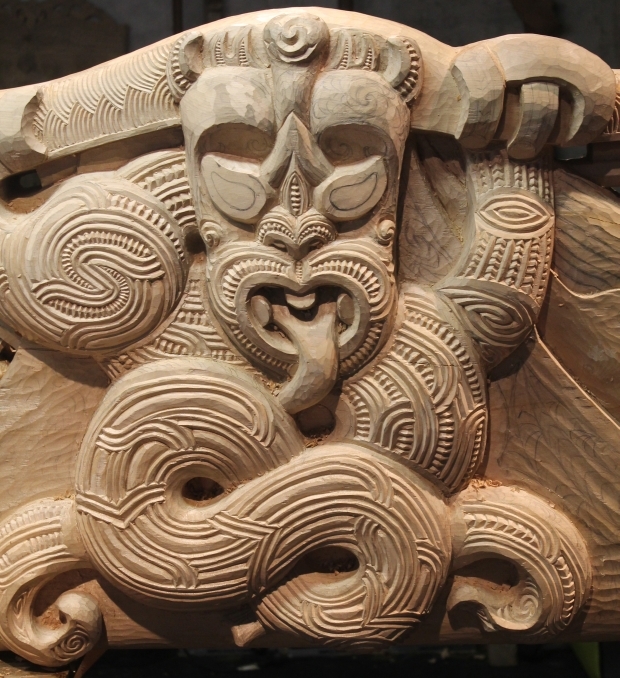 Nga Whaotapu o Tamaki Makaurau: the Sacred Chisels of Tamaki Makaurau is a collective of carvers that includes representatives from the five tribal regions of Auckland; Te Kawerau a Maki, Ngati Whatua, Marutahuahu. Te Waiohua, Ngati Wai and Tainui from Waikato. The six artists are hard at work in Silo Six on Auckland’s Wynyard Quarter, carving a 600-year-old piece of kauri into a lintel to be placed over the doorway of the new Auckland Council Building. The last time a group of this sort came together was to carve a waka for the first Maori King in the middle of the 19th century. 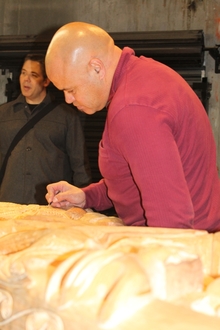 “It’s a long time ago” says Rewi Spraggon (right), who formed the group earlier this year. “And pulling the carvers together this time was a bit uneasy. What was the tension between each of the carvers, the background, the history. But once we came together we talked about each other and the stories, and they were very similar.”

It’s a troubling time right now for Māori carvers. Only a small number of young artists are being trained and a lack of work sees many of them leaving the country and older carvers simply giving up. For Rewi, the situation came to a head last year when he spotted an adze for sale at a local market. He asked to meet the owner and recognised him straightaway.

“He happens to be a master carver. I asked him why he was selling the adze and he said that none of his sons carve, none of his grandchildren carve, and that he is not getting enough work himself. This man has carved meeting houses; he’s carved at a number of schools over the years. It just hit a raw nerve. A carver selling their tools is like giving a body part away”. 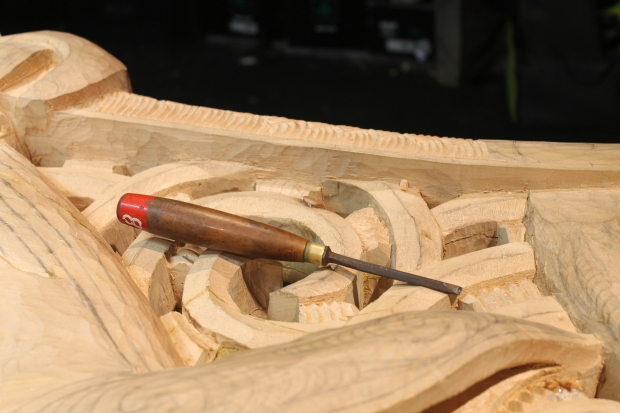 Like everyone, carvers have to eat, provide for their families and pay their mortgages. But to simply carve commercially could be seen as counter to the purpose of Toi Whakairo, which Rewi says is always done for “a reason, a purpose” and carries a “spiritual essence to it”. Although there are carvers who make a living from supplying gift shops, he says this carries the risk of turning them into someone “working in a factory”. 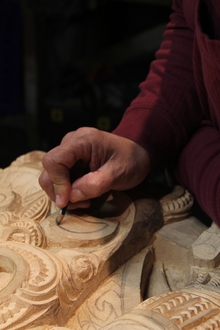 Rewi hopes that coming together (and being properly paid) to work on significant pieces will satisfy both the spiritual and the temporal needs of the modern practitioners of this ancient art form. He sees the lintel as just the first of a series of works designed to reframe the way we see our largest city.

“We’ve actually got a 400 year plan. I was asked ‘what’s your five year plan?’ We don’t think that shallow as carvers. I can give you a five generation plan. I said to the engineers, your building will be condemned before this carving. The artwork will be around for generations.” 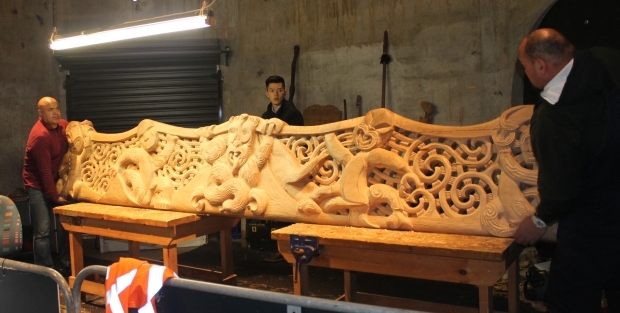 When the lintel is finished, the collective will move on to its next commissioned work, a wharenui on Auckland’s waterfront. Rewi, who in addition to being a carver is also the Māori Protocols Manager for Auckland Council and has a side-line as a TV chef, hopes all Aucklanders, all New Zealanders and all visitors will eventually come to see it as their Tūrangawaewae; a place to stand.

‘As Kiwis, it’s your history. It’s not just mine.”