Standing Room Only for Sunday 14 February 2021

12:16 A much needed art writing award 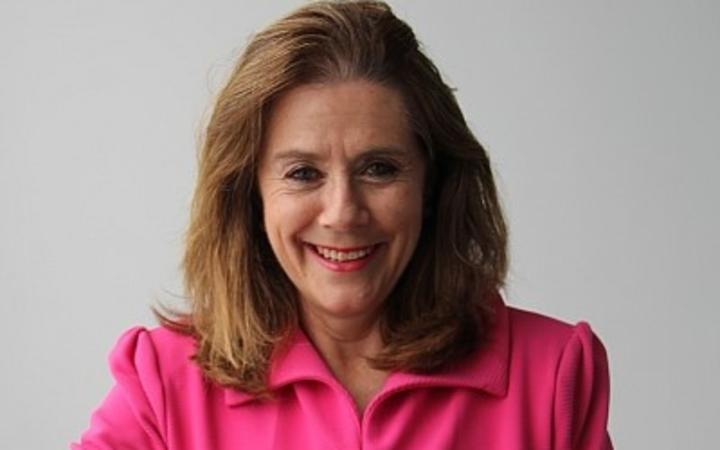 It's been a matter of concern that there are now so few outlets for in-depth writing about the visual arts in New Zealand.

It's bad for writers, for the artists and for galleries.

Now a new annual art-writing award aims to bring creative gusto to the way New Zealand's visual arts are written about, and to get more people talking about artists and their work.

Michèle Whitecliffe, who with her late husband Greg co-founded Auckland's Whitecliffe College of Arts and Design, is behind the award that's being offered in conjunction with the Auckland Art Gallery Toi o Tāmaki.

The winner of the Prize will receive $2500, and their winning entry will be published in Auckland Art Gallery's magazine, Art Toi.

The theme for the first award will be revealed on the 12th of March.

12:30  From New York to Christchurch - the photography of Larence Shustak 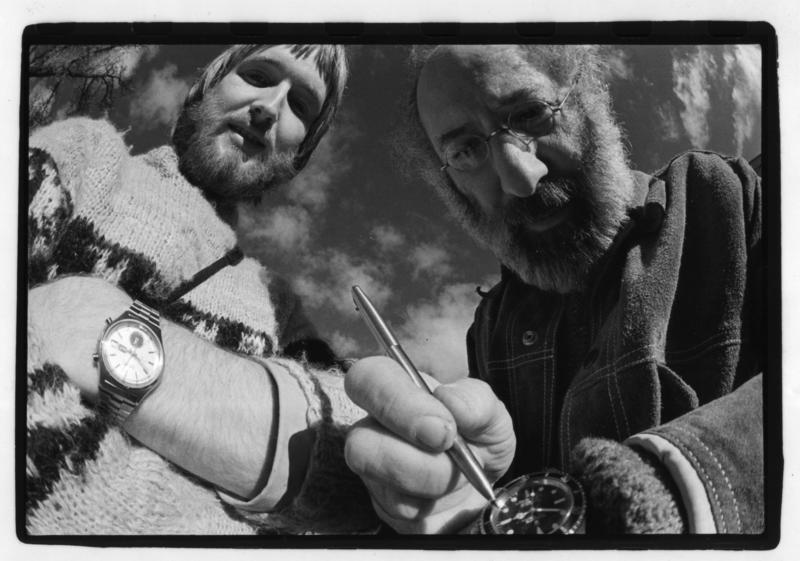 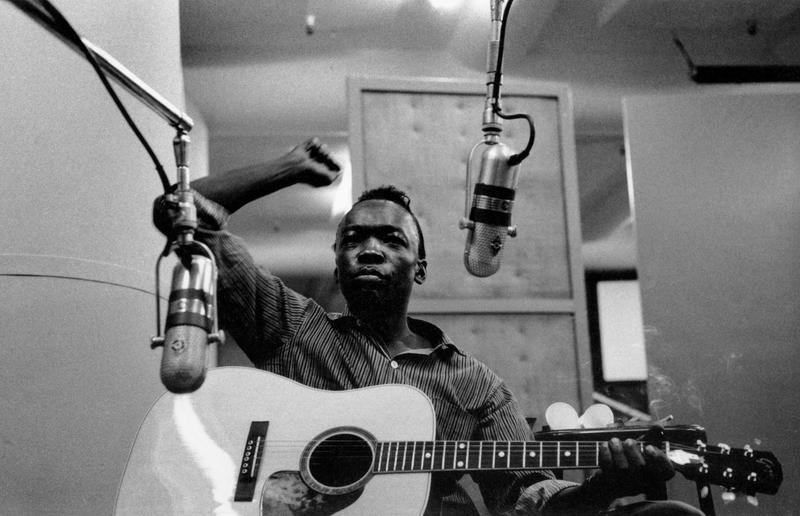 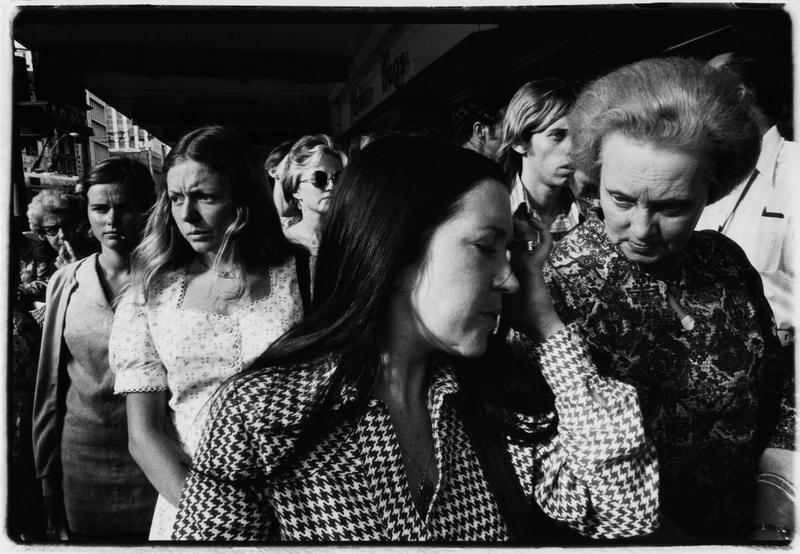 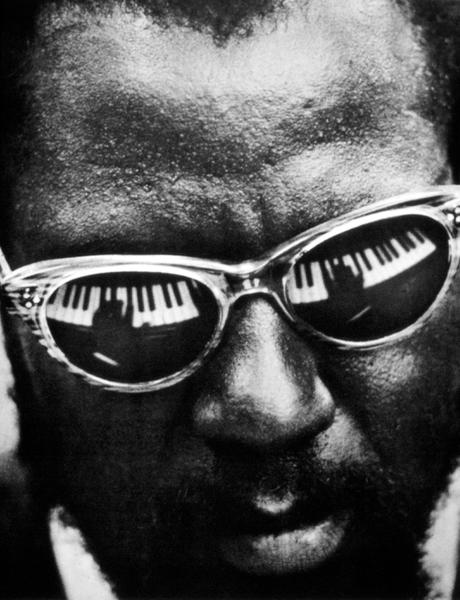 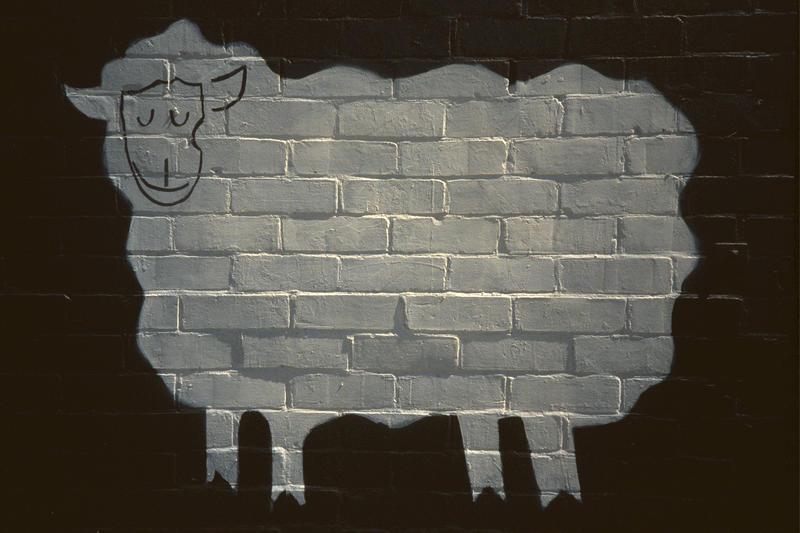 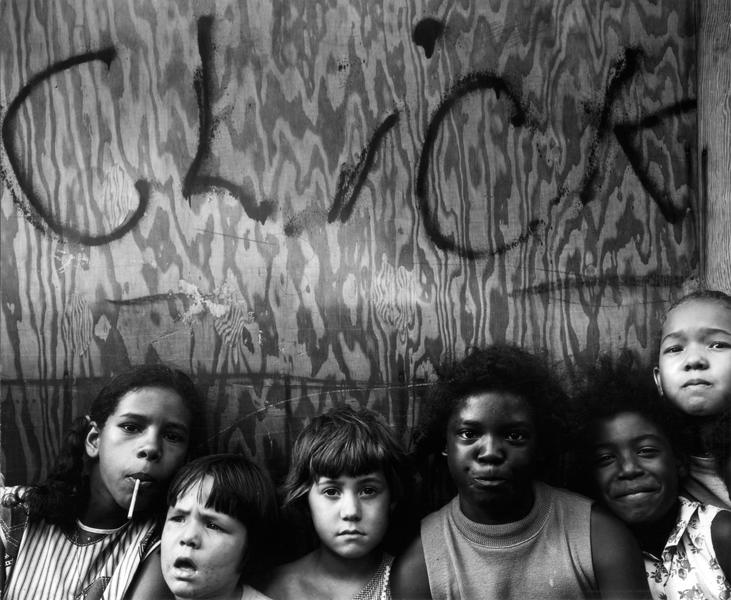 When photographer Larence Shustak moved to Christchurch from the United States in 1973, he found what he called "a city full of eccentrics", and for that reason he felt right at home!   He immediately established the Photography Department of the University of Canterbury's School of Fine Arts.

This month the Christchurch Art Gallery Te Puna o Waiwhetū hosts an exhibition of Shustak's vivid portraits and street photography - images of New York City in the Nineteen Sixties and a Christchurch that in many ways no longer exists.

Simon Morris talks to co-curator, and former pupil of Larence Shustak, Stuart Page, and first asked him about the title - air gun?

The exhibition opens at the Christchurch Art Gallery Te Puna o Waiwhetū from Saturday 20 February as part of the Gallery's All Art All Summer season.  And next month the award-winning 2009 documentary Shustak will screen at the Gallery. 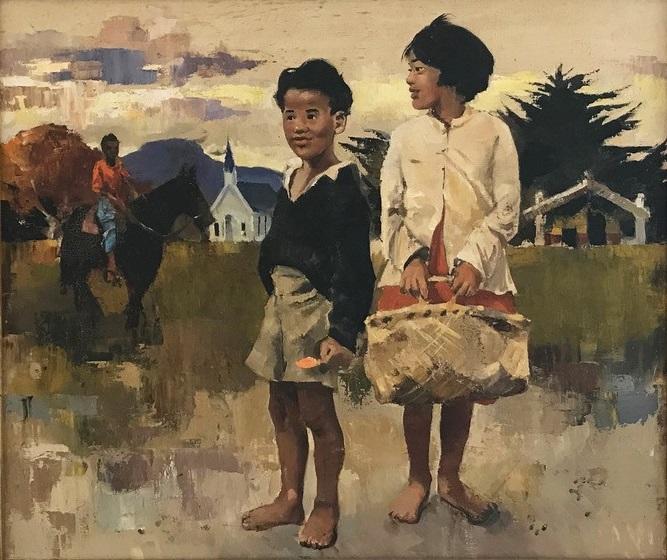 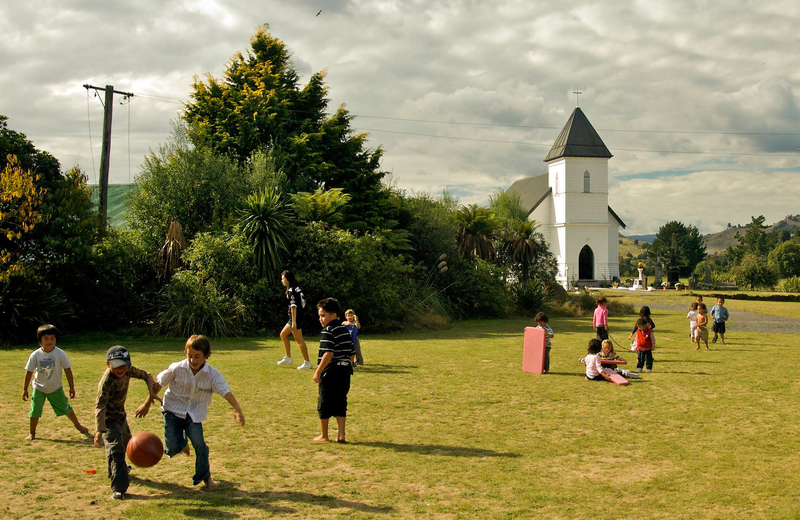 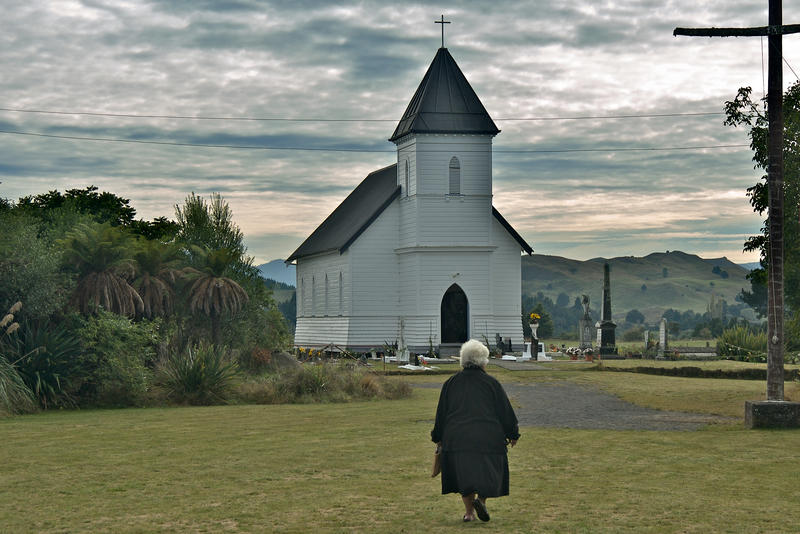 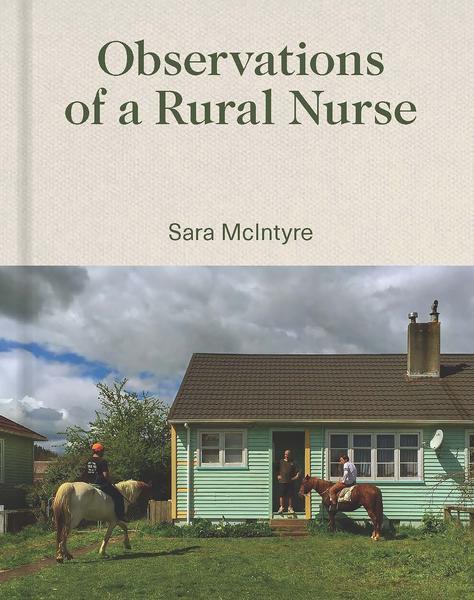 Painter Peter McIntyre is best remembered for his work as New Zealand's official war artist during the Second World War, but a new exhibition takes us into the heart of the Central North Island rural community he loved.

Kākahi  lies 10 kilometres up the Whanganui River from Taumarunui and has changed little since Peter and his family first stayed there back in the 1960s.

Peter painted many images of the village's people, marae and landscapes over decades until his death in 1995.

Now the New Zealand Portrait Gallery is bringing together 21 of Peter's paintings and 22  photographs taken in Kākahi by his daughter Sara who moved there permanently in 2010. Sa

The exhibition Kākahi: Peter and Sara McIntyre opens on the 25th of February at the New Zealand Portrait Gallery in Wellington.

Simon Morris looks back on a busy summer season and reviews Shadow in the Cloud, High Ground and The Nest.

2.05  Tongan tapa-making in a lockdown bubble 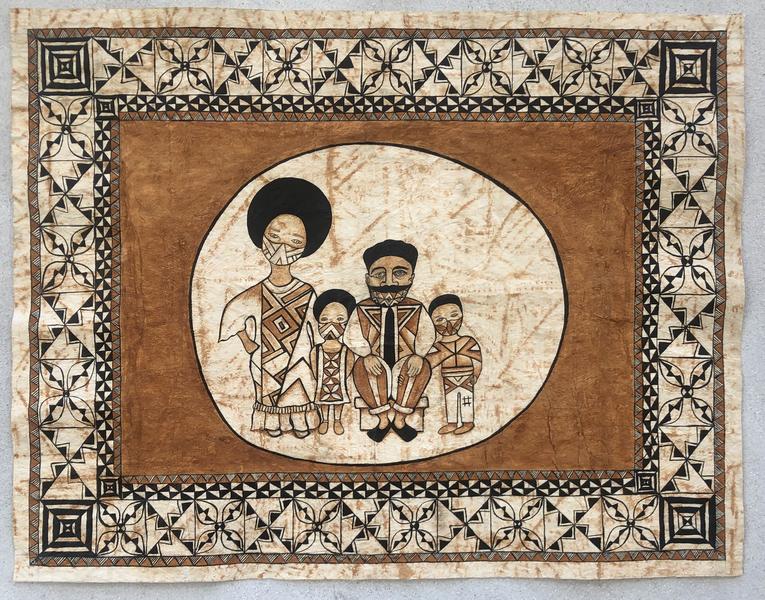 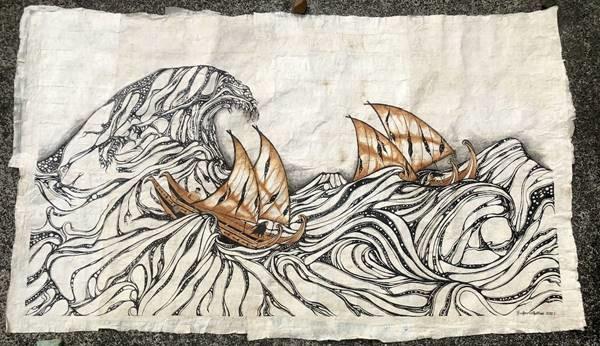 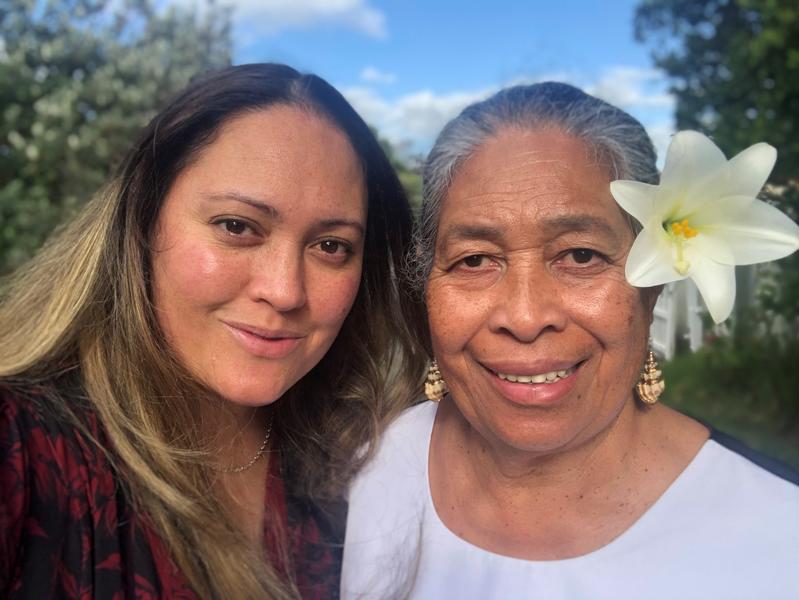 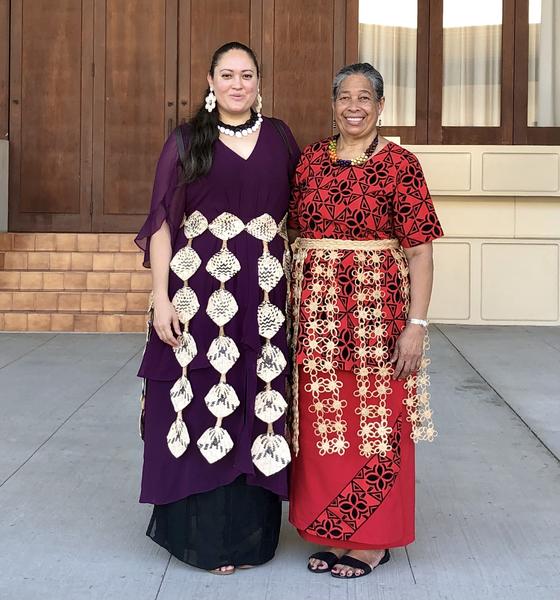 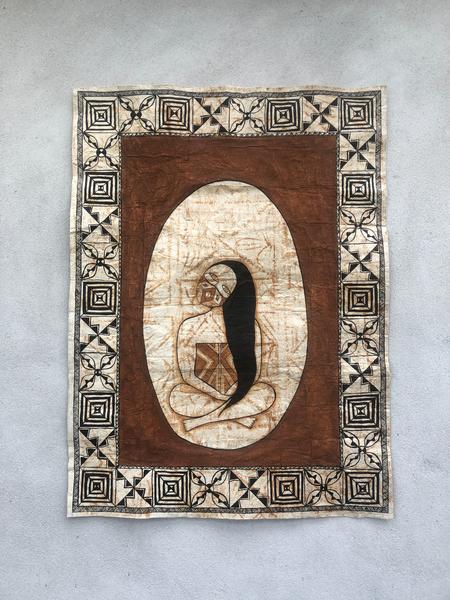 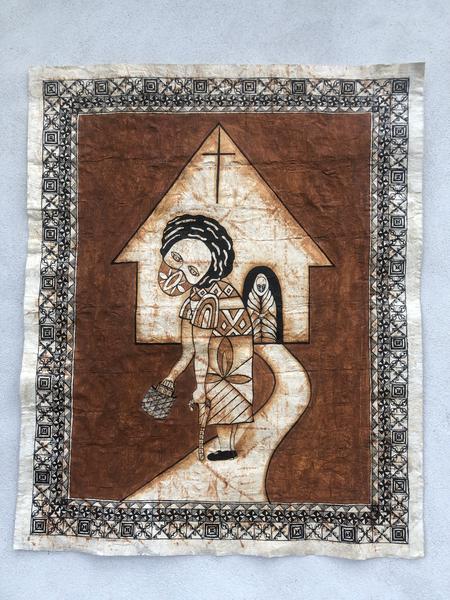 In the Coronavirus era, the word "bubble"  has come to mean safety and sanctuary.  But can bubbles also be cages, forcing families apart?

This is one of the ideas explored by mother and daughter, New Zealand-based Tongan ngatu or tapa artists Sulieti Fieme'a Burrows and Tui Emma Gillies.

They're about to reveal a collection of large-scale tapa they worked on together, during and after the COVID-19 lockdowns here in in Aotearoa New Zealand.

They call it Voyagers: The Niu World, and in it they reflect on the idea of navigating a changed world that's in the middle of a pandemic.

Sulieti moved in with Tui during the lockdown, and Lynn Freeman asked how they remember that time:

Voyagers: The Niu World opens this Saturday at  Tautai Gallery in Auckland. 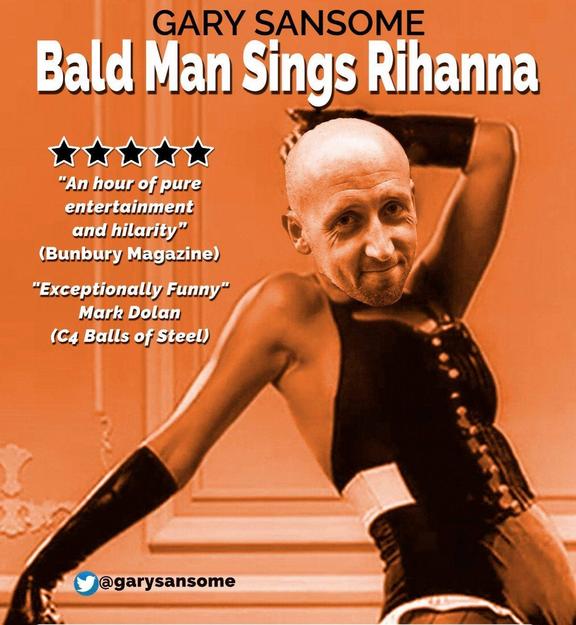 Comedy at its best can ask questions.   For instance, it can look at the works of pop mega-star Rihanna and ask "Can they be improved any way?"...

Scottish comedian Gary Sansome thinks they can.  Hence his smash hit show Bald Man Sings Rihanna, which is pretty much what it says on the tin - a bald, Scottish man sings Rihanna and invites you to join in too.  Simon Morris asks Gary about comedy, baldness, Rihanna and being Scottish.

Gary's about to take the show to the Auckland and Wellington Fringes.  He's on at Auckland's Classic from the 24th to the 27th Feb, and also at Wellington's Cavern Club on the 28th.

2.38  The first fruits of the Basement Theatre Co-Pro initiative 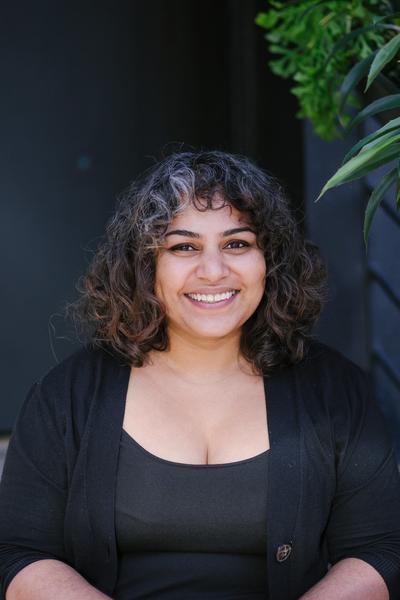 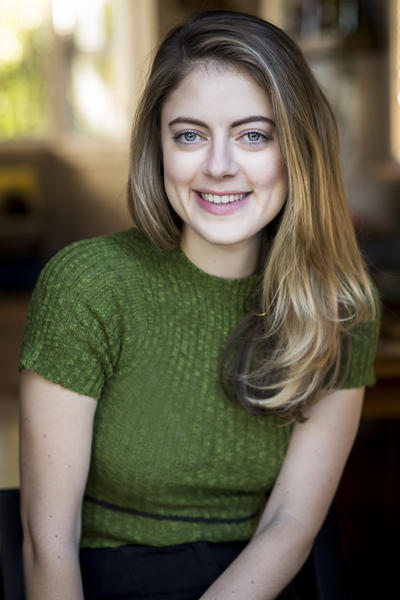 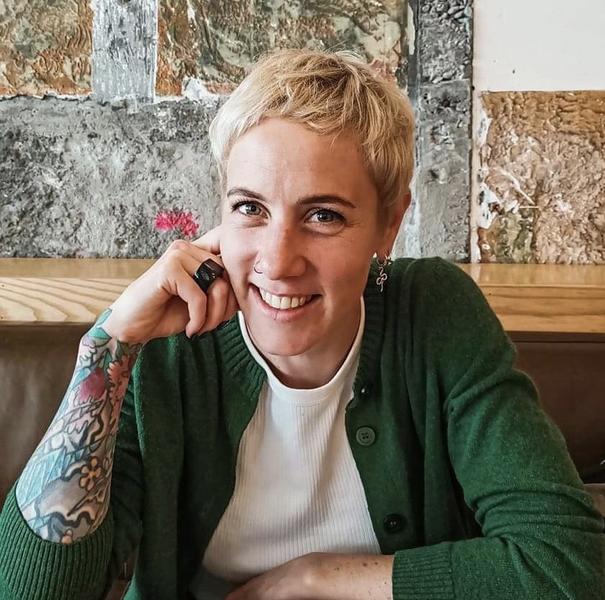 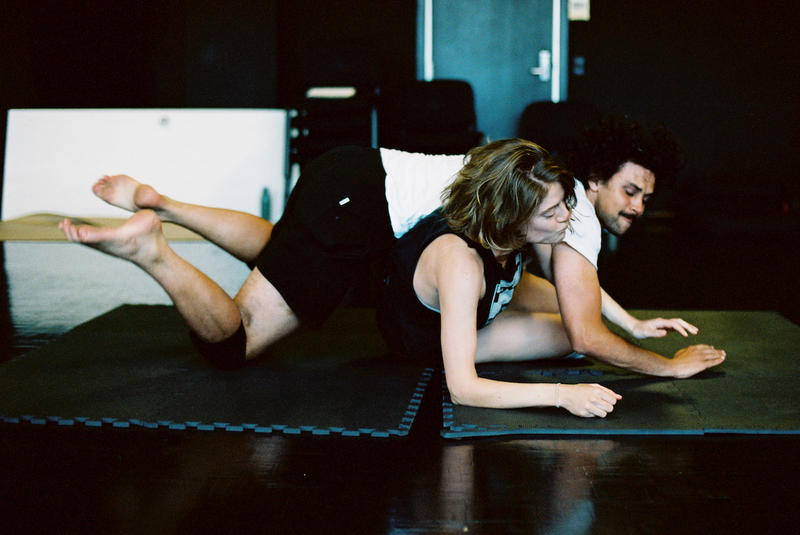 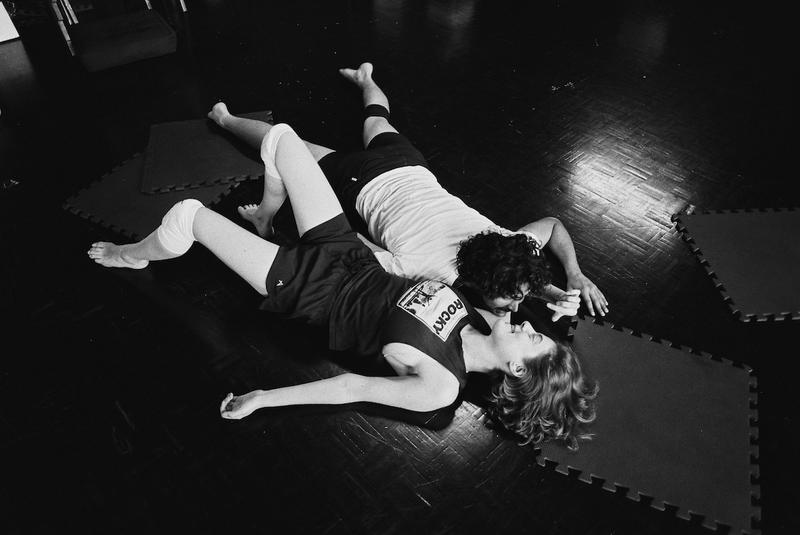 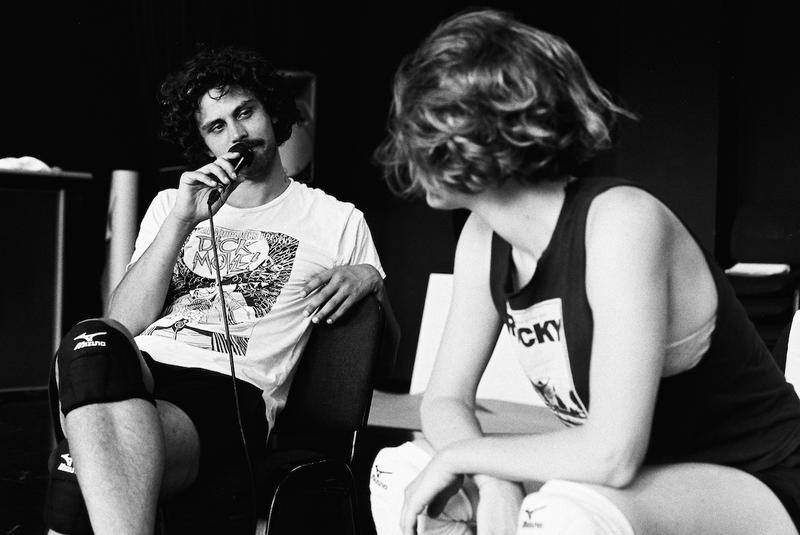 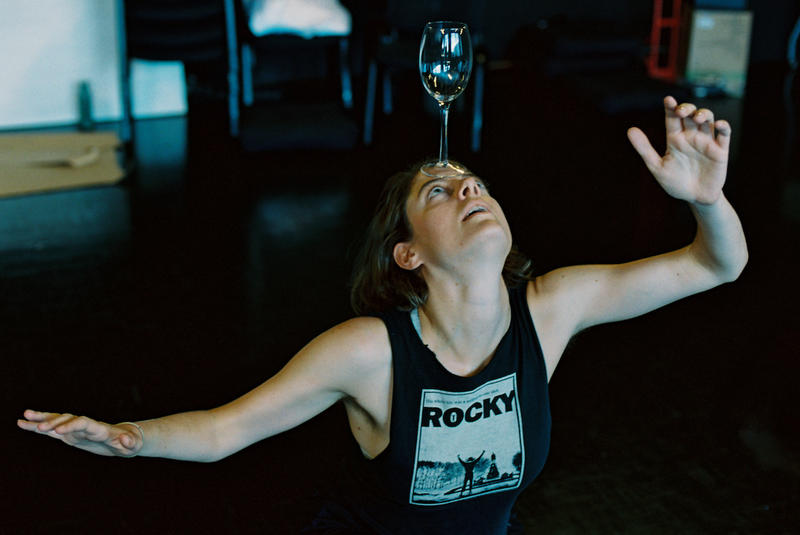 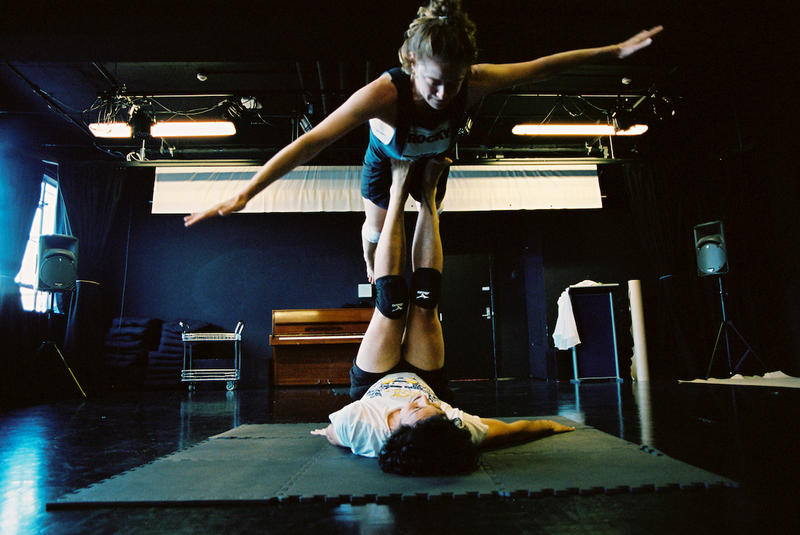 A hand-up for 12 live shows that otherwise would almost certainly have been abandoned because of the financial risk is what Auckland's Basement Theatre is can now offer through its new Co-Pro initiative.

Money from Creative New Zealand's Adaptation fund - adaptation for life post-Covid - and the Basement's willingness to change the way it charges theatre groups to use the venue, have made it possible.

The first of the Co-Pro programme shows is about to be performed in both Wellington and Auckland - and it's a case of third time lucky for the creators of Standard Acts after Auckland's two lockdowns got in the way.

Lynn Freeman talked with award-winning creatives Karin McCracken and Meg Rollandi, who are looking forward to finally getting Standard Acts on stage.  But first she spoke to Nisha Madhan from the Basement about Co-Pro..

Standard Acts opens at Bats Theatre in Wellington this Thursday before its season at Auckland's Basement Theatre next month. 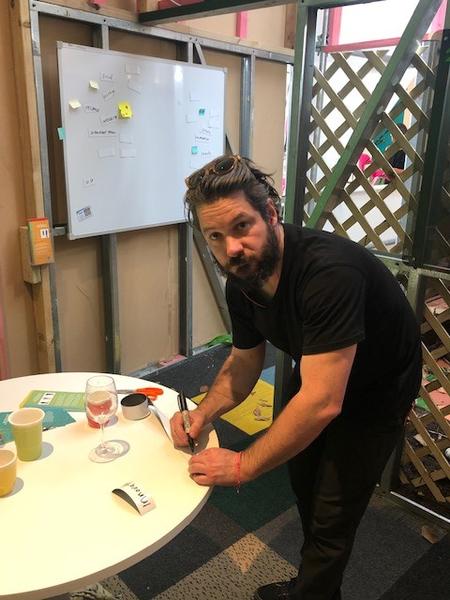 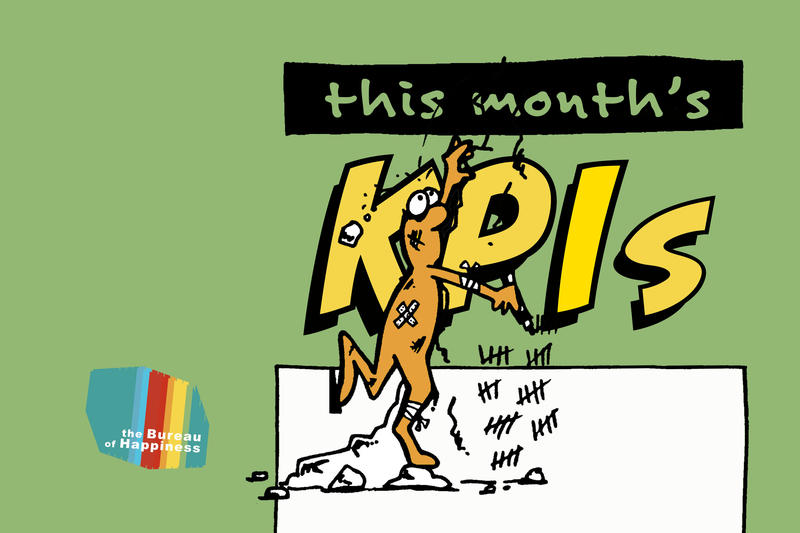 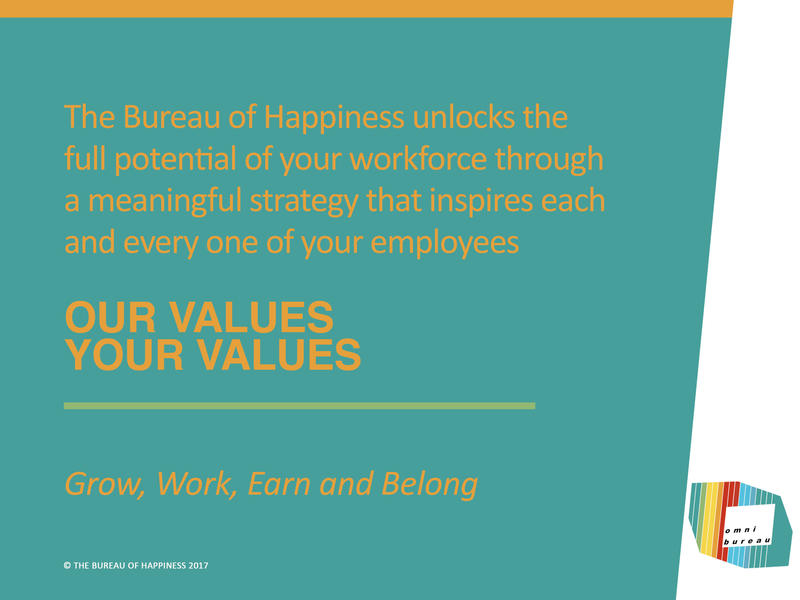 Corporate lawyer by day, subversive artist when he's not in his suit...  Auckland artist Mark Schroder is casting a caustic eye over the corporate landscape in his new installation, Fortune Teller.

It's part of a Gus Fisher Gallery exhibition called 'part of the happiness is only real when shared'.  Mark's taken over the ornate Art Deco Dome Gallery, that used to be used as a reception area when the building was home to television studios.

He's created the Bureau of Happiness within the space, and is screening the kinds of so-called "inspirational videos" that so many corporates make their staff watch.

Will dreamy Fiona live life by her own rules or will she let one of her male admirers choose the game?  A Valentine's Day romantic comedy, starring Lorin Horsley and Paul McLaughlin.