Standing Room Only for Sunday 7 February 2021

Also on the show: Julia Marshall of Gecko Press is the winner of the lifetime achievement 2021 Storylines Margaret Mahy Medal for her contribution to New Zealand children's literature, while Stephen Cleland is the new director of the Tauranga Art Gallery. Ella Becroft is the director of Red Leap's new theatre production which is heading out around the country while two expat British theatre makers are working with a Kiwi cast on a play that touches on some of the issues on the moment - isolation, exclusion - and  the power of kindness, Godzonia, premiering in Auckland. And our guest on the Laugh Track: a busy, dynamic theatremaker, chorister, producer and arts administrator Amy Mansfield. 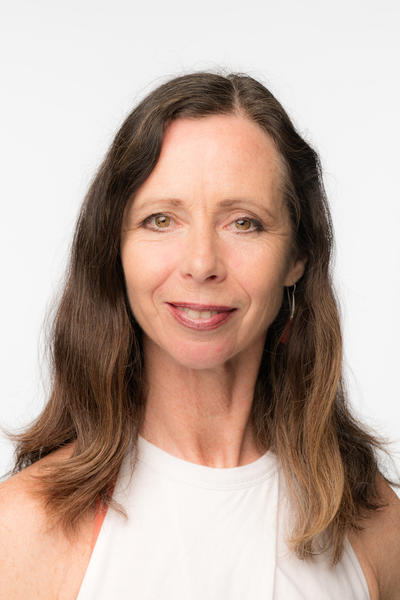 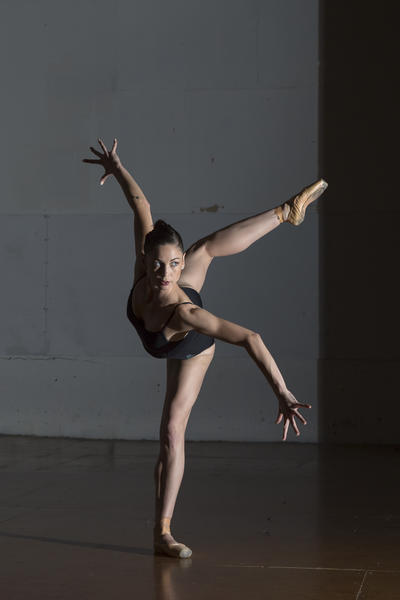 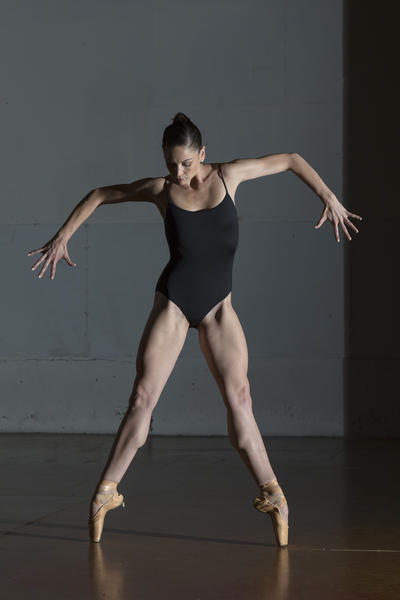 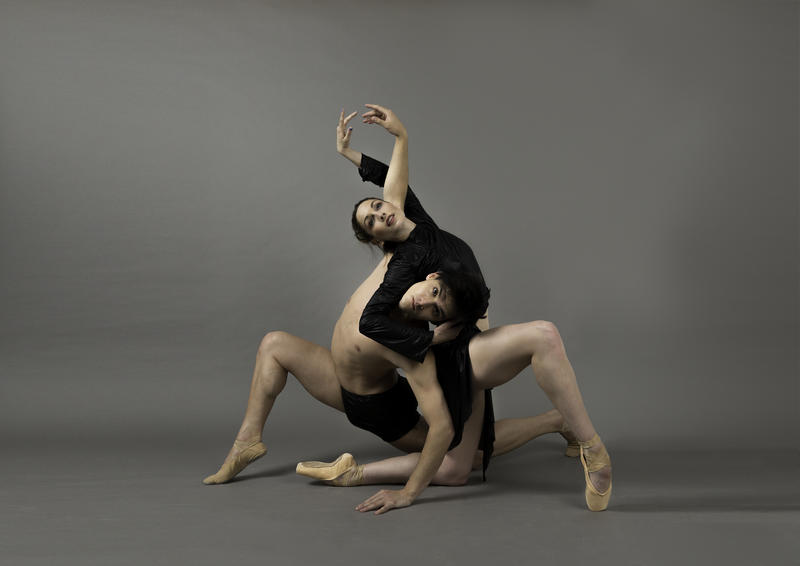 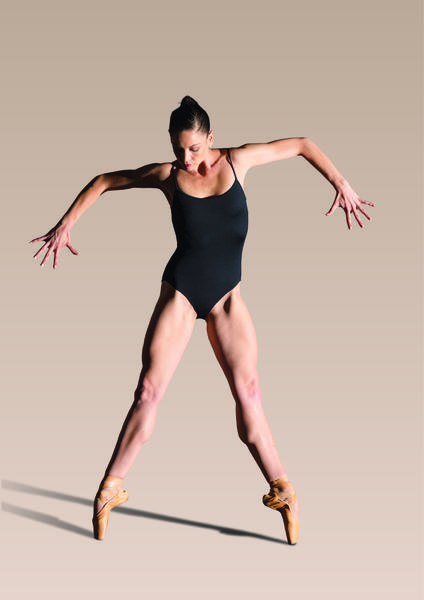 You'd be forgiven for thinking that ballet in New Zealand starts and stops with the Royal New Zealand Ballet Company, but we have news! A new company has been formed, Ballet Collective Aotearoa featuring both leading dancers and graduates and students from the New Zealand School of Dance. The company launches with the season Subtle Dances at the Auckland Arts Festival before touring to the Dunedin Arts Festival in April, featuring brand new works by three exciting rising New Zealand choreographers - Cameron McMillan, Loughlan Prior and Sarah Knox.  These were developed by the company in 2020 as part of a programme called Homemade Jam. To produce the works Ballet Collective Aotearoa have collaborated with the New Zealand Trio, who will be playing music composed by New Zealand composers John Psathas, Claire Cowan and Rhian Sheehan.

Behind this exciting new balletic venture is artistic director and producer Turid Revfeim who has a long and distinguished career with both the Royal New Zealand Ballet  and New Zealand School of Dance. Turid toured with the ballet company after graduating from what was then called the National Ballet School. She then danced in Europe in the 1980s before returning to the RNZ in 1986 until retirement from dancing in 1999 to become their Artistic Coordinator and then ballet mistress. 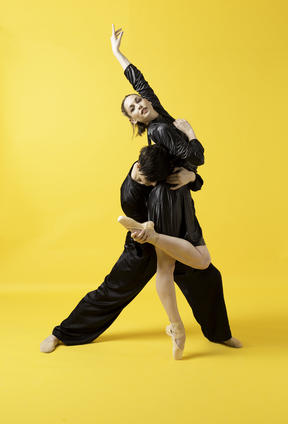 She's one of the best known dancers in the country, as a former prima ballerina for the Royal New Zealand Ballet company and one of the stars of TV series of The Secret Lives of Dancers filmed during her time there.

Abigail has been dancing and teaching since she left the RNZB and is about to take up a new challenge, with a Youth Ballet company in Christchurch. Before then though she's focussed on Subtle Dances with BalletCollective Aotearoa. 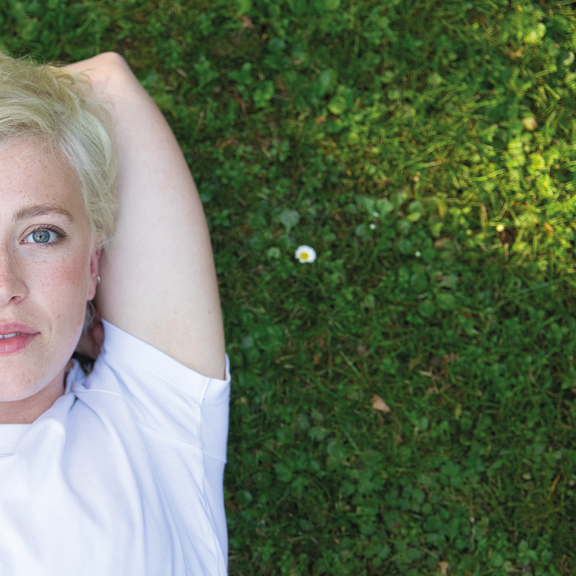 Two expat British theatre makers are working with a Kiwi cast on a play that touches on some of the issues of the moment - isolation, exclusion - and  the power of kindness.

Godzonia is Georgie Oulton's first play - back in the UK she co-founded  a company called Theatre Handmade.

The director is Anna Ledwich who has been nominated for the prestigious Olivier theatre awards for two productions at Hampstead Theatre.

Georgie and Anna decided to stay in New Zealand when it went into lockdown. Despite moving in similar circles in the UK, they met in Aotearoa before deciding to collaborate on Godzonia. It premieres on the 17th of February at Auckland's Q Theatre. 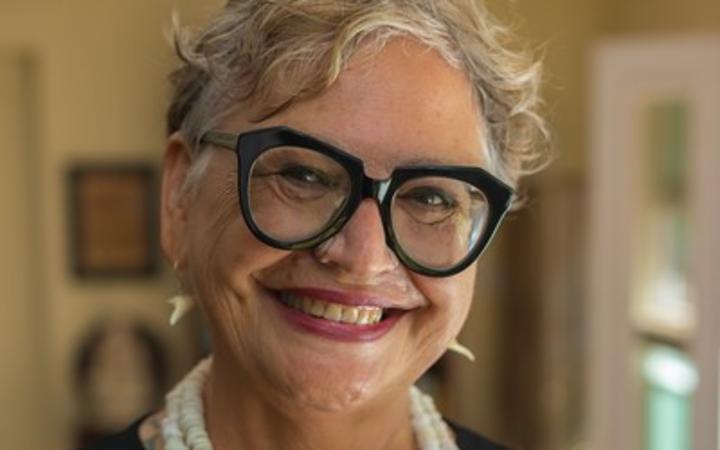 A Very Different World is a new exhibition at Te Tuhi in Auckland promising to offer a much-needed glimmer of hope for the future, while at the same time looking at the unprecedented difficulties we face due to the Covid-19 pandemic.

The curator is Ngahiraka Mason, also a critic and visual historian. For 15 years she was Auckland Art Gallery's Indigenous Curator of Māori Art but more recently she's been living and working in Hawai'i.

While Simon Morris with At the Movies takes a break we have a special movie treat for you. From the BBC's Arts Hour, presenter Nikki Bedi introduces interviews with Kevin MacDonald about his new movie Life in a  Day 2020, actor Paul Bettany about Marvel miniseries Wandavision, and Moroccan filmmaker Maryam Touzani about his debut Adam, and she discusses these with guests poet Ben Okri and critic Bilal Quresh. 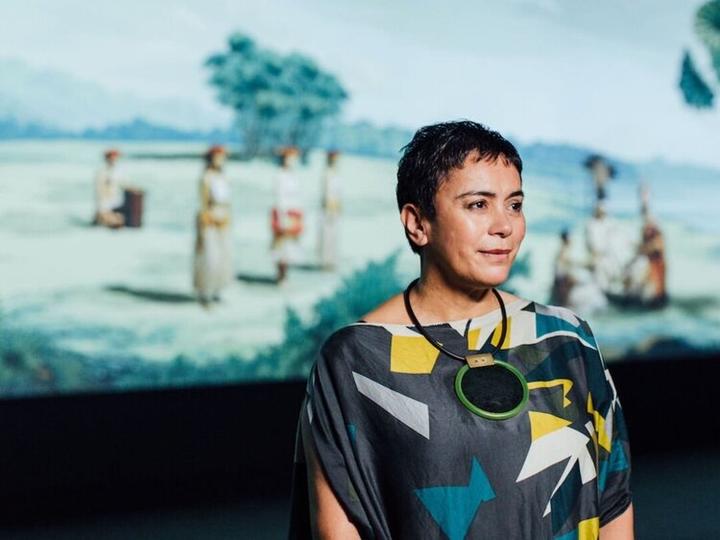 The pulling power of Auckland Art Gallery's current Maori contemporary art exhibition has the judges of New Zealand's first portraiture award for emerging Māori artists hoping it will also be a drawcard when the entries head out on tour. The Kiingi Tuheitia Portraiture Award has a $25,000 prize attached.

Moving image artist Lisa Reihana, who's represented New Zealand at the Venice Biennale, is one of the three judges and she's looking forward to seeing conventional and unconventional portraits.

She says the award encourages Māori artists to explore their whakapapa and comes at a time when there's genuine public interest in Māori art.

Tauranga Art Gallery's new Director Stephen Cleland has big plans. He's been in the job for three weeks after moving from the Adam Art Gallery, based at Victoria University of Wellington.

Too soon to talk about his vision for the gallery? Lynn Freeman asked. Not at all, he replied...so Stephen Cleland is on the line with Lynn this afternoon from his new home in Tauranga. 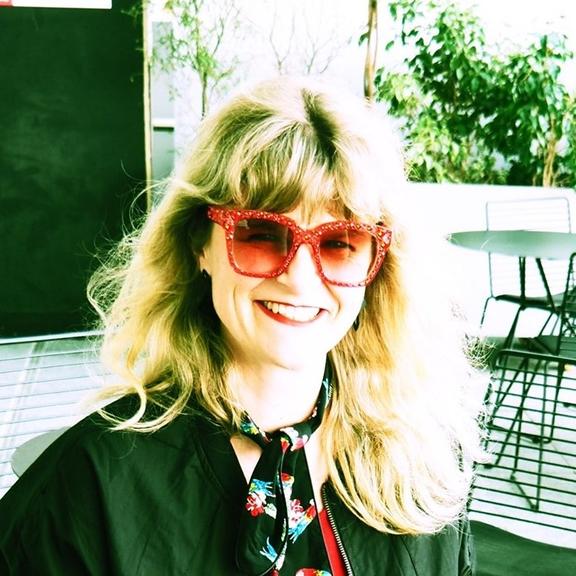 Amy Mansfield has quite the track record working across the performing arts in Auckland. Producer, writer, musical director, musician... she's also worked big time in arts admin for organisations like Creative NZ, Auckland Arts Festival, and the Storylines Festival, helped many new performance works to fruition and she's creates her own work: her latest you are [not] alone here, premieres this month as part of the Auckland Fringe. Another new project of hers is the monthly community singing initiative Sing In! at St-Matthew-in-the-City, working with song leader Georgia Duder-Wood.

Her next producer gig is coming up fast in March, for Auckland Festival, Michael Hurst and Jason Smith's take on Jack and the Beanstalk. Amy's show you are [not] alone here plays at Basement Theatre 16-20 February as part of Auckland Fringe. 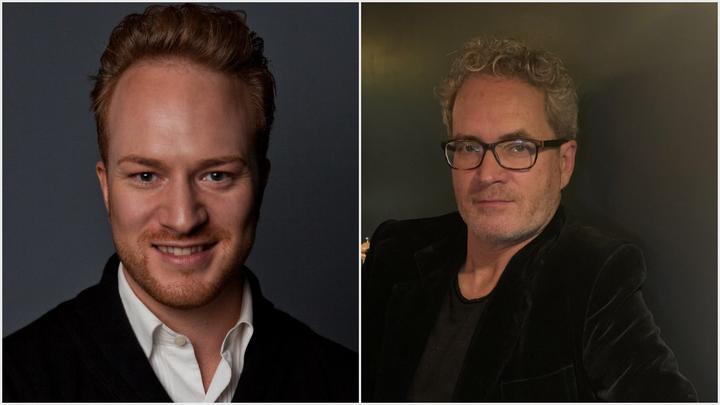 New opera company Wellington Opera is set to be a major new company in Wellington's cultural scene, and its formation is being marked this month by the presentation of  a rather unusual programme of pop-up performances in public spaces across the capital city ahead of a season of Don Giovanni in April. It's part of a city wide performance programme called 'What if the city was a theatre?'  Joining us to introduce the programme are Wellington Opera's artistic director Matthew Ross and tenor Boyd Owen

For Boyd, the international scene for opera is rather different and difficult at the moment. He's worked in the past in China, the US, Europe and Australia where he's also a citizen - so this last year has seen a huge shift. he did however perform relatively recently in Wellington in Eternity Opera Company's Rigoletto in 2019.

The What if the City was a Theatre programme spaces for Wellington Opera range from the Waterfront Diving Platform and City to Sea Bridge to Plimmer Steps and, fittingly, Opera House Lane. Then in March they've got a rather unusual preview venue for Don Giovanni: the scaffold and walkways of Wellington's Exhibition and Convention Centre.

Wellington Opera present Pop-Up Opera from the 19th to the 28th of February in various sites around Wellington as part of the What if the city was a theatre? programme, and Don Giovannio Al Cantiere is on the building site for Wellington's Convention and Exhibition Centre 2pm Sunday 7th of March. Don Giovanni opens proper at the Wellington Opera House on the 17th of Aptil. 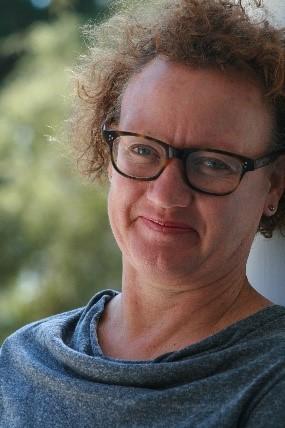 It's 15 years since she started Gecko Press in Wellington, specialising in identifying top shelf international children's books that hadn't yet been translated into English. Among the New Zealand titles is Joy Cowley's popular Snake and Lizard.

She's also President of the Publishers Association of New Zealand and part of a Copyright Working Group set up to protect the rights of New Zealand's writers and illustrators.

Julia's also a firm believer that children don't need to be shielded from difficult truths and strong emotions. She'll deliver her 2021 Storylines Margaret Mahy Medal lecture on the 28th of March. 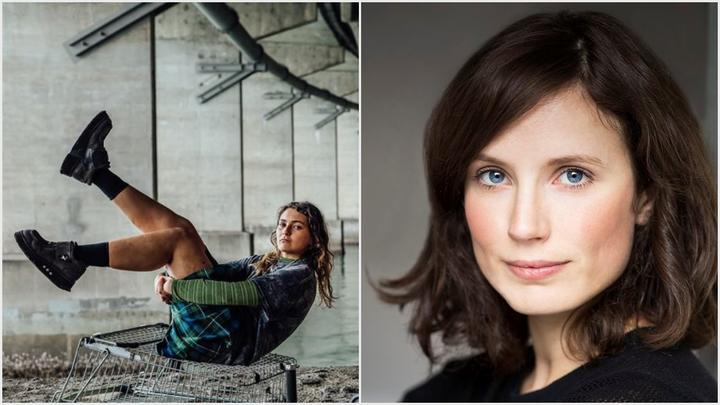 A fearless 14-year-old girl who lives in a bleak part of a place called Dog Island is the hero of a new production called Dakota of the White Flats.

If the title and scenario sound familiar, the Red Leap Theatre company production is based on UK author Philip Ridley's novel of the same name. It's a book much loved by the show's director, Ella Becroft and will be heading out around the country after its upcoming premiere in Whangārei.

Red Leap's previous productions include other book adaptions including The Arrival and Janet Frame's Owls Do Cry - which is in the line up for the 2021 Dunedin Arts Festival.

3:06 Drama at 3 - Outside Voices by Elspeth Sandys

In classic drama today we have a play written at a time when anti-Muslim feeling was on the rise around the world in the early 90's. Walter is Jewish, a fact he has kept hidden from his family. But on his 70th birthday the past comes back to haunt him …