Standing Room Only for Sunday 8 April 2018 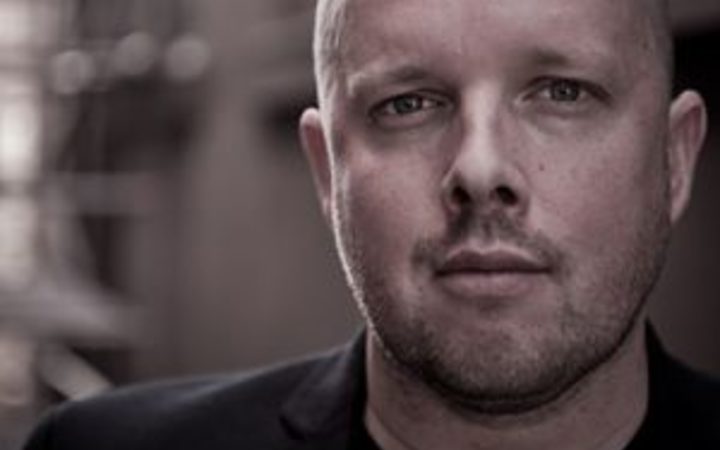 Playmarket presents this award annually for the best new New Zealand play. The Adam New Zealand Play Award, formerly the Playmarket New Play Award, has been offered since 2008.  It's aim is to reward new writing and encourage writers to banish all self censoring, all worries about what theatres want, what is affordable and what they think audiences want to see.

Lynn Freeman talks to this year's winner.  Shane Bosher is a director, actor, dramaturg and Artistic Director - and can now add award-winning playwright to his CV.

Everything After last night took out the 2018  Adam NZ Play Award. It tells the story of Nick, a one time ardent activist for Homosexual Law Reform and for AIDS awareness.

But 25 years on, Nick disapproves of gay marriage and parenting.  He didn't fight for assimilation, AIDS is hardly on the radar any more and he finds solace in methamphetamine and casual sex. 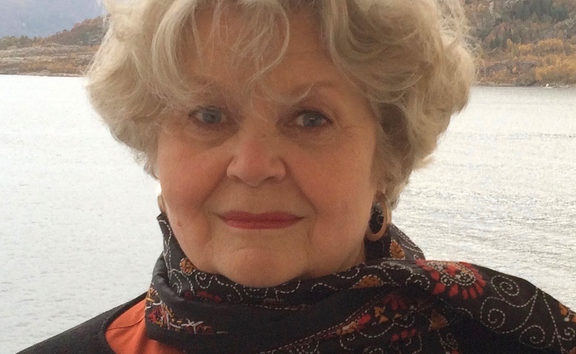 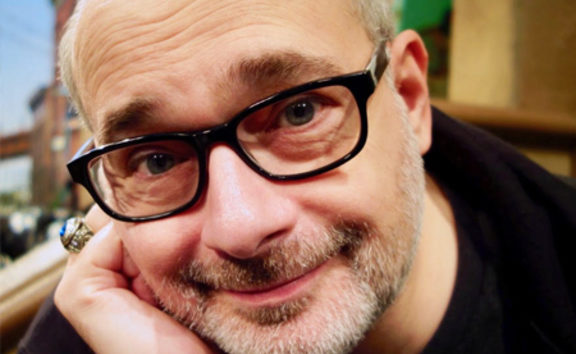 On the eve of the three week long Jim Henson Retrospectacle Lynn Freeman talks to two people very closely associated with The Muppets and their original creators.

Bonnie Erickson was a member of the original design team for The Muppet Show. Bonnie first joined Jim Henson's team as a costume designer for 1971's The Frog Prince, became head of the workshop and continued to work with the Muppets team for many years both in London and the United States.  She's credited as the designer and builder of Miss Piggy.

Craig Shemin is President of the Jim Henson Legacy. He began his career with a 14-year stint as a staff writer for the Jim Henson Company.  Craig produced the documentary that accompanied the Smithsonian Institution touring museum exhibition, Jim Henson's Fantastic World, and he's  guest curator for the ongoing World of Jim Henson screening series at The Museum of the Moving Image.

12:45 The Auckland Art Gallery's in suspense 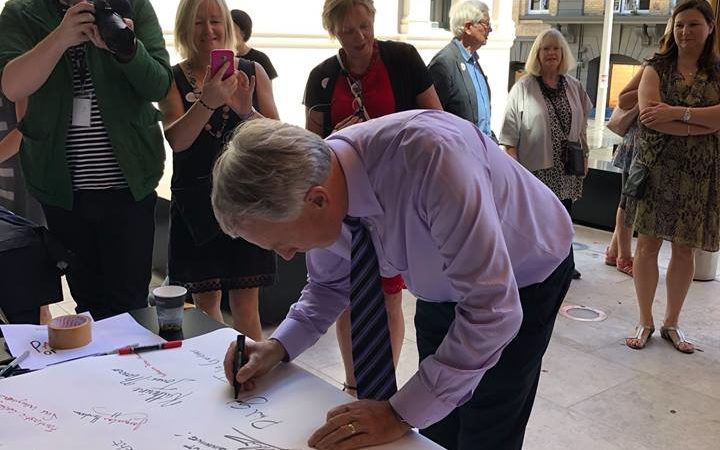 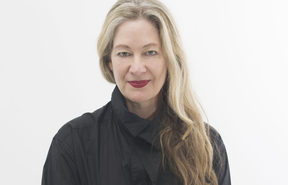 It's an anxious waiting game now for the Auckland Art Gallery while the City Council decides its budget and how much money it's prepared to invest in it.

This follows months of heated debate, impassioned submissions, news stories  and fundraising ventures by the Gallery, which at one stage faced having to close for a day a week.

It's seven years since the Gallery completed a massive renovation and extension project but Council funding for it has declined since then. Everything hinges on the Auckland City Council's decision - at a time when the council is also juggling the huge amounts of money needed for infrastructure. 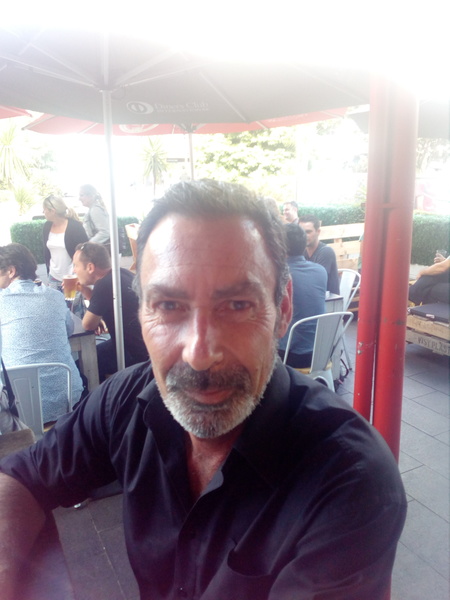 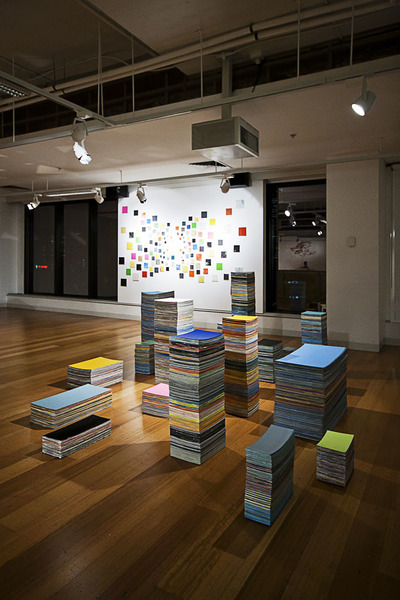 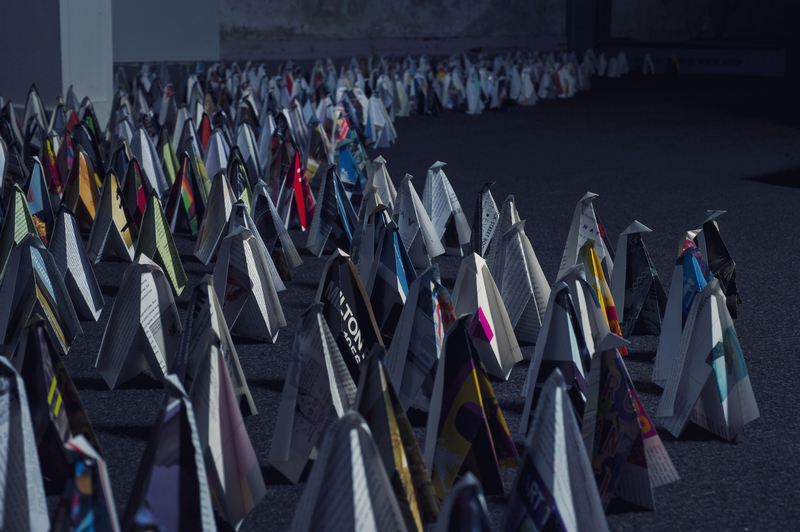 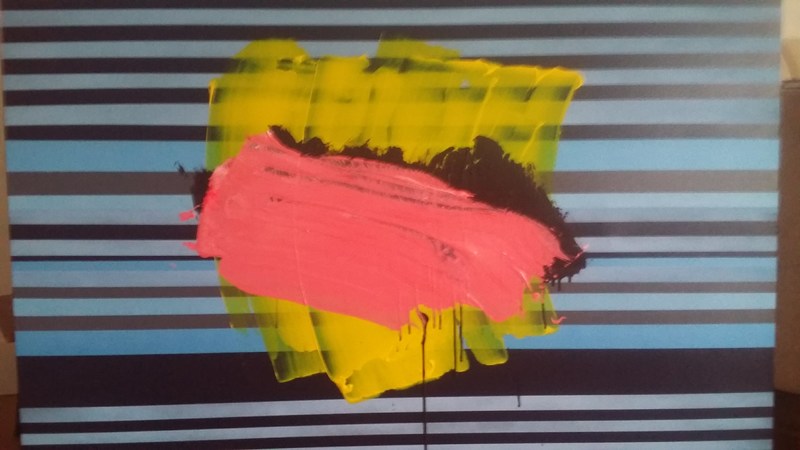 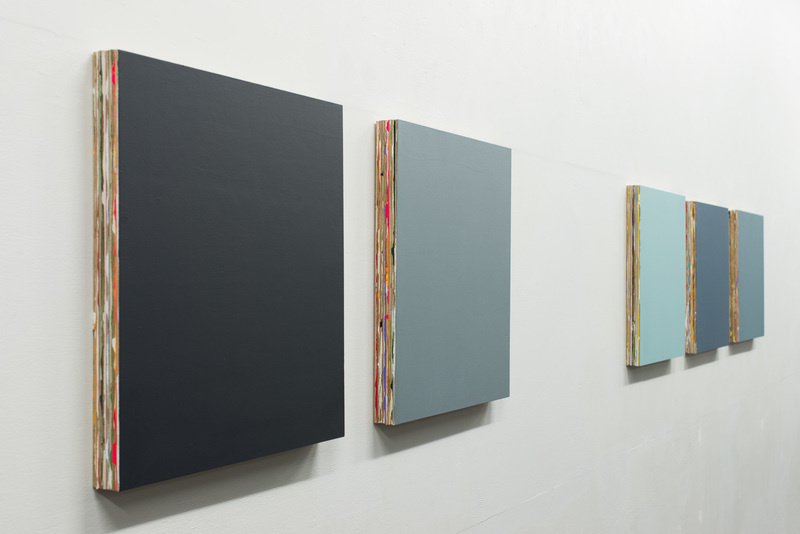 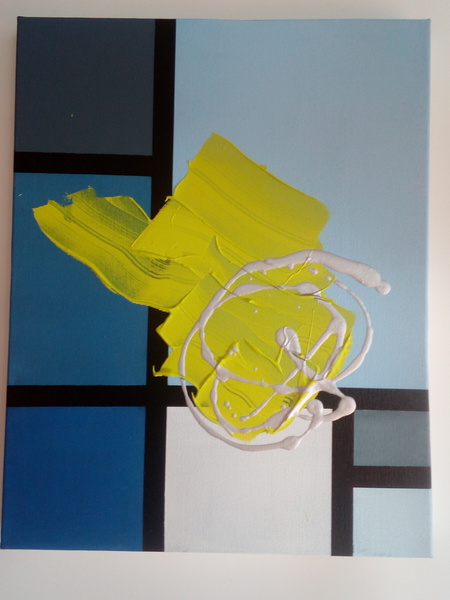 Christchurch abstract artist Bill Riley collects rubbish from the beaches where he goes surfing  - so much rubbish, that he's weaving it into his latest art exhibition to make a point about ocean pollution.

In his upcoming show Turbulence, Bill's used plastic and other materials instead of brushes to apply paint, much of it old discarded paint he's foraged for, to his trademark mirrored aluminium panels.

Bill Riley talks to Lynn Freeman about what he's exploring in his new Turbulence paintings.  The exhibition opens at Antoinette Godkin Gallery in Auckland on Tuesday. : 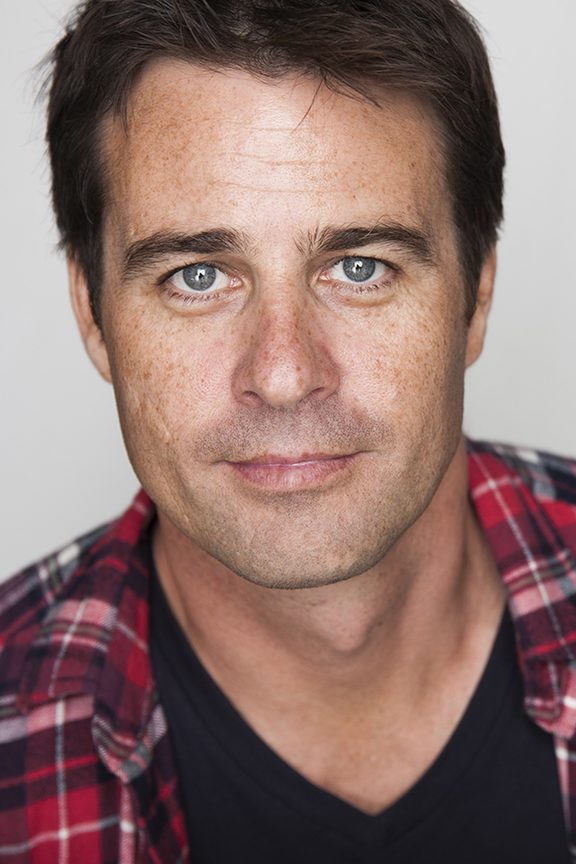 Among the funding announcements by New Zealand On Air is a second helping of a web-series called Darryl - produced by the stellar trio of producer Kerry Warkia, director Kiel McNaughton and star Millen Baird.

And here at Standing Room Only we've been a fan of the team for ages.

When a TV series called Auckland Daze appeared on our screens a few years ago, the critics raved - many saying it was not only the funniest show on television, but one of the best New Zealand TV series ever. 0

It told the story of a bunch of feckless, D-List celebrities attempting to become B List ones.

Since then creator Millen Baird has switched media, from mainstream TV to web-series, as well as countries.  He and his wife Siobhan Marshall currently live in Hollywood California, and he talks to Simon Morris about his experiences there. 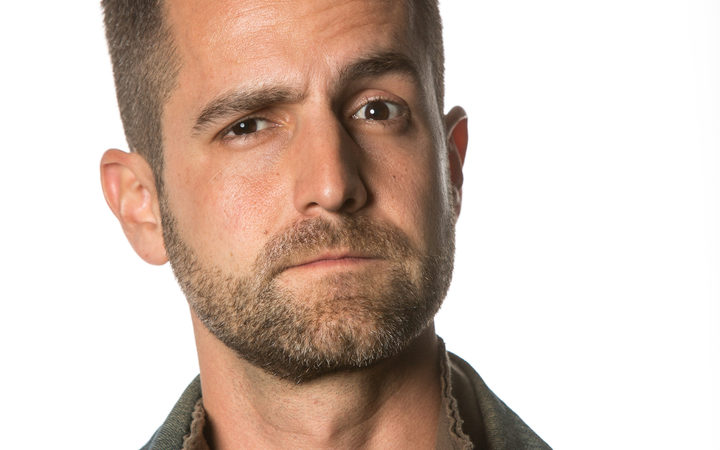 Some comedians have it handed to them on a plate, others seem to go out of their way to make it hard for themselves.  Like today's Laugh Track guest.

Ivan Aristeguieta is originally from Venezuela, but he's been performing comedy in English - and in Australia - for just 6 years.

Ivan's got a TV show with the irresistible title Lost In Pronunciation, and he's going to be one of the guests in the upcoming New Zealand Comedy Festival.

Lynn Freeman talks to Ivan about his life and his comedy heroes, including Chris Rock, Ismo, Patton Oswalt and Jerry Seinfeld. 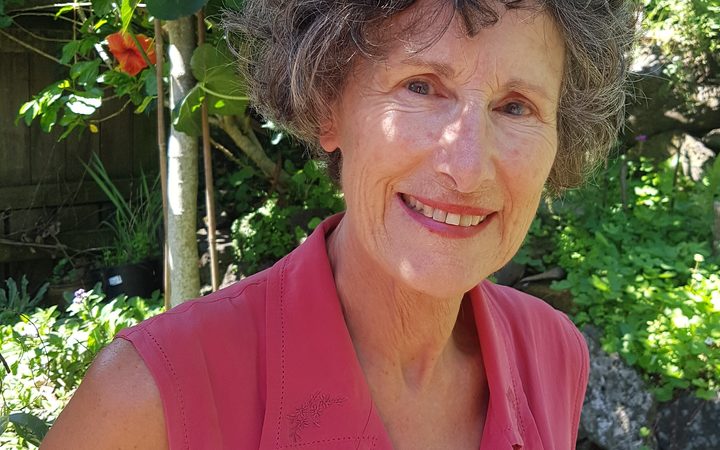 When it comes to telling children's stories on the page, on screen and in song, few can rival Janice Marriott.

Over a three decade long career, she's been a novelist and screenwriter, audio producer, editor and teacher.  She's written fiction and non-fiction for children's and young adults, radio plays and documentaries, and scripts for the TV series The Wot Wots,

Lynn Freeman talks to Janice about what it was like when she started writing children's literature in the late 1980s. 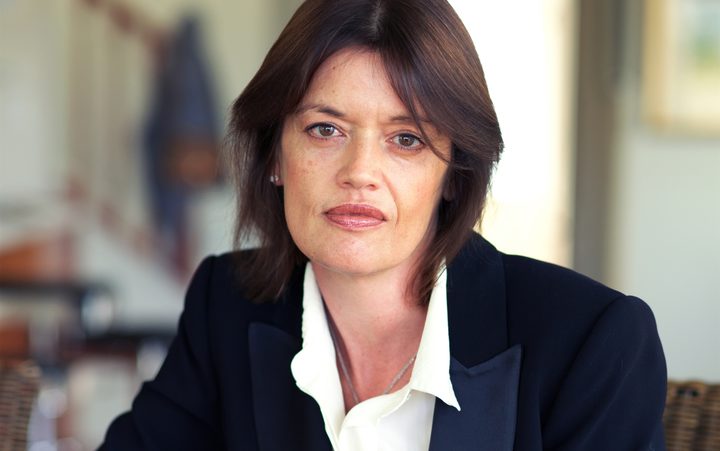 It's always tricky to come up with a specific category for the novels of Charlotte Grimshaw. Mazarine, her latest, has elements of a thriller, a mystery and a love story.

In it, writer Frances Sinclair heads to Europe to track down her missing daughter, Maya.  On the trip she's accompanied by Mazarine -  the mother of Maya's boyfriend.

Meanwhile two of Charlotte's earlier novels are being filmed for TVNZ under the title of The Bad Seed.  Sarah Kate-Lynch is writing the screenplay of the psychological thriller in which a murder suspect has to take on a powerful politician to clear his name and keep his daughter.

Lynn Freeman talks with Charlotte Grimshaw about the TV series, but first she wonders what fiction category she'd put Mazarine under in her local bookstore.  Mazarine is published by Vintage. 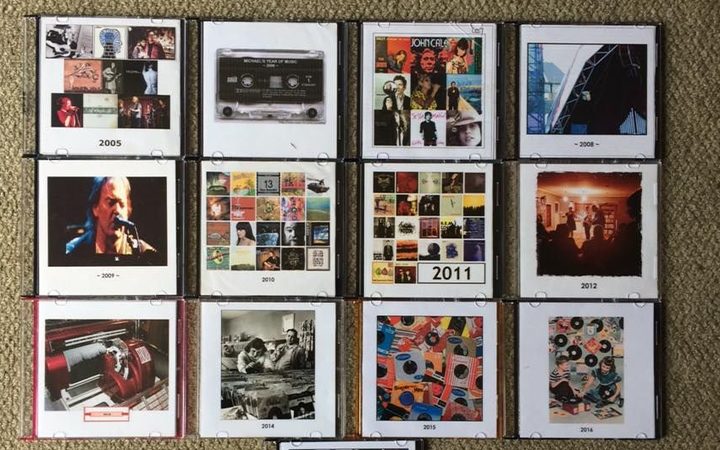 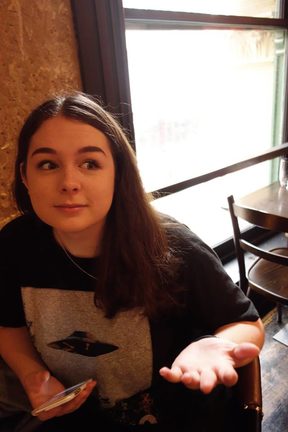 What's your favourite memory or story about buying or listening to CDs when they first came out?

Elam Art School student Ruby Griffin, who's in her 20s, can just about remember the tail end of the Compact Disc era before digital took over.

Now she's creating an encyclopedia of CD memories as one of her big projects of the year, and she'd love your help.

Ruby is the daughter of top scriptwriters, James Griffin of 800 words fame who's been helping to gather stories about CDs.

His own - predictably - is a humdinger ...but first Lynn Freeman talks to Ruby about her first CD memories.

The two plays this hour include The Days of Sail by Bill Mannhire, described as "satirical musing on national Identity", and Part One of a series called Te Wherowhero, adapted for radio from the book King Potatau by Pei Te Huriunui. It tells the story of the man who, 160 years ago  became the first Maori king.

Artist: Crash Test Dummies
Song: In the days of the caveman
Composer: Roberts
Album: The Flintstones:  Music from Bedrock
Label: MCA
Played at:  12.58

Artist: Hotlegs
Song: Neanderthal Man
Composer: Creme-Godley-Stewart
Album: You didn't like it because you didn't think of it
Label: Cherryred
Played at: 1.58

Artist: The Kinnardlys
Song: Girls are gonna save the world
Composer:  N/A
Album: Superpop Do it like a girl
Label:  N/A
Played at:  3.58