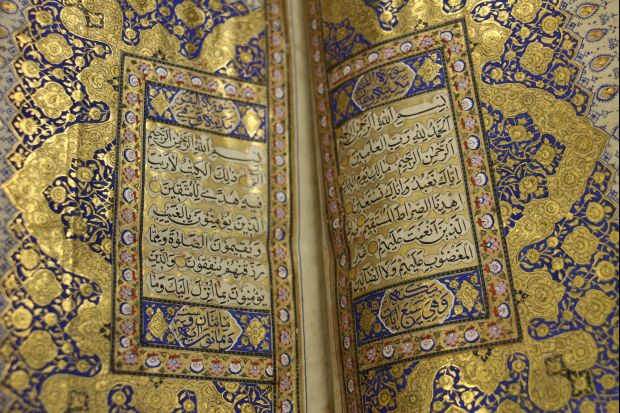 The interior pages of the Koran, showing the intricacies of its decoration. The sacred text is inscribed in black ink on a gold background. The blue pigment is believed to have been made from ground lapis lazuli. Image credit: Lisa Thompson.

“When I opened the Koran up… and came to the very first chapter… I had to sit down… I really had to catch my breath… it’s not just a text but a work of art.”

– Dr Zain Ali, the head of Islamic studies research unit at the University of Auckland.

For the first time a number of Arabic manuscripts that make up part of the Sir George Grey Special Collections at the Central Auckland Library, have been translated. The task fell to Dr Zain Ali, head of Islamic studies at the University of Auckland and to Hoda Fahmy, a University of Auckland Pharmacy student and Arabic speaker.

Hoda helped translate five poems dedicated to the Prophet Muhammad. But of particular interest to the research group was a 200-year-old "golden Koran”. It was one of the many items donated to the library in the early 20th century by Auckland bibliophile Henry Shaw. Believed to be at least two hundred years old, the exquisite handwritten Arabic manuscript is bound with lacquered papier-mâché covers that are painted on both sides with richly-coloured floral patterns.

But this is a case of not judging a book by its cover. On some interior pages, the sacred text sits on a shimmering background of gold, surrounded by a startling blue that is believed to have been made from ground lapis lazuli. Many of the pages also carry skilful decorations in the margins.

In the book Real Gold: treasures of Auckland City Libraries, author Iain Sharp notes that on one of the preliminary pages of the Koran, Henry Shaw has pasted a note from a bookseller’s catalogue dating the manuscript to about AH 1230 in the Islamic Calendar. This translates to 1817 in the Gregorian calendar. While it’s not known where or under what circumstances the manuscript was complied, Dr Zain Ali believes it may hail from India.

Rather than being carried around, he believes this Koran would have been commissioned by someone well-off and would have been a prized possession designed to be admired by others, its gold pages shimmering by candlelight. “Who was the person that sat down and did all of these intricate decorations? And imagine the amount of time it took,” he says. “It must have been commissioned by someone who was quite wealthy, had a fondness for art and of course religion and faith.”

Manuscripts collections librarian, Kate de Courcy, says Henry Shaw was interested in collecting mainly beautifully presented items. “We understand that the reason why the donor had the manuscripts were aesthetic rather than linguistic,” she says. “This Koran is a beautiful book-like object in its own right.”

The Koran was a particular focus for Dr Ali as part of his role as the current Auckland Library Heritage Trust Researcher in Residence. It sits in stark contrast, however, to the other manuscripts that caught Dr Ali’s focus during his research. 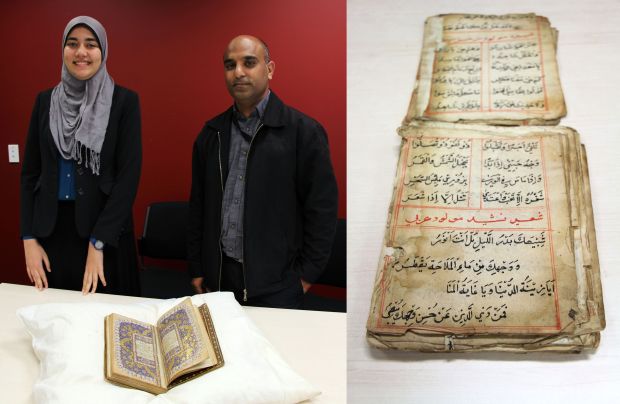 The manuscripts form a collection of about 30 poems about the Prophet Muhammad. Not meant to be a collector’s item, the poems would have been bound like a stenographer’s notebook and used like a flip chart to be read at a public event. The raw condition of the collection, however, has not deterred Dr Ali from trying to translate as many of the poems as possible with an eye to publishing them. “The manuscript is disintegrating… so what we’re going to do is to try and find as many poems as there are that are still intact and look for a publisher who may want to publish a translation of these poems.”

Kate de Courcy says having the manuscripts translated will help those who are interested in the library’s rare book collection appreciate them better. “We’re more aware of how we can approach the Koran, how we should use it and how to show it to people… it’s great for people to know that they’re here and they can come and see them.” 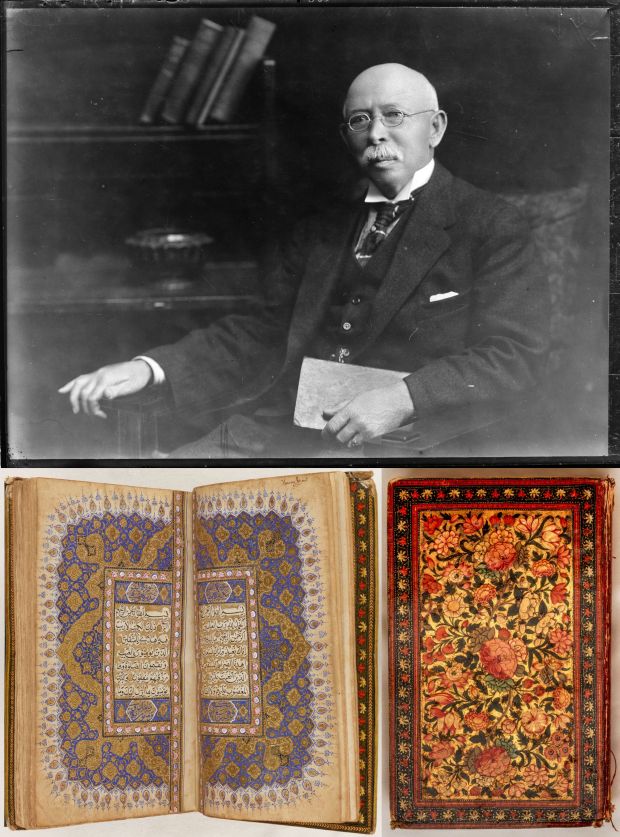