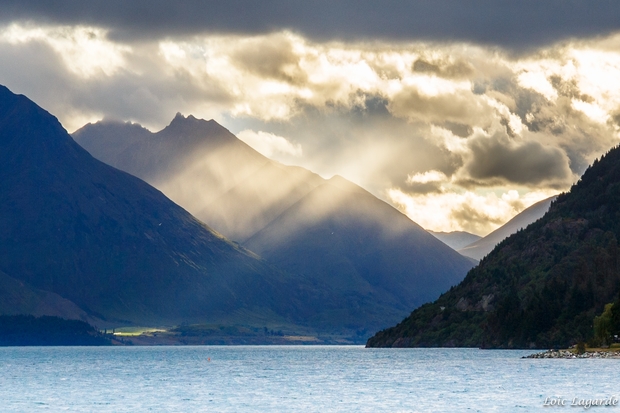 Who wouldn’t be fascinated by tales of people crossing over to the other side and coming back to tell the tale? Near-death experiences, or NDEs, have been reported throughout history and across the world and while they have been studied widely overseas, only a small amount of research has been done in this country.

But that changed nearly five years ago when two academics from Massey University in Palmerston North undertook our first large-scale, retrospective and quantitative study, seeking, in part, to find out whether our NDEs matched those reported elsewhere. In 2010 psychologist Dr Natasha Tassell-Matamua and sociologist Dr Mary Murray put out a call for participants and received more than 600 responses. They published some of their findings this year and continue to work through the more than 200 accounts they recorded.

Tassell-Matamua herself had what she describes as a “near death-like” experience at the age of 18. Feeling unwell, she lay down on her bed and suddenly found herself traveling at tremendous speed down a long tunnel towards a light. At the end of the tunnel she could see a being waiting for her.

I remember communicating to the being that I’m not quite ready just yet. And at that moment I was propelled back through the tunnel and into my body. I didn’t know what had happened to me. I’d never heard of a Near Death Experience before that. And I didn’t tell anyone about it.

You might be surprised to learn how common NDEs are. Around 15% of people who experience clinical death and are revived report having had them. One recent study suggested that 25 million people have experienced an NDE in the last fifty years alone. Strikingly they have been reported throughout history and across all cultures, age groups, genders, socio-economic groups and religious or philosophical traditions. Explanations for NDEs abound, from hypoxia to neurochemicals as well as psychological explanations and religious belief, but arguably no one explanation has yet been able to fully account for them.

New Zealand’s ethnic diversity and indigenous population provided a useful and manageable-sized base from which to ascertain whether NDEs really were common to all kinds of people. The Massey University study indicates that the NDEs reported in New Zealand matched accounts from other nation. Mary Murray says that is a good result. There was one interesting difference. People who identified as Māori reported deeper and more intense NDEs. There is a hunch amongst researchers that people with strong cultural beliefs are more inclined to accept the fact of an NDE happening to them and to relax into the experience more than a skeptic or an atheist might. But NDEs clearly don’t respect your beliefs – or lack of them.

‘People who were agnostic or atheist were very surprised by the nature of their experience,’ says Mary Murray. ‘It seems that having a religious background does not necessarily colour the nature of your experience.So you might have been brought up an Anglican or a Muslim, but the beings or entities that you see might bear no resemblance to what your religious tradition might have taught you.’

A significant number of people with a religious belief before having an NDE reported a change in their beliefs after, as did some agnostics and atheists. Often those who have had an NDE spoke of being more spiritual as a result. That was not the case for Sarah Wilson.

I’d love to believe that there is something after death. But my feeling really is that there isn’t. I get the sense that it’s the end. 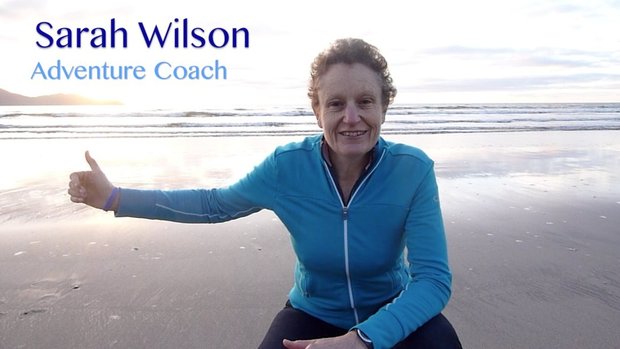 Sarah Wilson is a mountain climber and adventure coach and twice in her climbing career she has come very close to dying. Once when she was buried in an avalanche; the other when she and her companion fell off a mountain. While falling, time slowed down for Sarah and while part of her mind was occupied with trying to stay alive, another part was quietly replaying a movie of her life.

There was some part of my brain reviewing my life in preparation for finishing it…almost trying to preserve itself emotionally or protect itself… (I think) the body winds itself up, completes itself.

Since the accident, Sarah Wilson has made significant changes in her life, a common feature of people who have experienced an NDE. Most report an enhanced enjoyment of life, an acceptance of the idea of death and a focus upon family, friends and the pleasure that life can bring. Sarah spends her days making sure she does only what she is passionate about.

Because otherwise, in the busy-ness of getting by, we don’t live.

By and large all data on NDEs is the result of self-reporting of inherently subjective experiences. Natasha Tassell-Matamua and Mary Murray freely agree that this makes them hard to study scientifically but point to ongoing research being done within the medical and psychological communities.

The AWARE Study is led by consciousness expert Dr Sam Parnia and takes place in hospitals around the world. It looks at the relationship between mind and brain during clinical death, using technology to measure brain activity during cardiac arrest and placing hidden images in hospital resuscitation rooms. If a patient reports rich cognitive experiences during a time when next to no brain activity is present, or claim to have left their body, hovered above the resuscitation room and can later accurately identified hidden images visible only from that viewpoint, then researchers will have obtained some hard data to work with.

Until the results are in, both Mary Murray and Natasha Tassell-Matamua cautiously confine themselves to hunches but not hard answers.

‘Consciousness may not need physiological or neurological activity to function,’ says Tassell-Matamua. ‘And that seems like a pretty outlandish statement to make and it is. But at the same time, this is what these experiences are suggesting.’

‘I wouldn’t be surprised if near death experiences actually provide some sense of, or pointer to, consciousness existing beyond the body, or the possibility of it. But I don’t think that cancels out the medical questions or arguments or the psychological ones.’

Until we know more, the last word on why we continue to be fascinated by near-death experiences – and why research continues – goes to Sarah Wilson.

We all fear death. And I guess we long to kind of glimpse…the other side. We’re all alive! We haven’t been there yet. And so this is the closest we can get.