Mike Gourley discusses the material and spiritual role of Military Chaplains with John Neal, a former Principal Defence Chaplain, and Pauline Law, the first woman appointed into Defence Chaplaincy in the Commonwealth.

John Neal served for a time as an Air-force Chaplain. He first graduated as an ordained Anglican Minister in 1968, and then enlisted in the New Zealand Air-force in the 1980s. In doing so, John Neal says, that aside from wife and family, becoming a chaplain in the Air-force combined his two other passions: flying and Christian ministry, the latter dating back to his conversion at a Billy Graham crusade, back in 1959.

John Neal observes that the role of a chaplain, is to provide advice and support to the combatants, not to whip them up into a patriotic frenzy. Chaplaincy as an accepted part of military service evolved, as in the U.K., from a situation where initially, it was the main Christian denominations represented: Anglican, Catholic and Presbyterian, to where  a broader range of churches involved, including the Methodists. In some situations of armed conflict, historically, the Chaplain  might  lead the charge, carrying the regimental ‘totem’ – which made him a first target for enemy fire! Nowadays, the role of the chaplain is more diverse, including standing at the side of the C.O. to give advice, particularly where there are other cultural/religious communities to liaise with. And, when it’s predominantly Muslim communities involved, the C.Os of enemy combatants will have their religious advisers on hand. 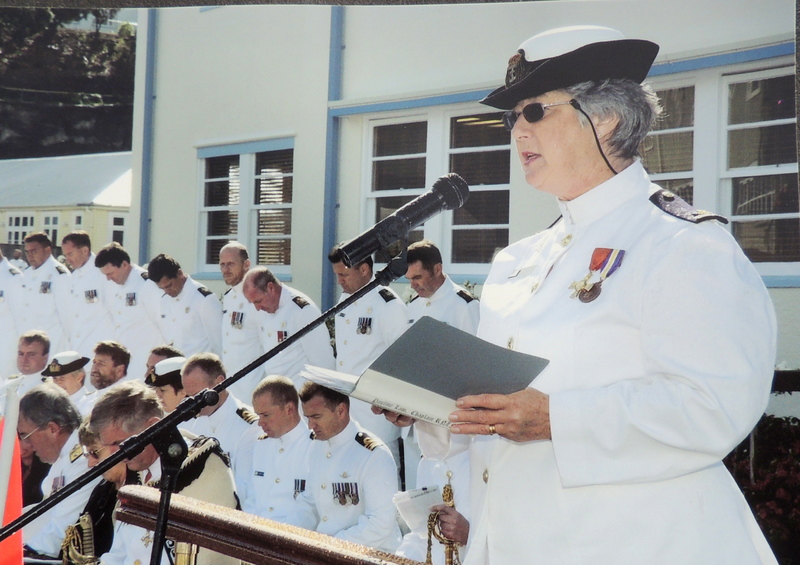 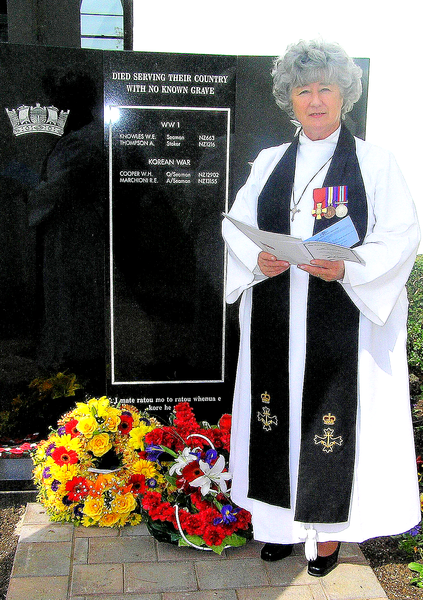 Pauline Law in ceremonial mode during her time as principal Navy Chaplain. 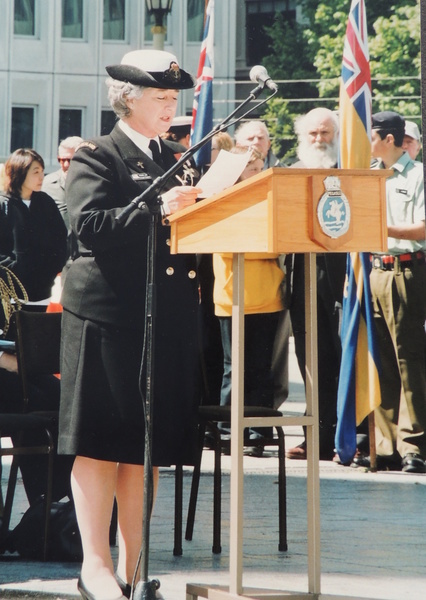 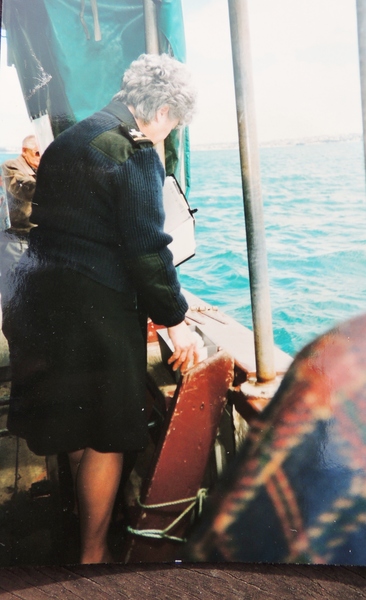 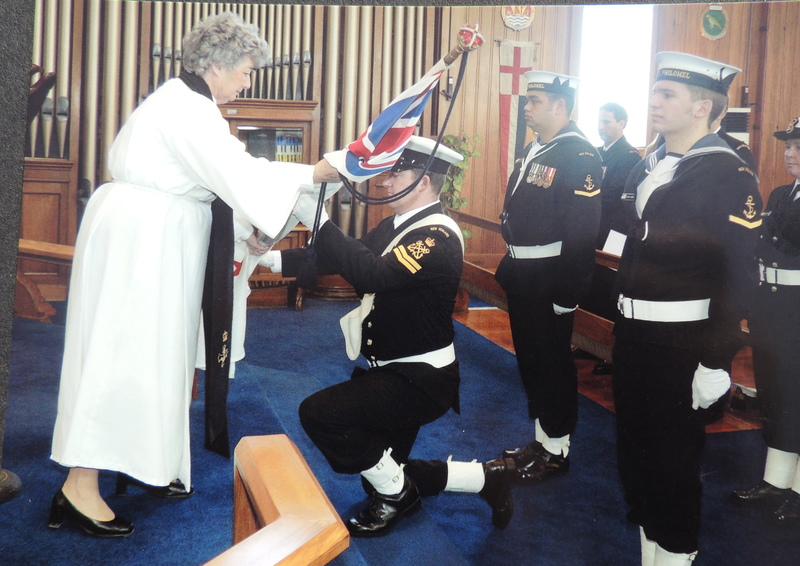 For a time, Pauline Law served as the principal Navy Chaplain in the NZ Defence Force. She says she did not find being a woman a handicap, even in such a male dominated organisation. She says the Navy, in particular was very supportive of her, so her only real difficulties were sometimes the physical training regimes she needed to get through.

Rev John Neal was a diesel mechanic in Blenheim before training for the ministry and being ordained in 1968. He served in Stoke, five years in Canada as a missionary bush pilot, Westport, Timaru and then for 23 years, in the RNZAF as a chaplain, rising to become the Principal Defence Chaplain before retiring in 2009. He is currently Assistant priest at Nativity Church in Blenheim. John and his wife Pam have two adult children, Carol who is a nurse and David, an army officer.

Pauline Law worked with her husband, Bill, who retired as chaplain in 2005, in the parish of the Bay of Islands, after being ordained as a priest in Auckland in 1984. Mrs Law joined the Navy as officiating chaplain in 1989 and was appointed Principal Naval Chaplain in 1995. She served just over 16 years. Not only was Chaplain Law the first female Navy Chaplain but the first woman appointed into Defence Chaplaincy in the Commonwealth. Pauline and her son joined the Navy and they completed their initial training together.