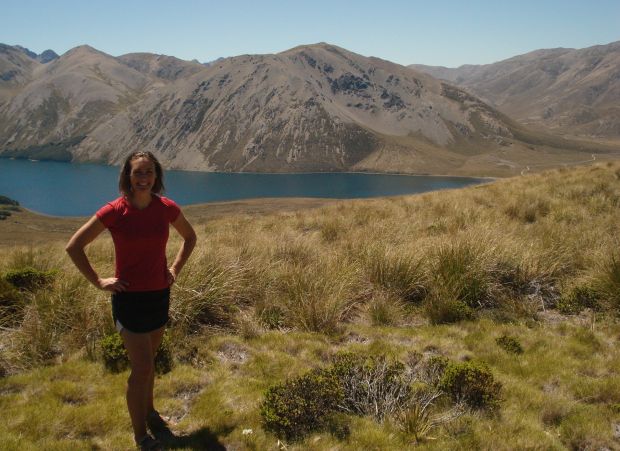 “I think I was trying to escape some expectations that were put on me, while I was also trying to get recognition and love and support from my parents [so] it was a tricky time for anyone in their early twenties.”

– Christchurch-based Claire Baker says of having left Christianity behind in search for meaning and purpose.

What happens when the faith that we are born into doesn't align with who we are on the inside? Sonia Sly meets two young women who go on an exploration of self-discovery to find a path to freedom and self-acceptance. 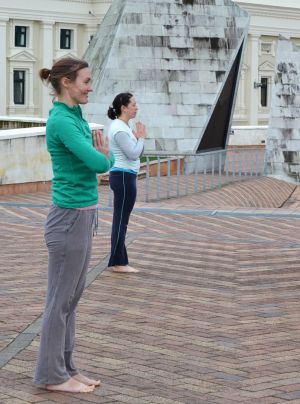 A woman with a lust for the outdoors and seeking new challenges, Claire grew up in a Christian family, but throughout her life has looked to investigate other forms of religion in the hope of finding one that aligns with her sense of identity. “You only know what you know, especially thinking about a spectrum of conservativeness,” she says of  her experience growing up as the daughter of a Presbyterian Minister.

Claire and her siblings attended church regularly with her parents opting not to live in a Manse for the sake of their children, although this didn’t exclude them from their role within the community. “I didn’t feel a great deal of pressure to be honest [but] I felt like I was a bit of a phone receptionist quite  a lot… I was writing three messages a day and leaving them on the table. ”

By the age of fourteen, Claire began to experience feelings of unhappiness which triggered questions about her faith and her place of belonging. Overseas experience as an exchange student also prompted further questions about the way in which different people perceived, and related to God. Later, attending university and meeting people, also challenged her perspective: “I started getting around with a bit of a hippy crew and that really impacted on me and my way of seeing things. Before that, I guess I would describe myself as quite mainstream and didn’t really question things too much.”

Finding a clear purpose and sense of belonging has been challenging for Claire, who these days, adheres to yoga as her spiritual practice because it allows for clarity and inner peace: “Every person has so much power over themselves and that’s where I was quite stuck [and] dabbling around [other] religions… I guess I was trying to find a way to be happy and find some answers. I just had to learn to be nice to myself,” she says. 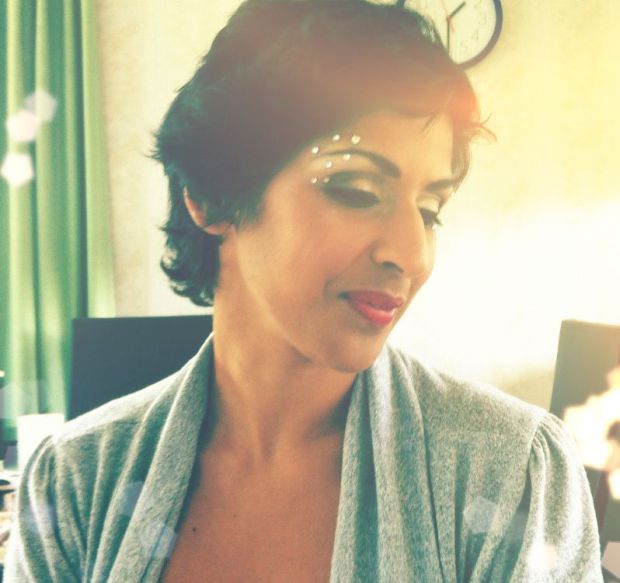 Bee calls herself a cultural liberalist

For Auckland-based Bee, asking questions and looking for answers is territory that she knows all too well.

Born into a strict Muslim family, her life’s path has been mired with obstacles as a woman who did not fit into the mould of her traditional Muslim upbringing.

Having always felt like an outsider, she believes that religion and threat of being ostracized can be incredibly dangerous: “That’s the scariest thing in the world and that’s why people don’t leave. That’s also one of the reasons I had such a lost personal, mental and emotional existence for such a long time. I did get ostracised from that community, even before I left it in my mind. I got ostracised for being different, for being a woman of this modern age who wasn’t going to get told or accept someone else’s order of who she was.”

Bee’s defiance of her family’s tradition and order, along with her continuing to outwardly question her faith, sent her into an unhealthy downward spiral. With stories and rumours already circulating about her in her teens, playing in the back of her mind was the pressure that she felt regarding how her family would be perceived within a tight knit community. “In the Arabic community your reputation is very much linked to your mana, [so] I was most upset for the sake of my parents, because it was their reputation that was gonna get tainted amongst the social ranks.”

Now in her mid-thirties, Bee says that she is finally at peace with herself, although turning her back on her roots hasn’t been without hurt, anger and loss.

Today, like Claire, she has also found clarity and self-expression through yoga as a spiritual basis, and refers to herself a bliss facilitator, acknowledges the good little Muslim girl that lives inside her: