This week on Saturday Morning: Kim talks to Wellingtonian Gordon Noble-Campbell, who is in Warsaw, Poland, to commemorate the children who were evacuated from Siberian labour camps to Iran in 1942 - a group of whom, like his own mother, ended up in New Zealand; she discusses a new cabaret, The Sound of Falling Stars, devised by Australian stage icon Robyn Archer; science superstar Dr Brian Cox previews his show about humanity's place in the cosmos; Israeli academic and activist Dr Daniel Dor debunks some of the theories of linguistics once championed by Noam Chomsky; pioneering LA producer Midge Sanford on getting her big break with her first feature film, Desperately Seeking Susan, starring the then-rising pop star Madonna; creative multi-tasker Kip Chapman explains why his 2017 has been so very busy; neuroscientist Sir Richard Faull outlines some ambitious research being done to eliminate Parkinson's disease - with the fundraising help of Parkinson's sufferer Bernie Crosby; and finally, associate professor David Paton on his controversial call this week to cull and eat much of Australia's burgeoning kangaroo population. 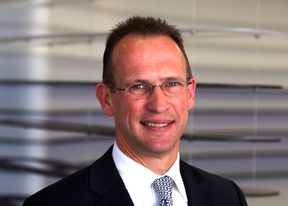 Gordon Noble-Campbell is a private client services director for Forsyth Barr in Wellington. His mother was one of around 800 Poles, mainly children, who arrived in Wellington in 1944, having survived expulsion from Poland to Siberian war camps, then evacuation to Iran before reaching New Zealand at the invitation of then Prime Minister Peter Fraser.  Noble-Campbell's mother lost four family members after the group escaped from the Siberian logging settlement of Jeglec in the middle of the 1941/42 winter. He will speak to Kim from Warsaw, Poland, where he's attending the 75th anniversary of the evacuation of Polish civilians from the Soviet Union to Iran in 1942, by General Władysław Anders and the Polish Army. The commemoration includes a two-day conference followed by a day of remembrance in Warsaw on Sunday, September 17. 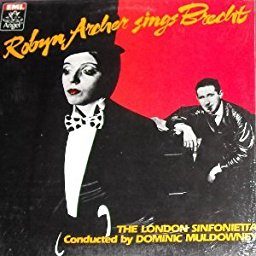 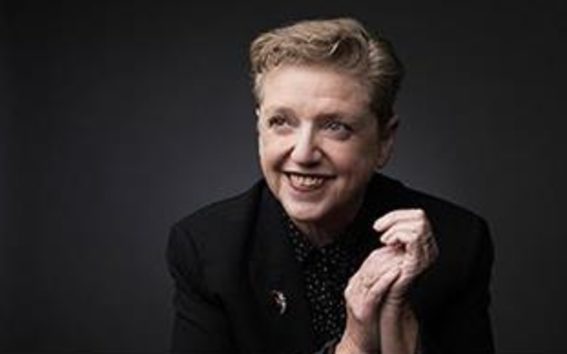 Robyn Archer is a singer, writer, artistic director and public advocate for the arts. She is currently strategic advisor, Gold Coast Arts and Culture, deputy chair of the Australia Council for the Arts, and chair of the National Institute of Dramatic Art's inaugural Master of Fine Arts (cultural leadership). She is an officer of the Order of Australia. Archer's burgeoning career was fast-tracked when her one-woman show -  A Star is Torn -  became a major hit, touring throughout Australia from 1979 to 1983, and playing for a year at Wyndham's Theatre in London's West End. In it, she explored the careers and tragic lives of 13 women performers including Judy Garland, Patsy Cline, and Janis Joplin. Archer's latest work (as director and writer) is called The Sound Of Falling Stars which plays at the Auckland Live International Cabaret Season from September 21-24. In it, she looks this time at the famous male singers who were also taken too soon - Elvis Presley, Kurt Cobain, Jeff Buckley, Sam Cooke and more.

Professor Brian Cox OBE is a British particle physicist at the University of Manchester and Royal Society professor for public engagement in science. He carried out research at the ATLAS experiment at the Large Hadron Collider at CERN, Switzerland and the HI experiment at DESY in Hamburg.  He is also one of the world's most successful science writers and communicators, and will be bringing his record-breaking live science show to New Zealand for the first time when he appears in Auckland and Wellington in early November.  The show will see Cox explore the cosmos as revealed by modern astronomy, and he'll be joined on stage by British comedian, actor and writer Robin Ince, Cox's co-host on the BBC Radio 4's The Infinite Monkey Cage. 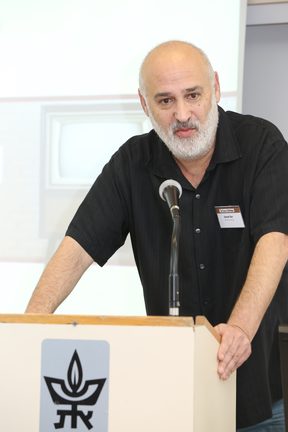 Dr Daniel Dor is the author of The Instruction of Imagination: Language as a Social Communication Technology (2015) which has challenged established ideas about the evolution and utility of language, and he's written extensively on linguistics while touring the world to share his theories. Dor is also an activist who has frequently criticised the Israeli treatment of Palestinians. He is former chair of the Center for the Protection of Democracy in Israel, author of two books (one award-winning) on Israeli propaganda and, with his wife Lia Nirgad, set up an NGO to monitor the activities of the Knesset vis-a-vis Palestine. Dor is visiting New Zealand to give this year's Hood Lecture at the University of Auckland on September 18, entitled Speaking across the gap: Language as a communication technology. 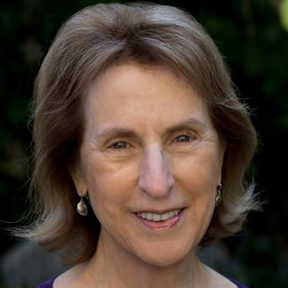 Midge Sanford began a film production company with business partner Sarah Pillsbury in 1982 to form Sanford/Pillsbury Productions, a pioneering team of women producers in a male-dominated industry. The pair's first project, Desperately Seeking Susan, helped put them on the map and led to a string of films including River's Edge, Eight Men Out, And The Band Played On, and How to Make an American Quilt, among others. Sanford is a member of the Academy of Motion Picture Arts and Sciences and is on the academy's foreign film committee. She served on the advisory boards of the Alliance of Women Directors as well as Project Involve, a film mentorship programme for minority filmmakers. She has been a panelist at film festivals around the world, including Sundance, Toronto, Vancouver, Rio de Janeiro, Australia and Puerto Rico. Sanford will speak about making independent films at this year's Big Screen Symposium at Auckland University's Business School September 30 - October 1. 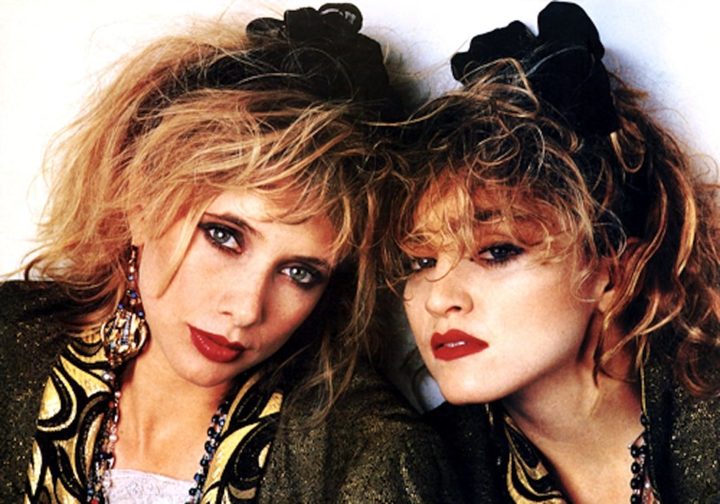 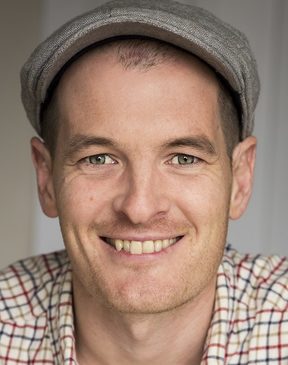 Kip Chapman is an actor, playwright and director who is having a very busy 2017. He directs That Bloody Woman, a rock opera about Kate Sheppard, and is also the  co-creator, writer and director of Hudson and Halls Live!  Both shows are touring the country currently and will also play a the Nelson and Tauranga Arts Festival (That Bloody Woman will also play the Napier Arts Festival). Chapman is also creative director of this year's World of Wearable Art.  He's had acting roles in Top of the Lake and the Toa Fraser feature film 6 Days. Chapman believes some established New Zealand theatres do not cater enough to young audiences and has committed himself to rectifying what he sees as this imbalance. 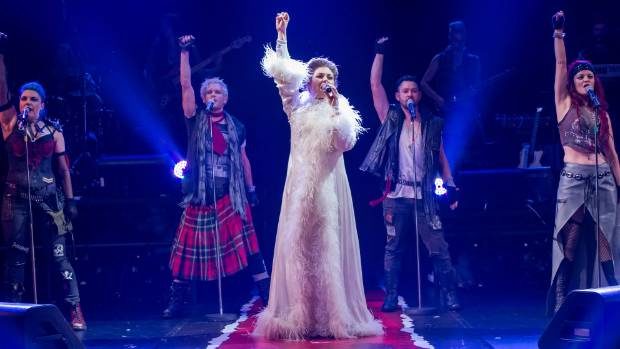 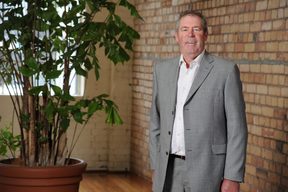 Sir Richard Faull is a neuroscientist and is highly regarded internationally for his research into the workings of the human brain. He is founder and director of the University of Auckland's Centre for Brain Research (CBR), director of the Neurological Foundation Human Brain Bank at the CBR, and instigated the annual Brain Day that invites the community to the campus to learn more about neurodegenerative diseases such as Alzheimer's, Parkinson's and Huntington's diseases. He was made a Knight Companion of the New Zealand Order of Merit in the New Year Honours list 2017 for services to brain research. Bernie Crosby is the founder, and now a director of Prolife Foods, one of NZ's largest privately owned and operated food businesses. In 2005 Crosby was diagnosed with Parkinson's disease. He has joined forces with researchers at the CBR and devoted himself to helping fundraise a million dollars in research funding over five years, with one of his aims being the elimination of Parkinson's. 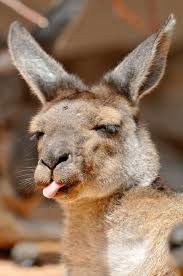 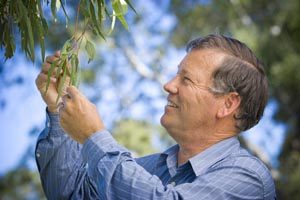 Associate professor David C. Paton is head of the discipline of ecology and evolutionary biology at the University of Adelaide. He has contributed to the understanding and management of Australia's natural environment for three decades and is highly regarded for his research activities at Kangaroo Island and the Coorong National Park of South Australia. This week, in the wake of statistics that show Australia's kangaroo population has reached 45 million - double that of the human population of the country - he courted controversy by saying the animals need to be culled and eaten in large numbers because of the threat to biodiversity their exploding numbers pose.