This Saturday Morning: Kim talks to Judge Silvia Fernández de Gurmendi, who grew up during a time of mass civil instability in Argentina and parlayed her experience into first setting up, then heading up, the International Criminal Court; Jonathan Bielski, the new artistic director of the Auckland Arts Festival, explains what it's like filling the shoes of the legendary  Carla van Zon; bioethicist Josephine Johnston previews a visit to New Zealand to talk about the ethics of gene editing; Australian horticultural guru and the force behind the hugely popular Yates Gardening Guide, Judy Horton, on spreading the gospel of gardening; industrial designer, WOW finalist over several years and Weta Workshop alumni Dylan Mulder on his impressive turn at Cirque du Soleil in Montreal, and finally, writer, journalist, and producer Colin Hogg brings his favourite tracks to the studio in a discussion about his vast career and his latest book, The High Life. 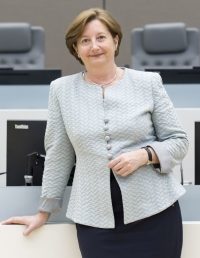 Judge Silvia Fernández de Gurmendi helped to set up the International Criminal Court, and is now its president. Her academic experience includes professorships of international criminal law at the universities of Buenos Aires and Palermo. Fernández was briefly in New Zealand this week to speak to the Auckland Law School, marking 15 years since the ICC's founding treaty, the Rome Statute, in 2002. The Court is busy with trials and investigations and has made some progress in addressing grave international crimes such as the use of child soldiers, sexual violence in conflict and the destruction of cultural property. Fernández also this week visits Samoa to attend the Pacific Islands Forum where she will put the case for eight non-member Pacific states - Kiribati, Micronesia, Niue, Palau, Papua New Guinea, Solomon Islands, Tonga and Tuvalu - to become parties to the Rome Statute.

This week, the woman credited with launching the second wave of the feminist movement, Kate Millett, died aged 82. Her 1970 book Sexual Politics sought to analyse patriarchal power in many ways, including deconstructing sex scenes written by three enormously influential male writers - Norman Mailer, D.H Lawrence and Henry Miller. The controversial book propelled her to fame and fortune but she remained ambivalent about her leading role in the feminist movement of the time.  Maggie Doherty, a writer and academic based at Harvard University, has had work published in The New Republic, Dissent and the New Yorker.  Last year she wrote an article defending the enduring legacy of Kate Millett's Sexual Politics for The New Republic.

Jonathan Bielski, who began his career in theatre as a lighting designer in Palmerston North, has taken over the job of artistic director of the Auckland Arts Festival from Carla van Zon, and will lead programming of the 2018, 2019 and 2020 festivals. Most recently, Bielski was the project director for Auckland Theatre Company's new ASB Waterfront Theatre, and was at Sydney Opera House for 13 years as head of programming and then director of programming.   Bielski has announced his first two shows in the March 2018 Festival, one a performance of the classic romantic ballet Giselle by the English National Ballet, choreographed by dance superstar Akram Khan, and the other a performance of George Orwell's 1984 by UK theatrical innovators Headlong.


9:30 Josephine Johnston - Promises and pitfalls of editing our genes

Josephine Johnston is the director of research at New York-based The Hastings Center,  the world’s first bioethics research institute. She is an expert on the ethical, legal, and policy implications of biomedical technologies, particularly as used in human reproduction, psychiatry, genetics, and neuroscience.  Her current projects address the ethical implications of new kinds of prenatal genetic tests, the relationship between gene editing technologies and understandings of human flourishing, and the potential use of genetic sequencing technology in newborns. A New Zealand-trained lawyer with a master's degree in bioethics and health law from the University of Otago, Josephine Johnston will be in New Zealand in late September to give a series of talks about the ethics of gene editing for the Royal Society. 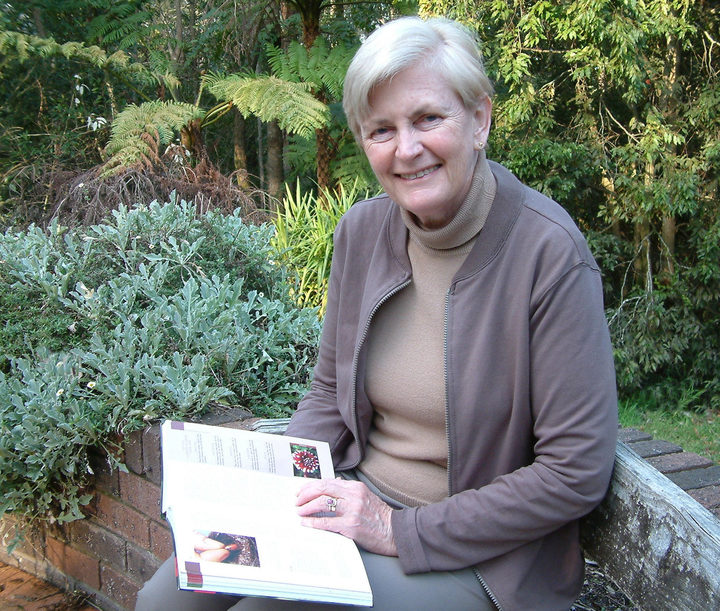 Originally a schoolteacher, Judy Horton is one of Australia's pre-eminent voices on all things gardening. She's worked in retail nurseries and with the New South Wales National Trust as a bush regenerator, but her main job (before retiring recently) was working for the Yates company for over 20 years, writing newsletters, information sheets and press releases, as well as editing  the Yates Garden Guide - Australasia's best-selling gardening book, the 79th edition has just been published. She also maintained the Yates archives, stretching back over 125 years. Horton has written three gardening books plus many articles, and maintains several radio slots, including a Saturday morning slot on the ABC. In 2012 she was awarded the Golden Wattle Award, the highest award from the Australian Institute of Horticulture, for her contribution to the sector. While she still occasionally gets time to enjoy her own garden on 2ha at Dural, Horton's main ambition is to encourage others to enjoy gardening.

10:40  Dylan Mulder - From the World of Wearable Art to the world 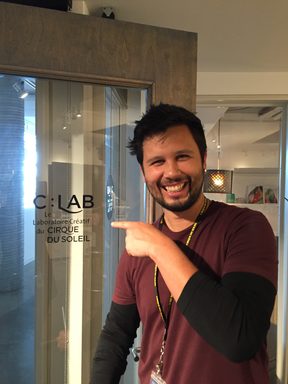 Dylan Mulder is an industrial designer who was a finalist in the World of Wearable Art competition four times, winning awards in 2013, 2014 and 2016.  In 2016, he won the Wearable Technology and Cirque du Soleil awards for his futuristic Digital Stealth God designs - garments inspired by ancient Egyptian dynasties which he envisaged as still reigning in a parallel universe. That win bagged Mulder a one-month internship to work at Cirque du Soleil's Canadian headquarters, which has led to ongoing work with the pioneering entertainment company, and Mulder hopes to return to its Montreal headquarters soon.  He has also worked as a freelance designer in the movie industry, including at Weta Workshop. Mulder was born in Mosgiel and is a descendant of the  master weaver Dame Rangimarie Hetet. World of Wearable Art 2017 opens in Wellington on September 21.

The WOW work of Dylan Mulder 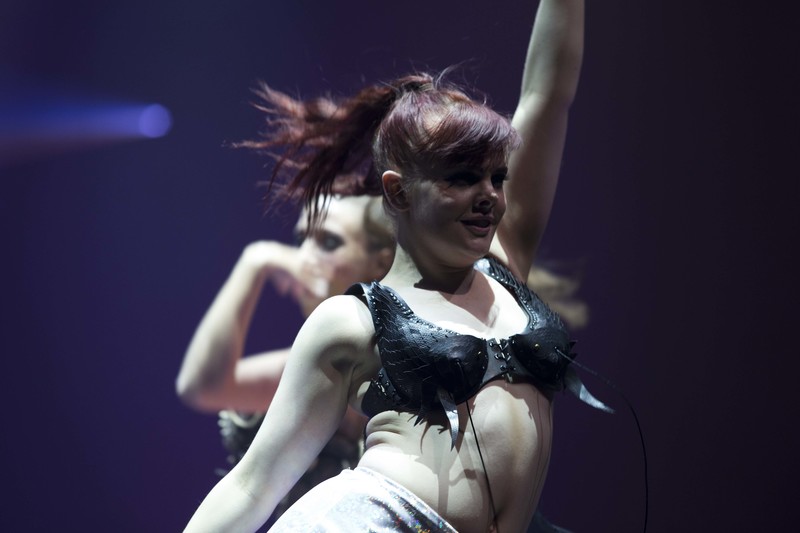 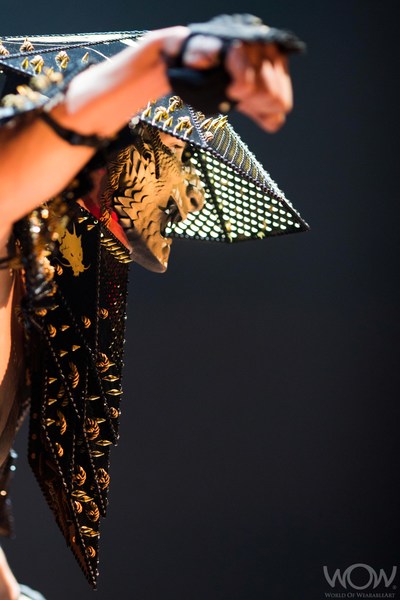 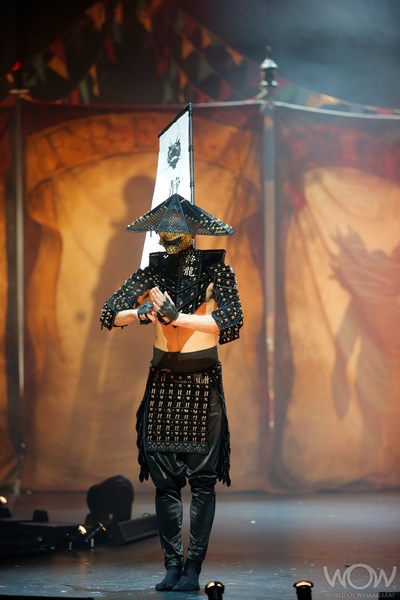 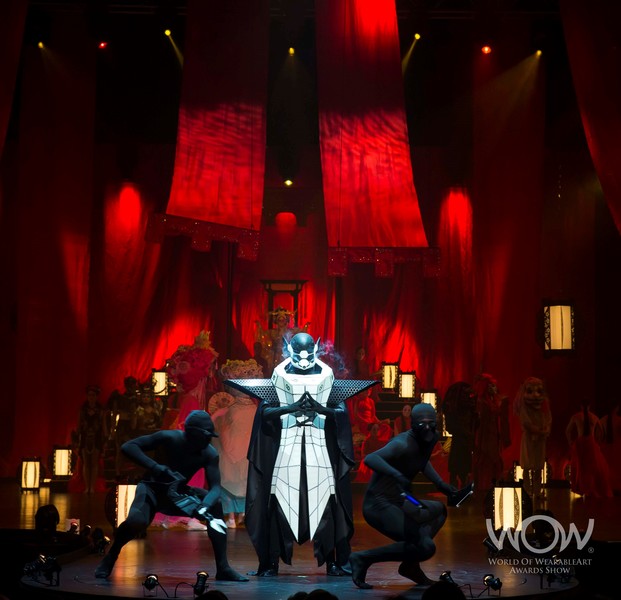 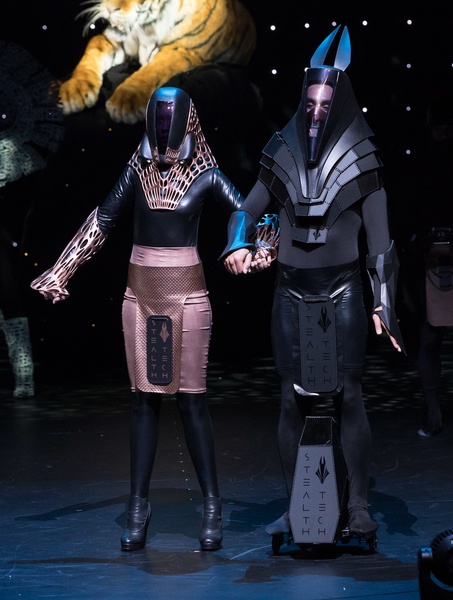 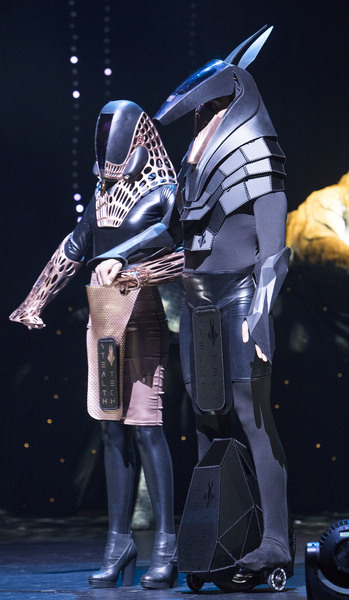 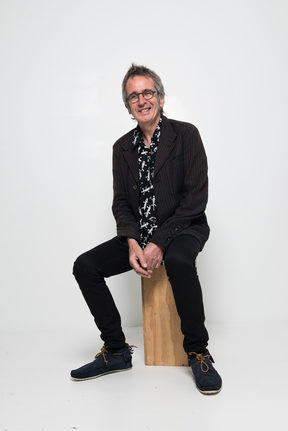 Colin Hogg has worked for several decades in newspapers, magazines and television, and has also published several books. In 2000, he won a national television scriptwriting award for his work on Crump, a feature-length documentary about writer Barry Crump. He conceived and wrote two series of the TVNZ 1 arts programme Mercury Lane, wrote and produced documentaries including A Flock of Students (DNZ) and History Man (a TVNZ Festival NZ documentary on writer Michael King).  He conceived Ask Your Auntie, the hit five-nights-a-week advice show which played for three seasons on Maori Television. He has also written scripts for many TV documentaries and series, including nine seasons of popular TVNZ series The Zoo. Colin Hogg's latest book is The High Road, which sees him and faithful sidekick Bruce hit the high road in America on an exploration of a wild new world, where cannabis is free and easy. He'll be talking about the book at the Going West Books & Writers Festival, on September 10.