On Saturday Morning: Kim talks to Emeritus Professor of Public Policy, Ian Shirley, about a long career that includes earning the wrath of Robert Muldoon - and successive bureaucrats through decades of political change; Dr Stuart Henrys and Dr Chris Hollis from GNS on a new and pioneering scientific ocean adventure aimed at plotting the world's eighth continent; Rob Wilkins, who was Sir Terry Pratchett's friend, business manager and now executor, explains why the late author's hard drive had to be steamrolled;  Rebecca Rudolph, one half of hot new LA design consultancy Design, Bitches, on the ways in which she aims to expand the definition of architecture at NZ's inaugural Festival of Architecture this year; toy designer Jon Carroll on his great job transforming film characters to robotic toys - and where toys are heading for children of the future; journalist-turned-soap writer Nick Malmholt; and Mary Kisler ends the show with a description of her time in Florence scoping out works for the Auckland Art Gallery's new exhibition, The Corsini Collection. 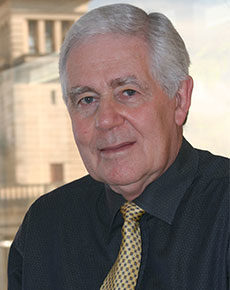 Ian Shirley is Emeritus Professor of Public Policy, founder and member of the Policy Observatory and a former Pro Vice Chancellor at the Auckland University of Technology.  Professor Shirley was New Zealand's first Professor of Social Policy and over the past three decades he has held foundation and personal chairs in public and social policy as well as visiting professorships and fellowships at a number of international academies. At AUT Professor Shirley established the Institute of Public Policy and led the engagement of the institute with the formation of Auckland's Super-City, then led a review of Auckland's governance five years later. He led ministerial councils for both Labour and National administrations and participated as a member of research advisory boards and panels for the National Research Advisory Council, the Royal Society and the New Zealand Government's Bioethics Council.  Professor Shirley's most recent initiative saw him establish a series of briefing papers and the building of a Policy Observatory based at AUT, engaging scholars from both New Zealand and overseas. 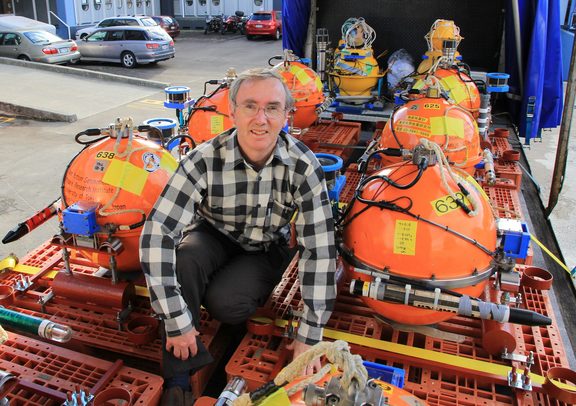 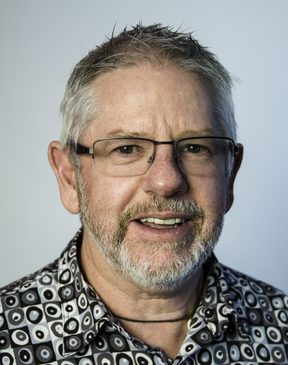 GNS Science geologists and geophysicists have added an eighth continent called Zealandia to the world map this year. At 4.9 million square kilometres - roughly the same size as India - it's the world's smallest continent, and 94 per cent of it is underwater.  GNS Science and partners are embarking on a longterm programme to  to probe the seafloor of the continent, with a string of six voyages just started under the banner of the International Ocean Discovery Program. GNS' Dr Stuart Henrys currently leads New Zealand's consortium of institutions that comprise membership of IODP and has served on its Science Evaluation Panel.  Dr Chris Hollis is a paleontologist and paleoclimate scientist who led New Zealand's efforts to join the 23-nation International Ocean Discovery Program in 2008, participated in an expedition in 2012 and is one of the proponents on the current expedition in the north Tasman Sea.

Rob Wilkins was British author Sir Terry Pratchett's assistant, business manager, and friend.  When Sir Terry died in 2015 after a battle with Alzheimer's disease, he left instructions for his unfinished books to be destroyed - and not just destroyed, but 'steamrolled', to retain what he called the 'magic' of his work.  A faithful observation of his wishes happened this week, when his hard drive was destroyed by a vintage steamroller  named Lord Jericho at the Great Dorset Steam Fair.  The crushed hard drive will be displayed at England's Salisbury Museum in September, as part of the exhibition, Terry Pratchett: His World. Sir Terry was thought to have left as many as 10 unfinished novels in some form after his death at age 66. 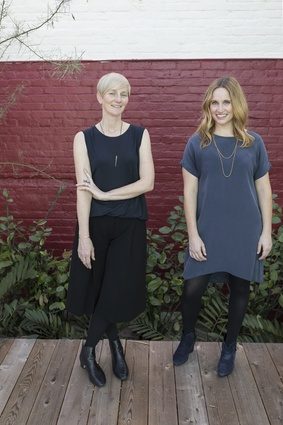 Rebecca Rudolph is a principle at Los Angeles firm Design, Bitches, an architectural design practice seeking to expand the definition of architecture.  Rudolph and business partner Catherine Johnson co-founded Design, Bitches in 2010, and both are native Californians. The pair collaborate on projects that range in scale from brand identities to commercial spaces and residential and cultural buildings and have won awards and acclaim for their eclectic style. Rudolph and Johnson will be keynote speakers at NZs inaugural Festival of Architecture (September 7-17th) and will give free public lectures in Auckland (September 11), Wellington (September 13), and Christchurch (September 15).

The work of Design, Bitches 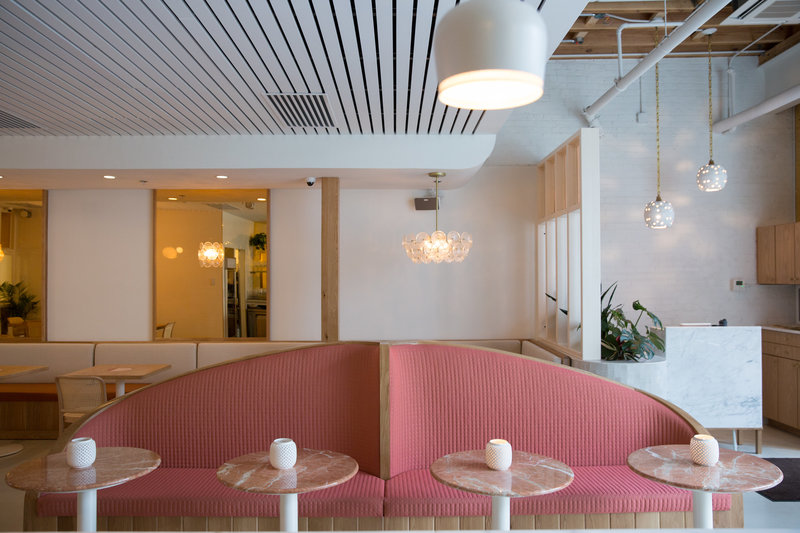 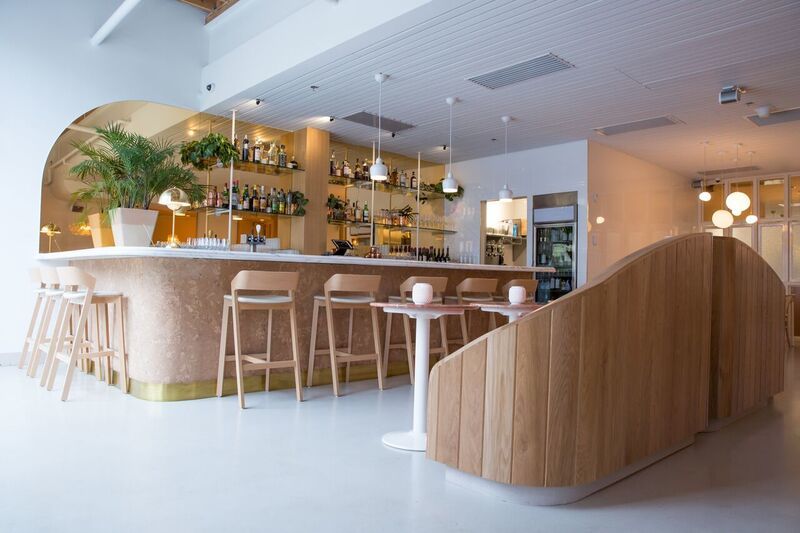 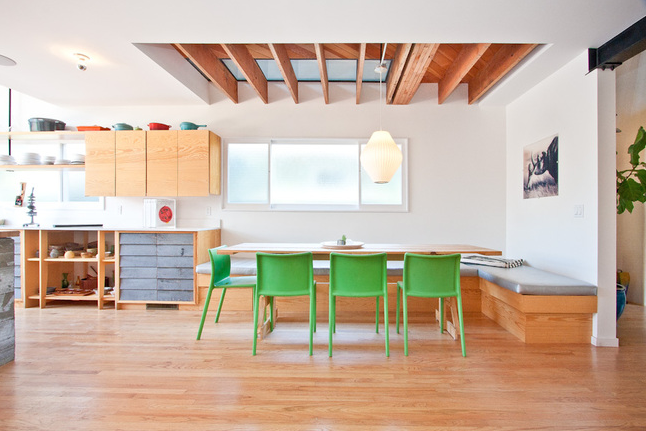 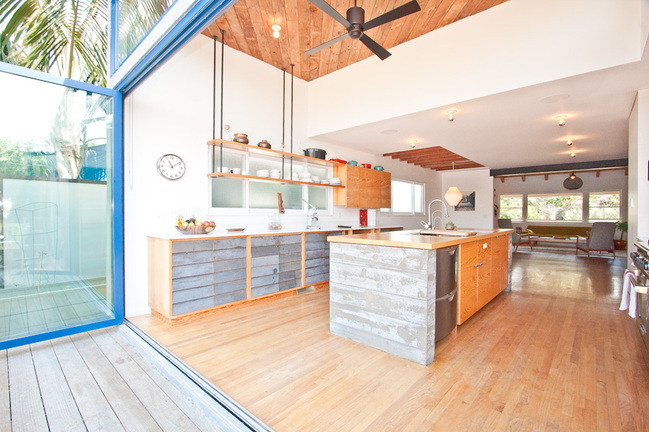 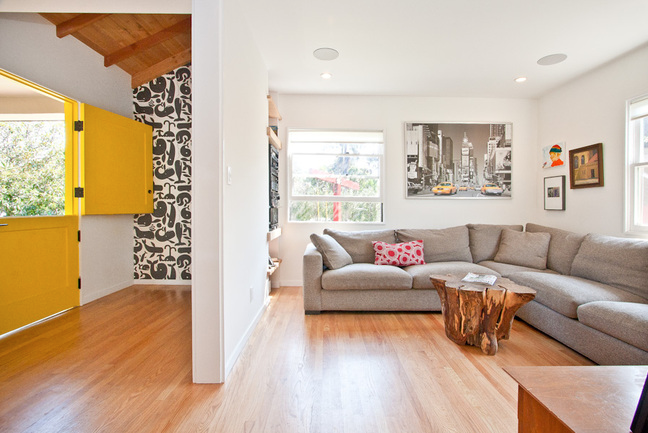 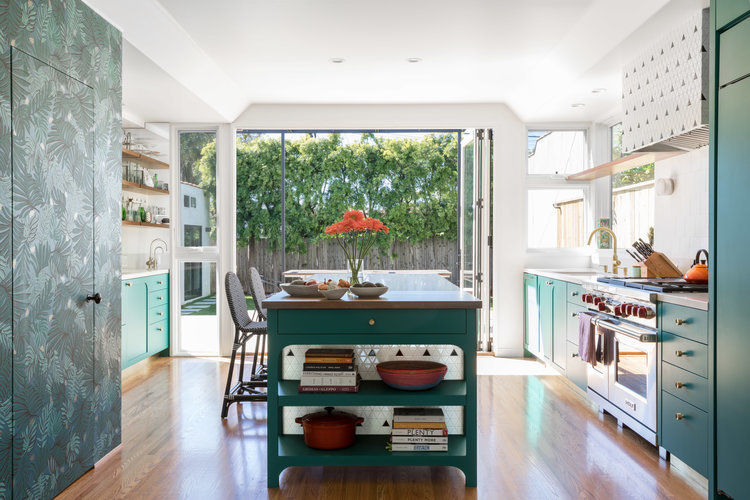 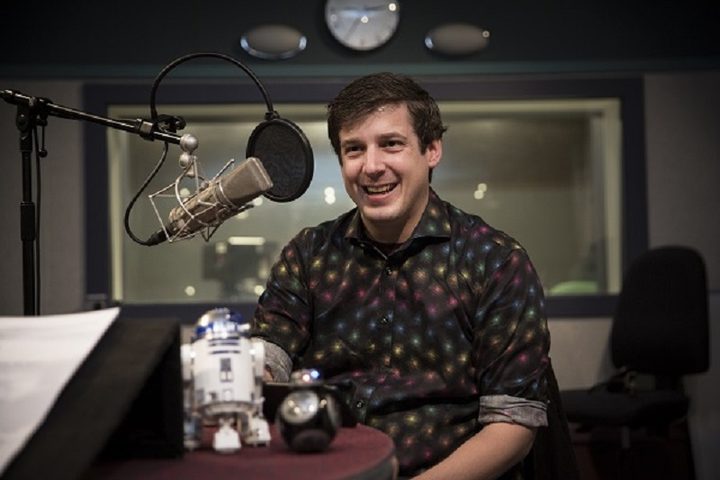 Jon Carroll is founder and Director of Prototyping at Sphero, an award-winning US company that fuses robotics, apps, entertainment experiences and digital technology to create a new wave of toys. The company's made its name with Star Wars BB-8 droid toys which have adaptive personalities and expressions that change as they're interacted with. Sphero has also made an Ultimate Lightning McQueen with animated eyes and LED head and taillights, and an  interactive Spider-Man who you can ask to tell you a joke, ask trivia questions, give you the time, guard your room or wake you up. Carroll is in NZ with some current Sphero merchandise, including two new products (the BB-8™, BB-9E™, and R2-D2™ Astromech Droids) released on 'Force Friday', the day all new Star Wars merchandise is released across the world - this year on September 1.

Nick Malmholt  is script producer on Shortland Street. Since he kissed goodbye to his career in journalism, Malmholt has worked as a writer, executive producer and creator on productions around the world including Neighbours, Bad Girls and the gold standard of soaps - Coronation Street. He joins Kim to talk about mining the best and worst of humanity to write drama, and about life on Aotearoa's most successful soap opera.

11:40  Mary Kisler - The Corsini Collection: A Window on Renaissance Florence 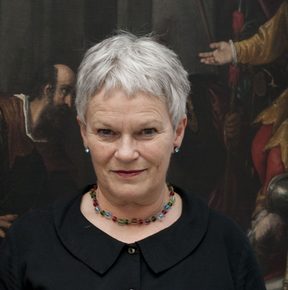 Mary Kisler is the senior curator, Mackelvie Collection, International Art, at the Auckland Art Gallery Toi o Tamaki. Along with Dr Ludovica Sebregond, she has curated a new exhibition at the gallery called The Corsini Collection. Opening on September 2, the works are drawn from the extensive private art collection of the eminent Corsini family in Florence, Italy, and include  Renaissance and Baroque painting by artists such as Botticelli, Caravaggio, Andrea del Sarto and Pontormo. It is the first time this collection has toured outside Italy and the first time a Florentine private collection will be displayed in New Zealand.

Highlights from the Corsini collection 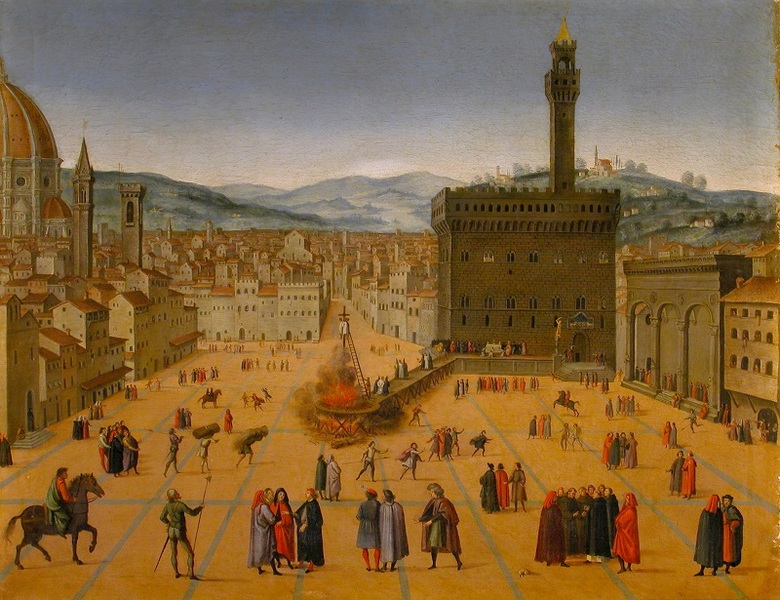 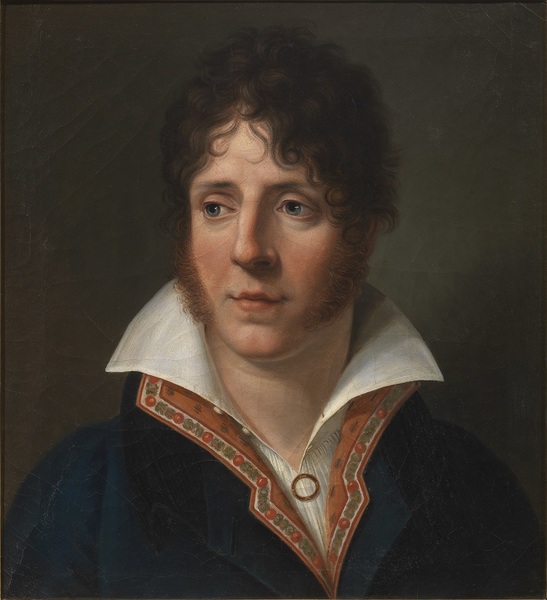 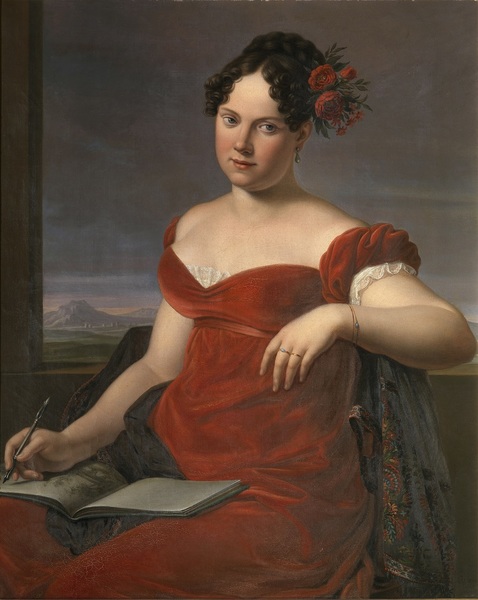 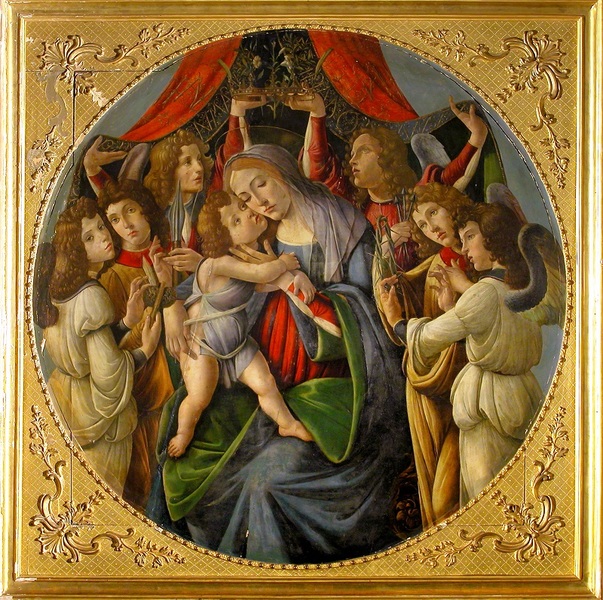 Sandro Botticelli and workshop, "Madonna and Child with Six Angels" circa 1500, tempera and oil on board, Florence, private collection 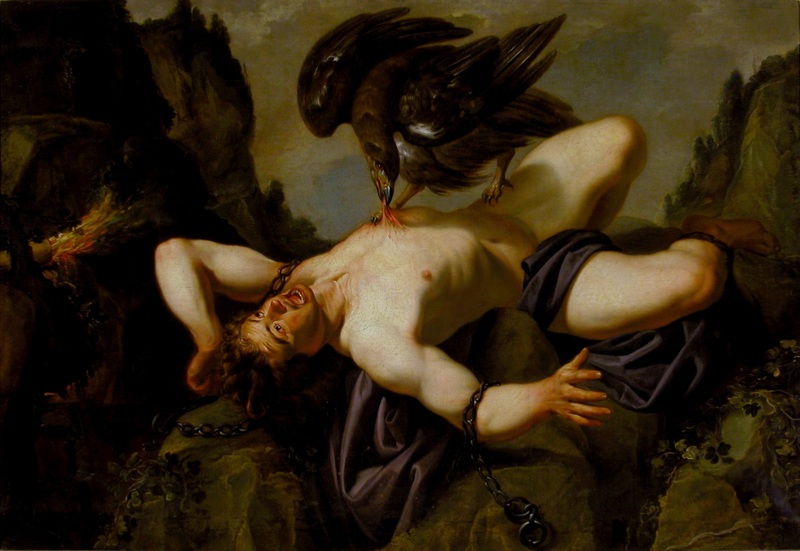 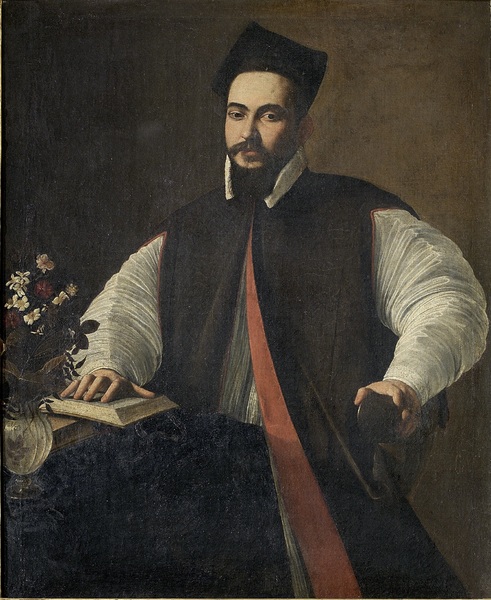