This Saturday Morning: Kim talks to the deputy editor of German weekly news magazine Der Spiegel, Dirk Kurbjuweit, about his terrifying experience of being stalked - and the novel he wrote about it; Scottish Indophile William Dalrymple gives an overview of his new book about the bloodthirsty history of the infamous Koh-I-Noor diamond, now residing with the British Royal Family but claimed by many countries across Asia; Professor Will Steffen outlines his 'beginner's guide to the Anthropocene'; documentary maker Juliette Veber on her four-year project following teen mums; Dr Cynric Temple-Camp outlines a 30-year career in forensic pathology, including, for a time, a role in the Mark Lundy appeal case; and finally, one of the finalists in the Auckland-wide Stand Up Stand Out talent quest, Sonatane Kaufusi, performs a song while his music teacher Tim Randle explains how he makes stars out of students. 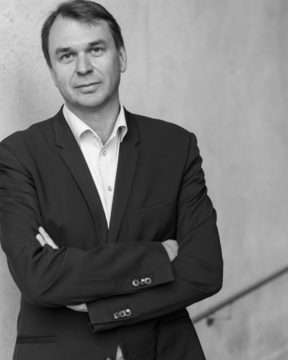 When German author and journalist Dirk Kurbjuweit, his wife and young family were stalked and terrorised by a downstairs neighbour his lawyer said she didn't think the law could help, but she would organise a gun for them. Kurbjuweit is the author of eight novels, one of which is Fear - a fictionalised account of this experience and the first of his books to be translated into English. He is also deputy editor-in-chief of German weekly news magazine Der Spiegel and has won several prizes for his journalism. The German federal election will be held on September 24 and Kurbjuweit recently wrote an opinion piece in which he said Martin Schulz's bid to become the country's next chancellor "fosters new hope for a liberal democracy in crisis". 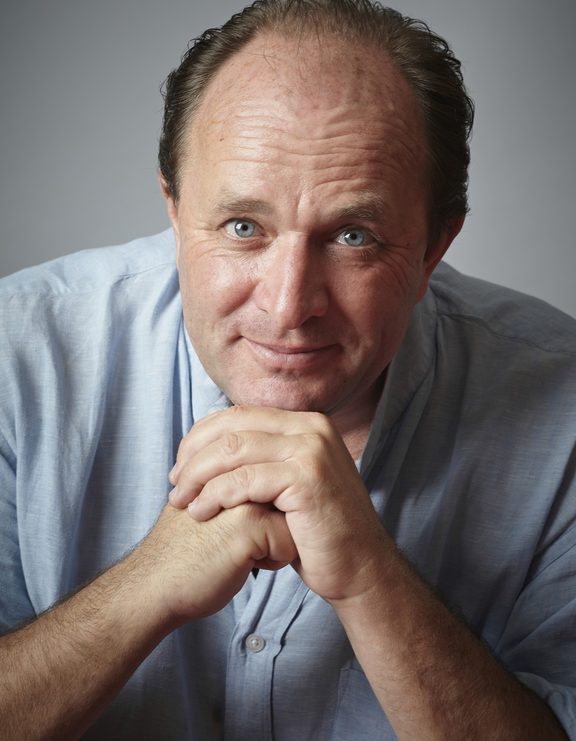 William Dalrymple was born and raised in Scotland and educated at Ampleforth and Trinity College, Cambridge. In 1986, while still at college, he set off to follow on foot, the outward route of Marco Polo from Jerusalem to Mongolia and wrote a highly-acclaimed bestseller about the journey, In Xanadu, when he was twenty-two. In 1989, Dalrymple moved to Delhi where he lived for five years researching his second book, City of Djinns. Two more acclaimed travel books followed, before Dalrymple changed genres to history, writing two extensive histories of great Indian ruling dynasties and several more including Nine Lives: In Search of the Sacred in Modern India. Dalrymple is a Fellow of the Royal Society of Literature, the Royal Geographical Society and of the Royal Asiatic Society, and is a founder and co-director of the Jaipur Literature Festival. He is a regular contributor to the New Yorker, the Guardian, the TLS, and The New York Review of Books, and is the India correspondent of the New Statesman.  His latest book, a joint project with author and broadcaster Anita Anand, is Koh-i-Noor: The History of the World's Most Infamous Diamond. 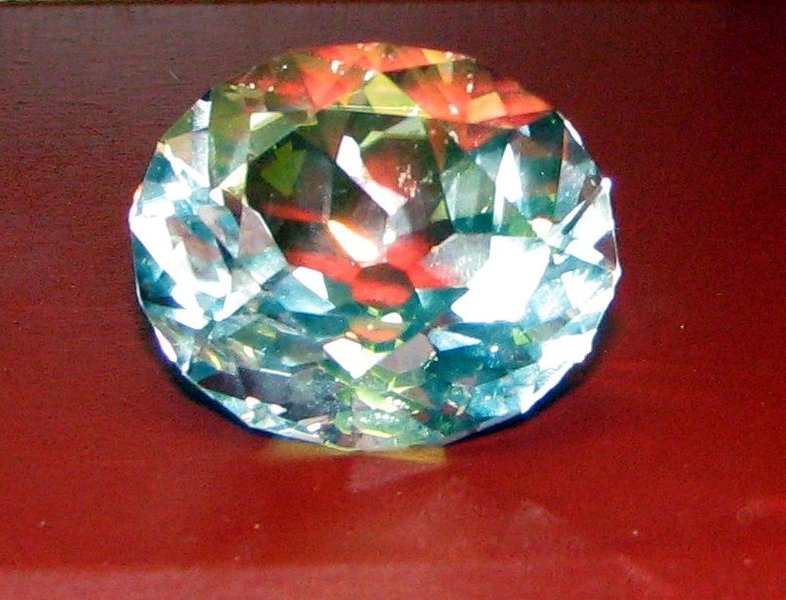 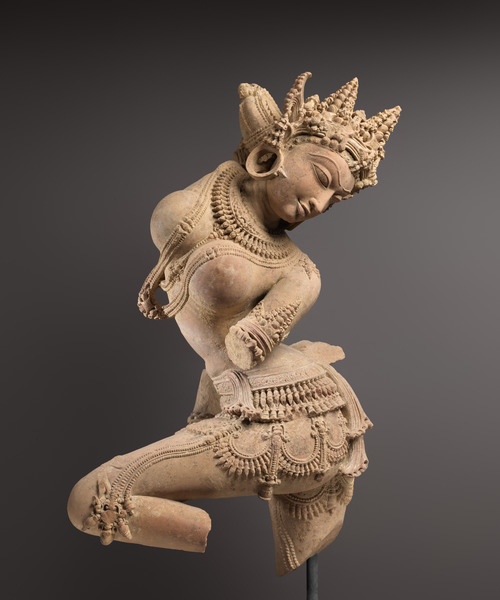 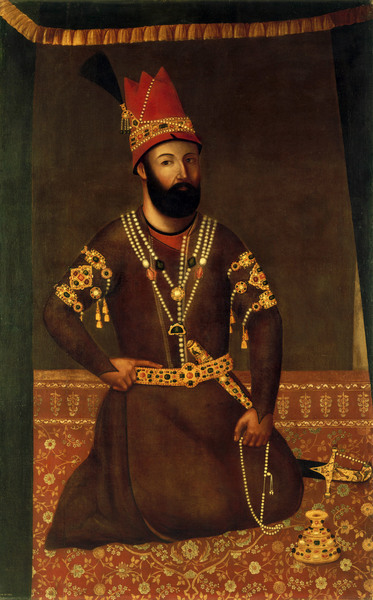 Nader Shah by Muhammad Reza i-Hindi, one of the Indian artists Nader Shah took back to Iran along with the Koh-i-Noor and the Peacock Throne. 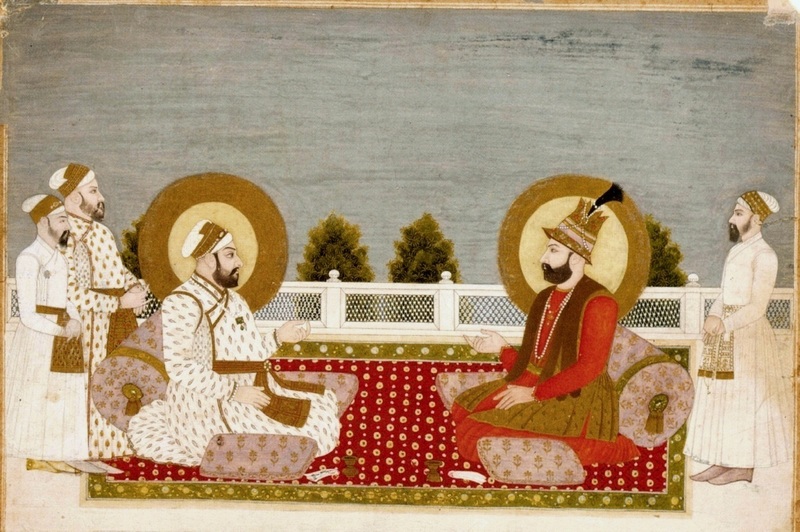 Mohammed Shah and Nader Shah in the Red Fort, 1740. 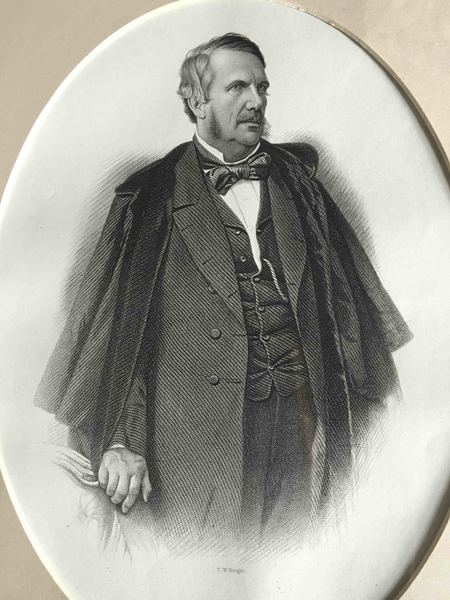 John Lawrence, who claimed to have lost the Koh-i-Noor for a time after he was entrusted with its safekeeping. 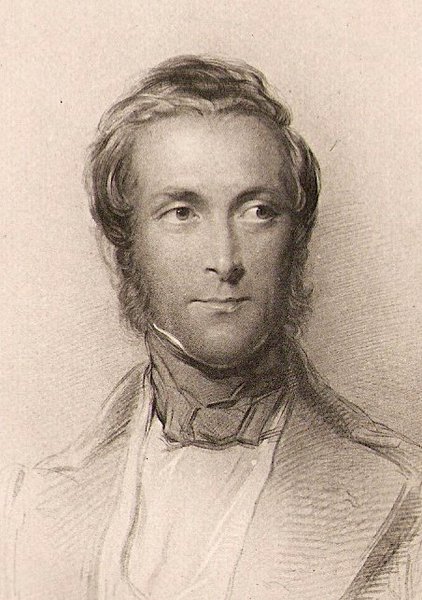 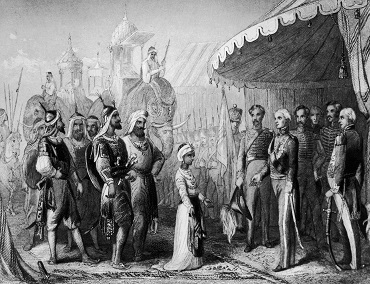 The submission of the Maharaja Duleep Singh to the Governor General, Sir Henry Hardinge, after defeat in the First Anglo-Sikh War. Engraving by J&F Tallis, London, c.1850. 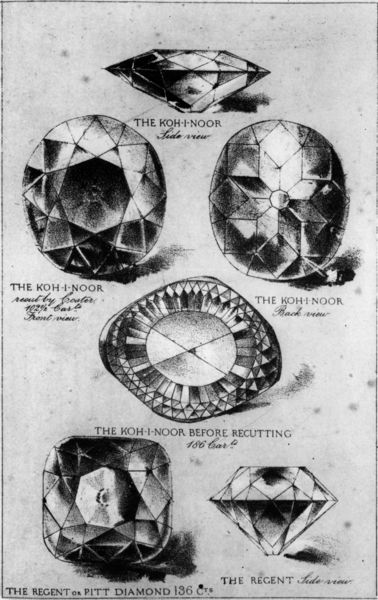 Different views of the Koh-i-Noor, before and after cutting 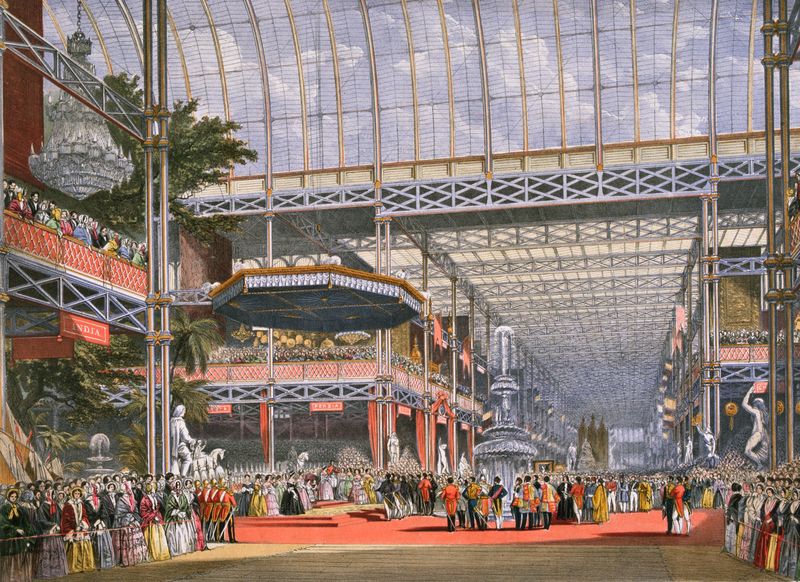 The Grand Opening of the Great Exhibition at the Crystal Palace, May 1st, 1851. This was the first time the Koh-i-Noor was seen by the British public. 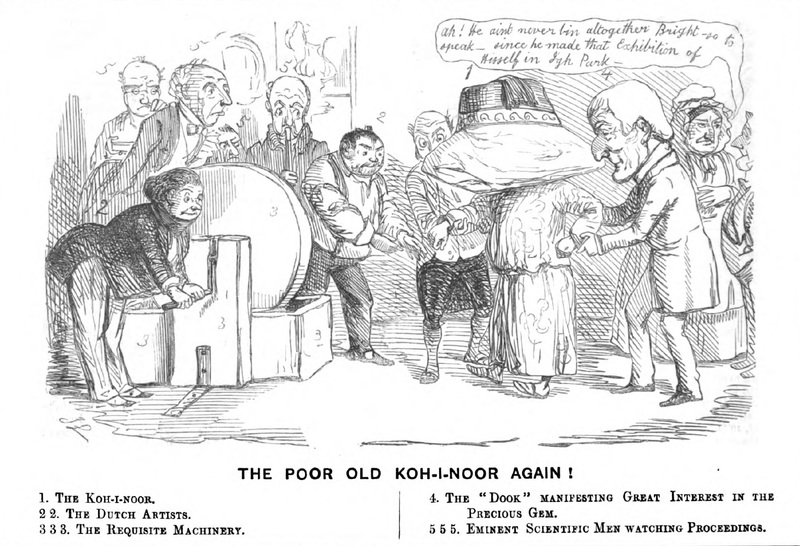 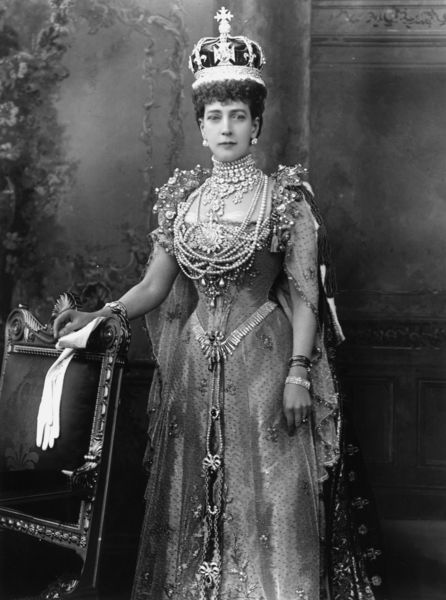 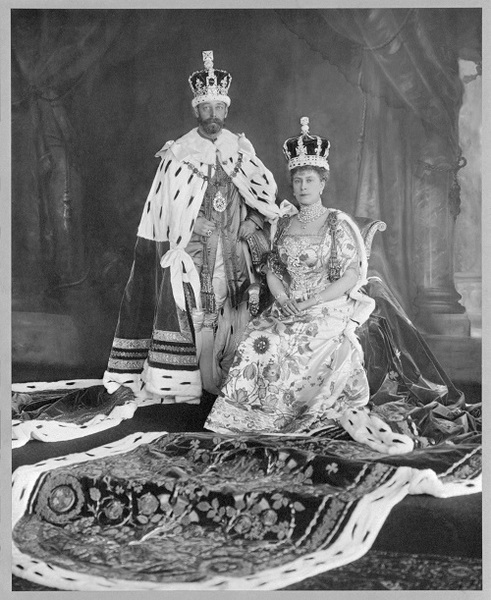 Queen Mary opted for a simplified crown for the coronation of her husband George V in 1911. The Koh-i-Noor was retained at the heart of her design.

10.04 Will Steffen - The Beginner's Guide to the Anthropocene 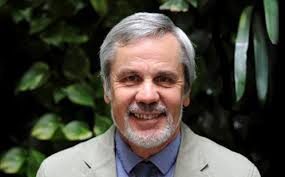 Professor Will Steffen is an Emeritus Professor of earth system science at the Australian National University (ANU), Canberra; and a Senior Fellow at the Stockholm Resilience Centre. He is also a councillor on the crowd-funded Climate Council of Australia that delivers independent expert information about climate change. From 1998 to mid-2004, Steffen served as executive director of the International Geosphere-Biosphere Programme, based in Stockholm, and is a member of the Anthropocene Working Group.  Steffen has recently been hosted in New Zealand by Vector, and while here met with the likes of the Institute of Directors, Sustainable Business Council, central and local government, Ministry for the Environment officials and others to encourage more engagement in the issues of climate change and sustainability. 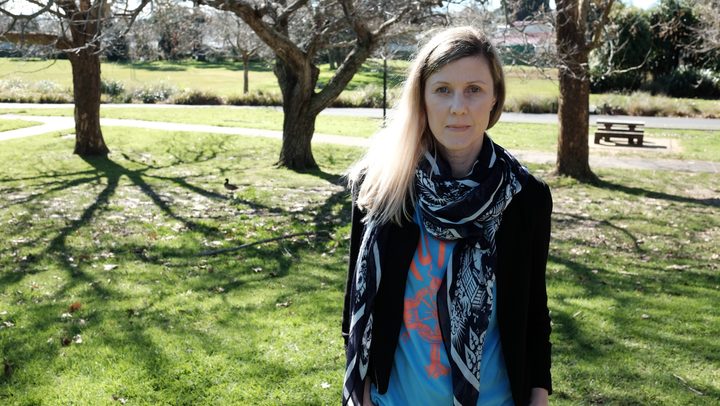 Juliette Veber has been involved in the film industry for 20 years.  After a decade working in production on feature films - including The Price of Milk - and tv commercials, in 2003, she headed to South Auckland to research, shoot and direct her own feature-length documentary film, Trouble is my Business. The observational film - about an assistant principal trying to keep his students in school and out of trouble - premiered at the NZ International Film Festival 2008 and was released in theatres in 2009. After five years as Short Film Manager at the New Zealand Film Commission, Veber returned to Auckland and began research and production on the interactive documentary project Conversations with Teen Mums in 2013.  It has just been released. 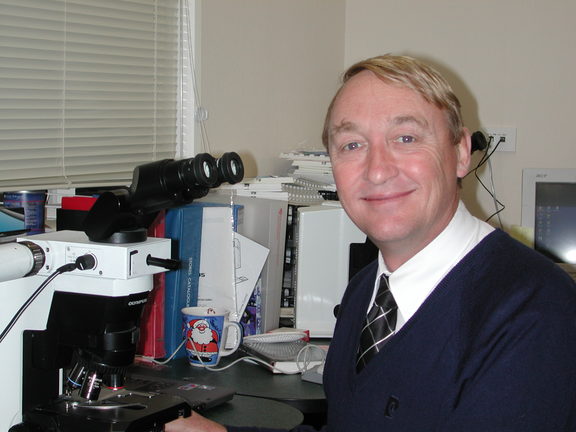 Forensic and criminal pathologist Dr Cynric Temple-Camp was born in South Africa and raised in Zimbabwe.  He settled with wife Elaine and family in Palmerston North in 1987. After joining the local pathology practice in 1989, he has seen it grow from a local practice with 30 employees to one covering across the Lower North Island from Wanganui to Hawkes Bay employing 220 people. Dr Temple-Camp has been CEO of the practice since 1996, leading a team of 12 pathologists. He has just written his first book, The Cause of Death: True Stories of Death and Murder from a New Zealand Pathologist, in which he outlines some of the more interesting stories from his 30-year career, including attending Mark Lundy's Privy Council hearing in London, where he says his credibility was attacked.

11.40  Sonatane Kaufusi and Tim Randle - Stand Up, Stand Out 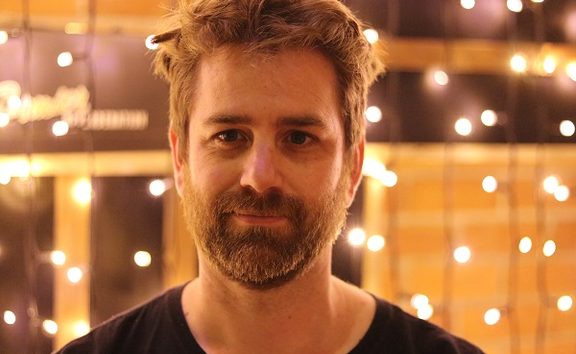 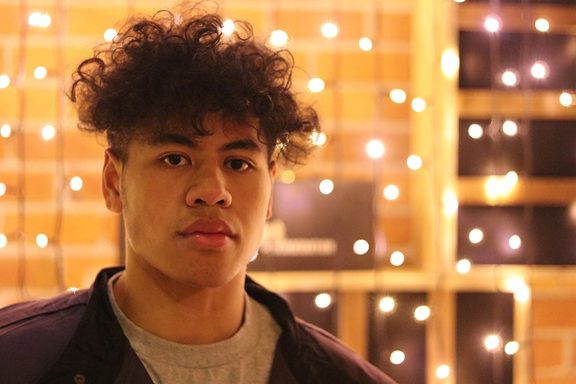 Sonatane Kaufusi is a student in his final year at Manurewa High School, and a singer-songwriter who has made it to the finals of Auckland Council's city-wide annual talent quest, Stand Up Stand Out (SUSO). Both this year and last, Kaufusi made the finals of the smokefreerockquest with his original tunes, and this year has made the SUSO finals in both band and the solo vocal section. He will perform one of his original compositions for Kim, and will be accompanied by his music teacher and mentor Tim Randle, the head of music at Manurewa High School, who has been responsible for many students at SUSO. The finals of SUSO will be held on September 2nd, with winners receiving mentoring, rehearsal time and work with a musical director in preparation for live performances at events and festivals across Auckland.

* The final of Stand Up Stand Out will be held at the Vodafone Events Centre, 770 Great South Road, Manukau, Auckland, on Saturday September 2nd. 1pm start.  $5 entry fee.

Koh-I-Noor: The History of the World's Most Infamous Diamond

by William Dalrymple and Anita Anand

The Cause of Death: True Stories of Death and Murder from a New Zealand Pathologist