Saturday Morning for Saturday 9 May 2015

Alex Massie is Scotland Editor of The Spectator. He also writes for The Times and is a regular contributor to the Scottish Daily Mail. With the UK election delivering casualties in a result the polls didn't predict, he will look at the potential for Scottish nationalists to have a significant voice in opposition in a government they want no part of.

Saudi journalist Ali Al-Ahmed is director of the Institute for Gulf Affairs in Washington DC. He will discuss the international significance of the repositioning of power in Saudi Arabia, where King Salman has abandoned the traditional brother-to-brother lineage, replacing his half-brother with his American-backed nephew Mohammed bin Nayef as crown prince, and elevating his youngest son to deputy crown prince.

Jack Baker was in London on 7 May 1945 as a member of the New Zealand defence forces, when the war with Germany was declared over.

Science writer Philip Ball was editor for Nature magazine for over 20 years, and is the author of a number of books, including Curiosity: How Science Became Interested in Everything (2013, Vintage), Serving the Reich: The Struggle for the Soul of Physics Under Hitler (2014, Vintage), and Invisibility: the Dangerous Allure of the Unseen (Bodley Head). He will visit New Zealand for three events at the 2015 Auckland Writers Festival (13-17 May), and give two Royal Society of New Zealand talks: Bright Earth: the Invention of Colour (21 May, Wellington), and Invisibility: a Cultural History (22 May, Christchurch)
Photo: Richard Haughton 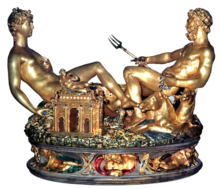 Arthur Tompkins is a District Court Judge, and member of Interpol’s DNA Monitoring Expert Group. He has a special interest in crimes involving artistic masterpieces, and will discuss the 2003 theft of the Cellini Salt Cellar, a part-enamelled gold table sculpture completed in 1543 for Francis I of France by Benvenuto Cellini.
Photo: Jerzy Strzelecki

Dr Girol Karacaoglu has worked at The Treasury since 2012, where he is now Chief Economist and Deputy Secretary, Macroenomic, International and Economic Research.

David Mitchell is the author of six novels, two of which have been shortlisted for the Booker Prize. He lived and taught in Japan for many years, and now lives in Ireland. His most recent novel is The Bone Clocks (2014, Sceptre), and with his wife Keiko Yoshida he translated The Reason I Jump (2013, Hachette), written at the age of 13 by autistic child Naoki Higishida. David Mitchell will visit New Zealand for the 2015 Auckland Writers Festival (13-17 May), holding a (sold-out) workshop and speaking at two events, before heading south for a WORD Christchurch Autumn Season event (17 May). (During the interview, Kim and David discussed the poem Lying in a Hammock at William Duffy's Farm in Pine Island, Minnesota by James Wright, from his collection The Branch Will Not Break.)

Palaeontologist and writer Dr Phil Manning is Professor of Natural History at the University of Manchester and Director of the Interdisciplinary Centre of Ancient Life, and blogs at Dinosaur CSI. He and his team used scanning equipment normally used on space shuttles at NASA to examine the mummified remains of a 67-million-year-old hadrosaur, “Dakota”, and he will speak about this at a series of public talks for Museums Aotearoa and the Royal Society of New Zealand, in Christchurch (11 May), Wellington (12 May), and Napier (13 May). He is also keynote speaker at MA15: Communicating Culture, the Museums Aotearoa conference in Dunedin (6-8 May).