Professor Tim Naish is the Director of the Antarctic Research Centre at Victoria University of Wellington. He will discuss the new findings this week on the decrease in volume of Antarctic ice.

Miranda July is a writer (No One Belongs Here More Than You), filmmaker (The Future, and Me and You and Everyone We Know), and artist whose participatory work includes the messaging app, Somebody. Her debut novel is The First Bad Man (Canongate).
Photo: Todd Cole

Jim Kebbell is a former Catholic priest who set up a co-operative housing project and market garden business with his wife Marion Wood, before starting Commonsense Organics. They now have five stores in the Wellington region, and open their first store in Auckland store next week. 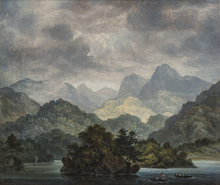 Mary Kisler is the Senior Curator, Mackelvie Collection, International Art, at the Auckland Art Gallery Toi o Tamaki. She will discuss work by the 18th century artist William Hodges, including the painting Dusky Bay New Zealand (April 1773), recently added to the Fletcher Collection, and on display at Waikato Art Museum until 21 June 2015. Images under discussion can be viewed in our online gallery.

Alejandro Aravena runs the Elemental architecture practice in Chile. He is a member of the Pritzker Prize Jury and was the recent winner of the Zumtobel Award for his post-tsunami planning work in Constitucion. He is visiting New Zealand to deliver the 2015 Futuna Lecture Series, with the last lecture at Futuna Chapel, Wellington, on 29 March.

Painter, poet, curator and writer Gregory O'Brien is the author of a number of books. His new collection is Whale Years (AUP), and he is a participant in the Art4Vanuatu online auction (all proceeds go to the Red Cross Cyclone Pam appeal). He will discuss Charles Brasch: Selected Poems (Otago University Press), edited by Brasch’s literary executor, Alan Roddick.