Andrew Roberts is a British historian, public speaker and Doctor of Philosophy, living in New York. He has written or edited twelve books, most recently Napoleon the Great (Allen Lane, ISBN: 978-1-846140273), the result of years of study including visits to St Helena and 53 of Napoleon’s 60 battlefields.

John Darnielle is a musician and author, best known for performing and recording as The Mountain Goats. His debut novel has just been published: Wolf in White Van (Scribe, ISBN: 9781925106237).

Distinguished Professor Peter Schwerdtfeger is Director of the Centre for Theoretical Chemistry and Physics, New Zealand Institute for Advanced Study, at Massey University, Albany. This week, he was awarded the Royal Society of New Zealand’s Rutherford Medal, its highest honour, for his world-leading contributions to fundamental aspects of chemical and physical phenomena in atoms, molecules and condensed matter.

Andris Apse is arguably New Zealand's most acclaimed landscape photographer. He draws from his work of the last thirty years, much previously unpublished, for the new book, Spirit of the South (Penguin, ISBN: 9780143571865), a photographic tribute to the mainland, with essays by Alison Ballance, Anton Oliver, Fiona Farrell and Kennedy Warne. View selected images from the book in this gallery. 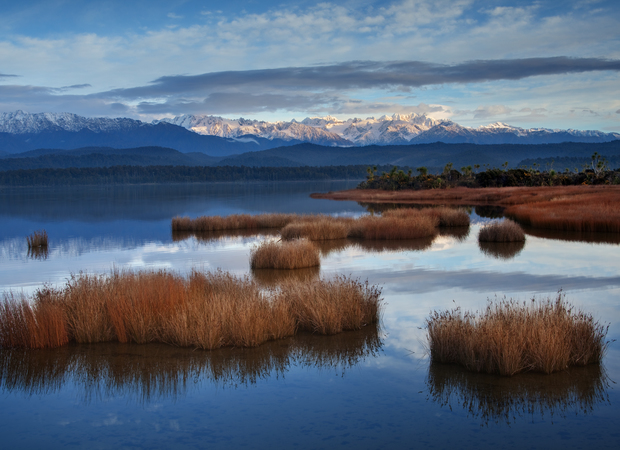 Turkish Canadian performer Memet Bilgin has a computer programming background and was a member of the Turkish national sailing team before forming the aerial duo Wings of Desire, combining dance, mime and aerial acrobatics. He performs two acts, Sanddorn Balance and Spinning Top on Driftwood, in the Spiegelworld show Empire, a blend of comedy, acrobatics, vaudeville and burlesque in a touring Spiegeltent. Empire is currently playing in Wellington (to 21 December), after shows in Australia and Christchurch, then plays in Auckland (6 January to 15 February 2015).

The Mountain Goats: The Best Ever Death Metal Band in Denton
From the 2002 album: All Hail West Texas
(Merge)
Played at around 9:30

The Mountain Goats: Cry for Judas
From the 2012 album: Transcendental Youth
(Remote Control)
Played at around 9:55

Oman and Dreadnought: Summer in Space
The 2014 recording from https://soundcloud.com/le_oman
Played at around 10:50

Wiener Philharmoniker, conducted by Georg Solti: Ride of the Valkyries
From the 1965 recording: Die Walkure – Highlights
(Decca)
Played at around 10:55